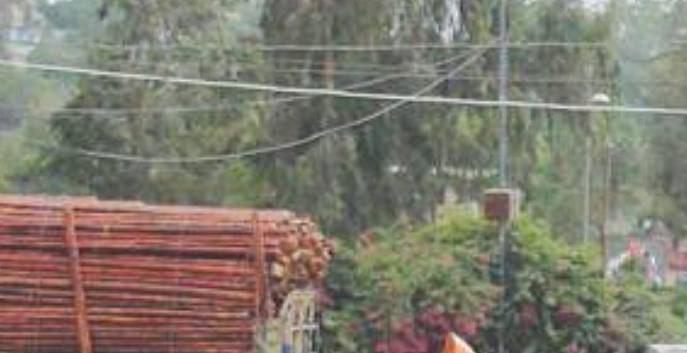 Coquihalla is to Afghanistan what Heavy Rotator is to Pakistan

‘Highway through Hell’ is a Canadian reality show on hazards and heavy rescue in difficult mountainous terrain, unpredictable winter weather, landslides, avalanches and human error. The show focuses on  Coquihalla Highway also called Coq where conventional cranes, towers and wreckers can do some but not all the job. Complicated wrecks in confined spaces need a rotator truck that is one in all. Metaphorically, similarities to Afghanistan, Pakistan and USA are striking.

For the past three decades, Afghanistan located on this geo strategic highway is America’s Coquihalla wreck that USA is in no hurry to clear.

Eurasian and Rimland Theories would soon loose relevance because of Technology. Preponderance of Naval Power crucial to US power projection will be equaled out by interconnecting road and railway links in Asia, Africa and Europe. In anticipation two geostrategic tectonic plates have been moved towards collision. US, Israel and KSA dominate the Southern Front and Pakistan with its new allies must be prevented from making the westward swing possible. This plate crushing is creating the Afghan Coquihalla.

Attempts at bringing stability by Pakistan in 1977, 1996 and 2002 were all dashed. Plucking OBL from Sudan and creating Al Qaida in Afghanistan were never Pakistan’s creations. For more details refer to my articles.

‘A Dream Turned Nightmare’ that appeared in Nation on 4 November 2009 (https://nation.com.pk/04-Nov-2009/a-dream-turned-nightmare)

‘The Elusive Peace: a War of Error that appeared on 1 August 2010 (https://nation.com.pk/01-Aug-2010/the-elusive-peace-a-war-of-error). Yet it can never be denied that Pakistan is the only Rotator that can help change dynamics in Afghanistan to Peace.

US Policy in Afghanistan is a continuation of the Afghan Forward Policy of the British Raj sewed around Spykman’s Rimland to contain Eurasia (Russia, Central Asia and China) against any ingress towards the West (Indian and Atlantic Ocean). The containment strategy became more aggressive in fear of the Communist Revolution and remains so because of multi layered rivalry. Middle East the Southern Front and Pakistan are two crucial links to this containment.

Instability in Afghanistan is the only constant and would remain for many reasons. It provides ingress to Russia’s underbelly, keeps China in check, double contains Iran and Pakistan and keeps the unstable Southern Front of Middle East in US Control.  In nutshell, this instability is a crucial plank of US policy that stalls development in Central Asia, Iran and Pakistan.

But in this century, terrains are no more a barrier. If the decades old template of US policy does not change, nothing will. Most likely, a game of images, propaganda, framing perceptions, coercion and limited interventions will ensue to bludgeon through.

President Trump’s Tweet is a New Year gift to Pakistan. It has glared a long held US contempt that previously had only implied threats to Pakistan. This outright arm twisting and narrows diplomacy provides a window to Pakistan for reassertion. Already, Pakistan is reversing the US term ‘neither friend nor foe to ‘neither foe nor friend’.

To do so Pakistan has inherent potential, regional allies and technology. This combination can lay the foundations of a strategy that circumvents the Rimland. Unlike initiatives of Zulfiqar Ali Bhutto and Benazir Bhutto whose stability forays in Afghanistan meant death warrants, new initiatives are coming as a cause with complete national consensus and major international backing.

The military establishment often blamed for the pro US tilt has a 15 years combat experience of cooperating with USA and assimilated all dimensions of the relationship. Even a pro US regime will find it challenging these initiatives. The cover up of a military defeat in Afghanistan to insulate its core interests will back fire. Even Pentagon touted as cousin of Pakistan’s armed forces having limited ground combat capability finds it convenient to blame Pakistan army that has outdone it in such operations. The space in military diplomacy is now very narrow. If Pakistan is sidelined, consequences for USA will be contrary to its goals.

If USA persists and If Pakistan and its allies play it right, the next decade runs risk of tragically reducing Afghanistan to a land locked, inconsequential isolated pocket of instability; not because Pakistan wants it to happen but because USA would shape it so.

The world must understand that in a primordial and lawless Afghanistan not much has changed since the ‘Caravan’ of James A Michener. Imposition of West Educated elites, emergence of narrow developed urbanisation and gratification of war lords will not reset the social landscape. Rather, it will fuel more dissent in the society. To gel Afghanistan into a modern federation, Pakistan provides the only family, ethnic, language and cultural link to the majority of Afghan people continuously reflected in the resistance to occupation since the 80s.

US military interventions in Canada, South America, Middle East, East and Far East were US defeats. It failed in Afghanistan and will be disastrous against Pakistan. In US policy, friends and foes have alternated as convenient children of opportunity. US policy of punishment and sanctions has failed throughout history. Pakistan is no walkover and I wish that Pakistan does not blink.

The liberal economic order with jazzy terms like interdependence, globalisation, free trade and trans-nationalism were just another form of neo imperialism and colonialism. This jargon has also infected a segment of Pakistan’s educated elites who will target the armed forces and political parties. Let the sanctions come and Pakistan will fight back with its potential. Hasn’t Pakistan survived the 13 years sanctions as recent as 9/11. A time will come when Pakistan and China will break the shackles of a militarised and terrorised Rimland. Then the capitalist world will come to realize the full potential of economic liberalism.

Pakistan’s rival India wants to make hay while the sun shines to turn tables on Kashmir like US-Israel-Saudi nexus has done in Palestine. USA and India are in a game of mutual baiting, knowing well that the relationship is based on deceit. It is nigh possible that the world may one day awake to such a Trump Tweet.

The prime objective of enlisting India and creating AFPAK in the US Long War policy was to make Pakistan go berserk and burn into a bigger war theatre like Middle East. Pakistan’s armed forces and law enforcement agencies fought back and foiled such a scenario. Despite many self-engineered economic crises, Pakistan continued to wade through. Purposefully bad governance failed to tamper the social and ideological unison.

Rather than being grateful to Pakistan for the buffer it provides, Indian right wing finds it impossible to dispel long held historic predispositions of invaders from the north or dreams of a mythical ‘Bharatvarsha’. India ought to learn its lessons from Pakistan’s experience and avoid becoming a pawn in a new great game. In due course Indian duality (non-alignment) called immoral by U.S. secretary of state, John Foster Dulles will switch poles again. India’s growing economic might will become its biggest limitation in subduing Pakistan.

What goes up comes down.

A point has reached where floating threats from terrorism have been strangulated in Pakistan while, narcotics and gun running intrinsically linked to terrorism thrive in Afghanistan.

ISIS is relocating and rebranding in Afghanistan not because of Pakistan but against it.

Pakistan is not a poor under developed country; rather has been shoved into this bracket by economic hitmen, foreign franchised politicians, pseudo liberals and wrong choices made by the establishment. Now is the time for cost benefit analysis without any military confrontation. Play it cool like the Chinese.

Good governance alone will expand the GDP by 2-3. One year efforts at agriculture will be a jump start of another 3-4 of GDP. A little concentration on energy markets and revival of value added industry will provide an exponential effect. I asses that despite sanction, if Pakistan plays it right, the GDP within three years will cross 8. Pakistan’s Rotator Arm will wriggle out of the debris and help create a paradigm shift in balance of power.