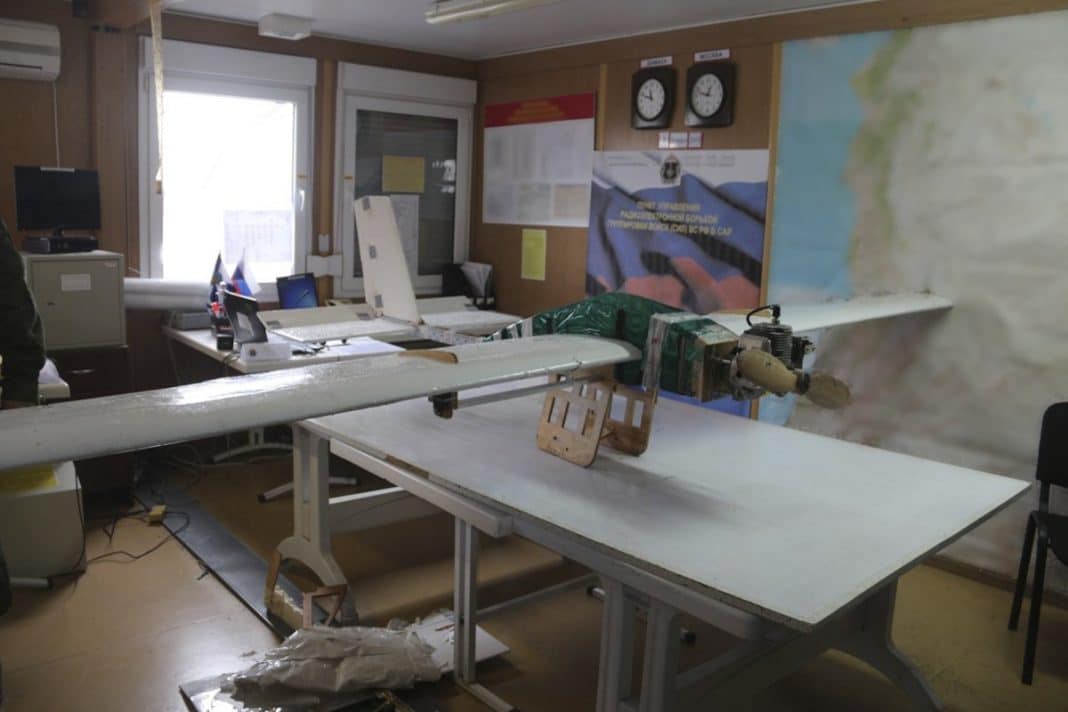 [ Editor’s Note: The drone wars against the Russian bases in Syria cranked up with this last swarm attack, which not only failed but revealed important Intel to the Syrian anti-terror coalition.

It confirmed once again that their radar can pick up this small object far out enough from their 50-kilometer flight potential to have time to counter them. Ground units can be warned in advance that they will be flying near them, with direction and altitude.

As this was a night attack, it seems only the Russian Pansir-S air defense weapons were used, an expensive but now proven effective system. But the Russians also had time to use their electronic defenses, and not only took control of several drones, but landed a few to have undamaged ones to examine.

This is a classic example of how, after the traditional military unit fighting dies down, there is a shift to asymmetrical warfare. The strong indication that Western sources are supplying high technology to the insurgents is even more troubling.

That means once again they have open Pandora’s box for these types of weapons to be used in the West, and this may even be the projected purpose for introducing them now.

I will state once again that the action of the Western entities, especially the US and CIA, to supply weapons to the Syrian insurgents and others has increased the general threat to all of us. No Congressional hearings have been held on this despite, I am sure, some of the top committee heads having been briefed.

There have been no leakers letting us know that more of these long term threats are being unleashed on us. Pay attention to where they are not being used, like in Israel or any of the Gulf State countries, or Jordan.

You always have to look for whomever is getting a free pass on these new scourges when building your suspect list; and you will often find the usual suspects… Jim W. Dean ]

Update: Southfront also has covered this story with additional detail. The featured image is one of the captured drones, which is pretty cool to be able to bring you.

Russian military have repelled a massive drone attack on its bases in Syria, which was carried out by militants, Moscow said. The extremists may have been aided by a “technologically advanced state,” it added.
–

The militants launched their assault during the night on Saturday, the ministry said in a statement. The Russian Kheimim Airbase in the Syrian Latakia province was attacked by 10 unmanned combat aerial vehicles, while three more attempted a strike against the Russian maritime logistics base located in the city of Tartus.

All of the drones were detected by anti-aircraft defense systems “at a considerable distance from the Russian military objects,” the ministry said. Seven of them were then successfully shot down by the Russian Panzir-S air-defense system.

The Russian radio electronic warfare specialists also managed to override the operating systems of six more drones, and eventually gained control over the UAVs. Three of them were destroyed when they hit the ground, while another three were landed intact outside the base controlled by Russian forces.

The ministry also confirmed that the attack had resulted in no casualties among Russian military personnel, and the two bases “continue to operate as normal.”

It was the “first time that terrorists massively used unmanned combat aerial vehicles of an aircraft type that were launched from a distance of more than 50 kilometers, and operated using GPS satellite navigation coordinates,” the ministry said in a statement.

The country’s specialists are now examining the seized unmanned aircraft and the recovered data has already allowed the specialists to pinpoint the exact location from which the drones were launched. The examination also showed that advanced technologies were used in the drones’ construction.

They “could have been obtained only from a country possessing state-of-the-art technologies, including satellite navigation and remote control of … explosive devices [for] release at certain coordinates.”

It further added that detonators used in the militants’ Improvised Explosive Devices (IEDs) were “of foreign manufacture.” These facts indicate that the extremists were supplied with technologies allowing them to carry out terrorist attacks using UAVs in any country, the ministry warned.

The ministry also said that the attack caused no casualties among the Russian military personnel and that the two bases “continue to operate as normal.” The incident comes about a week after the Kheimim air base was subjected to mortar shelling on December 31, 2017, an attack that claimed lives of two military personnel. 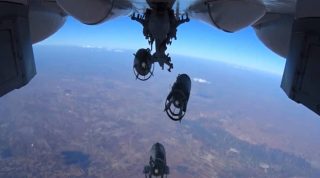 Russia has been flying sorties from Khmeimim since 2015, when its Syria anti-terrorist campaign began. The site in Tartus has been operating since the 1970s, as a small facility meant for resupplying Soviet and later Russian ships.

In 2017, Russia and Syria finalized an agreement regulating the presence of Russian troops in Syria. Khmeimim Airbase, located near Latakia, and the naval site in the port city of Tartus have both been handed over, lease-free, to Russia for 49 years, and with an option of automatic extension unless either country chooses to terminate the deal. The Russian parliament ratified the Khmeimim deal in July and the Tartus deal on Tuesday.

Last month, the Russian President Vladimir Putin ordered a partial withdrawal of Russian troops from Syria, adding that a smaller presence of the Russian forces would be required in the area following the defeat of Islamic State (IS, formerly ISIS).