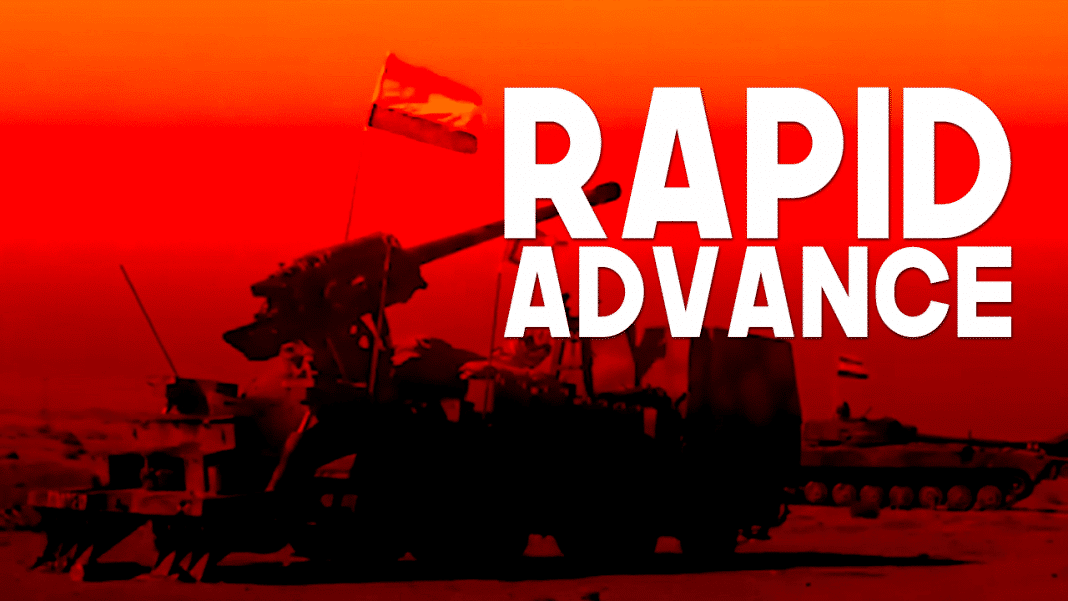 Hayat Tahrir al-Sham (HTS) did little to defend its positions in the area but released a statement accusing other militant groups of betraying the HTS effort to repel the SAA advance. The group’s leadership, led by HTS leader Abu Mohammad al-Julani, also held a meeting to discuss the group failure in southern Idlib.

On January 8, the SAA and the NDF continued advancing on HTS positions in the direction of the Abu al-Duhur Airbase.

On January 7, a heavy VBIED exploded on the al-Thalathin street in the western part of Idlib city. The VBIED reportedly targeted the headquarters of the al-Qaeda-affiliated militant group Ajnad Caucasus. 25 civilians and militants were killed and many others were injured.
The Lebanese TV channel al-Mayadeen reported referring opposition activists that Hay’at Tahrir al-Sham carried out the VBIED attack as a punishment to Ajnah Caucasus because its members had fled the battlefield in southeastern Idlib.

The collapse of the militants’ defense in southern Idlib led to the growth of internal tensions among militant groups operating in the province.

On January 7, In Eastern Ghouta, government forces broke a siege imposed by Ahrar al-Sham and HTS on the Armoured Vehicles Base. The SAA had captured the Grain mills area northwest of the base and attacked positions of Ahrar al-Sham in the northern part of Harasta. The advance was actively supported by the Syrian Air Force. On January 8, the SAA further advanced in an attempt to secure the recent gain.
On January 7, the US-backed Syrian Democratic Forces (SDF) launched an attack to capture Gharanij from ISIS in southeastern Deir Ezzor. According to an Arab SDF unit, al-Shaitat Lightning, the US-backed force had opened a route to allow ISIS members to withdraw from the area.

Separately, the SDF announced that its members had repelled an ISIS attack on al-Bahra and killed 27 ISIS members and downed 3 UAVs.
The UK-based newspaper Asharq Al-Awsat reported citing an anonymous official that the US is preparing to recognize the SDF administration as the legitimate authority in eastern Syria. The preparations include empowering local councils, backing reconstruction efforts, training of government agency workers, improving public services and infrastructure. According to pro-government activists, these steps will eventually lead to establishing a US-controlled semi-independent state in the SDF-held area.