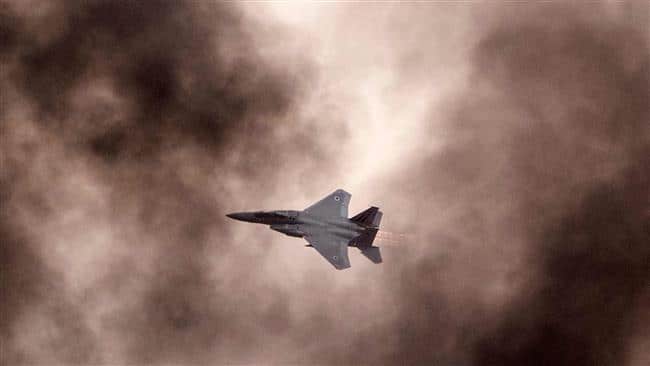 Syria’s army says its air defense systems have hit an Israeli aircraft and intercepted a number of rockets fired at targets on Syrian soil as the Tel Aviv regime continues its acts of aggression against the Arab country.

In a statement carried by state media on Tuesday, the army said that Israeli jets had fired missiles at the al-Qutaifa area northeast of the capital, Damascus, from inside the Lebanese airspace at 2:40 a.m. (0040 GMT).

The target of the strike in al-Qutaifa was said to be a weapons depot.

According to the statement, Israel then fired ground-to-ground rockets from the Israeli-occupied Golan Heights, but the Syrian defenses brought the missiles down.

It said that Israeli jets had fired a final barrage of four rockets from inside Israel, and that the Syrian air defenses brought down one, but that the others caused material damage.

Syria’s official news agency (SANA) cited the general command of the army as saying that the attack had been carried out to raise the morale of the “defeated” terrorists in the Arab country.

“This flagrant aggression reaffirms Israel’s support for the armed terrorist groups in Syria and its desperate attempts to lift its morale,” the statement read.

The Israeli military did not comment on the reports.

During the past few years, Israel has frequently attacked military targets in Syria in what is considered as an attempt to prop up terrorist groups that have been suffering defeats in their fight against Syrian government forces.

Back in April 2015, Israeli Prime Minister Benjamin Netanyahu officially admitted for the first time that the regime’s military had conducted strikes in Syrian territory.

Damascus says Israel and its Western and regional allies are aiding Takfiri terrorist groups operating inside the Arab country, while the Tel Aviv regime’s military carries out such sporadic strikes against Syrian government forces. The Israeli regime has even set up field hospitals to treat wounded militants evacuated from Syria.