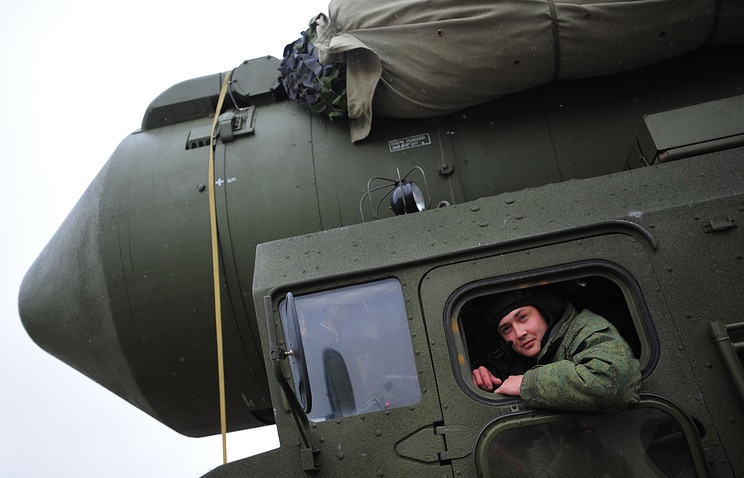 “The main focus should be made on further bolstering strategic nuclear power. The share of advanced armaments in the Russian nuclear triad should constitute at least 90% by 2021,” he said at a Russian Defense Ministry meeting.

It is necessary to considerably improve the mobility of forces in terms of logistics, deployment and supply, as well as continue to build up the potential of special operations forces and enhance the combat capabilities of the airborne landing forces, he said.

“The task was set to provide the unconditional fulfilment of the state arms program. The army will be receiving more precision-guided weapons and cutting-edge systems of reconnaissance, communications and electronic warfare, as well as modern military gear,” Shoigu specified.

continental ballistic missile went into service in Russia on January 10, 2013 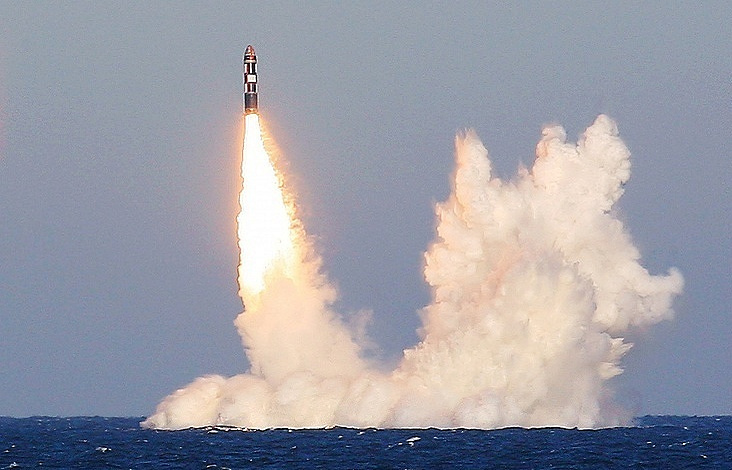 The R-30 Bulava (NATO reporting name: SS-NX-30) is a Russian sea-based intercontinental ballistic missile making part of the D-30 launch system. It is designed as armament for Project 09550, 09551 and 09552 Borei and Borei-M strategic missile-carrying underwater cruisers. The Bulava ICBM was developed by the Moscow Institute of Thermal Technology (the Moscow Institute of Thermal Technology Corporation). The project’s chief designers were Yuri Solomonov (until September 2010) and Alexander Sukhodolsky.

Soviet and Russian researchers had been carrying out R&D work to create a ballistic missile for 4th-generation (Borei-class) submarines since the late 1980s. Initial plans envisaged upgrading the D-19 missile system mounted on previous-generation (Project 941 Akula-class) ballistic missile submarines. The work on this project was carried out by the Machine-Building Design Bureau (based in the city of Miass in the Chelyabinsk Region; currently, the Makeyev State Rocket Center), the traditional developer of submarine ballistic missiles. However, the first three launches of the new R-39UTTKh Bark missile failed. As a result, the Bark project was closed in 1998 and the design of the new submarine ballistic missile was assigned to the Moscow Institute of Thermal Technology, which previously specialized in land-based solid-propellant missiles (in particular, the Topol-M ICBM).

Some experts asserted that the Moscow Institute of Thermal Technology would be able to develop a submarine ballistic missile standardized with the Topol-M ICBM to save defense budget funds and simplify technological chains. However, it eventually proved impossible to develop identical missiles for the Strategic Missile Force and the Navy.

The Moscow Institute of Thermal Technology had carried out work on the conceptual design of the sea-launched missile code-named Bulava since the early 1990s. The Institute decided to abandon test launches from a special submerged stand to accelerate the work and save funds. After three successful pop-up tests of Bulava mock-ups, a decision was made to start test launches from the modernized Project 941UM (Akula-class) TK-208 Dmitry Donskoi submarine.

The missile’s first test launch from the surface position was conducted on September 27, 2005 and was recognized as ‘partially successful.’ The next test (the first launch from the submerged position) took place on December 21, 2005 and was a success. After that, then-Defense Minister Sergei Ivanov promised to accept the missile for service by late 2007. However, the next six launches in 2006-2008 were accompanied by various technical problems and the missile’s entry into service was postponed. The media started to speak critically about the Bulava.

From 2011, the test launches were conducted from the Project 09550 lead nuclear-powered submarine Yuri Dolgoruky.

The R-30 Bulava was accepted for service on January 10, 2013 simultaneously with the ceremony of raising the naval flag aboard the Yuri Dolgoruky submarine.

However, the missile’s flight development tests lasted several more years (an additional cycle of test launches was ordered after a faulty launch on September 6, 2013). ‘Black holes’ of the Russian Navy

Overall, 26 Bulava missile launches were carried out from September 27, 2005 to June 26, 2017, of which 14 were recognized as successful. The remaining launches were considered as partially successful or faulty due to failures in warhead control and dispensing systems, second- and third-stage engines.

The missile’s production was launched at the Votkinsk Factory (part of the Moscow Institute of Thermal Technology Corporation) in Udmurtia. As of January 2018, the Russian Navy has received three Borei-class submarines armed with R-30 missiles: the K-535 Yuri Dolgoruky, the K-550 Alexander Nevsky and the K-551 Vladimir Monomakh. Five more missile-carrying underwater cruisers are being built under the modernized Borei-A Project.

The Bulava’s exact characteristics have not been officially disclosed. According to various media data, the Bulava ICBM is a three-stage solid-propellant missile carrying six independently targetable warheads.

The missile has a launch mass of about 36.8 tonnes and a throw weight of 1,150 kg. It measures 12.1 meters in length in a launch container and 2 meters in its diameter. According to media reports, the missile has a maximum range of 10,000 km.

The missile’s circular error probability (a measure of the weapon’s precision defined as the radius of a circle drawn around the target, which 50% of warheads must hit) may vary from 120 m to 350 m, according to specialists’ various estimates.