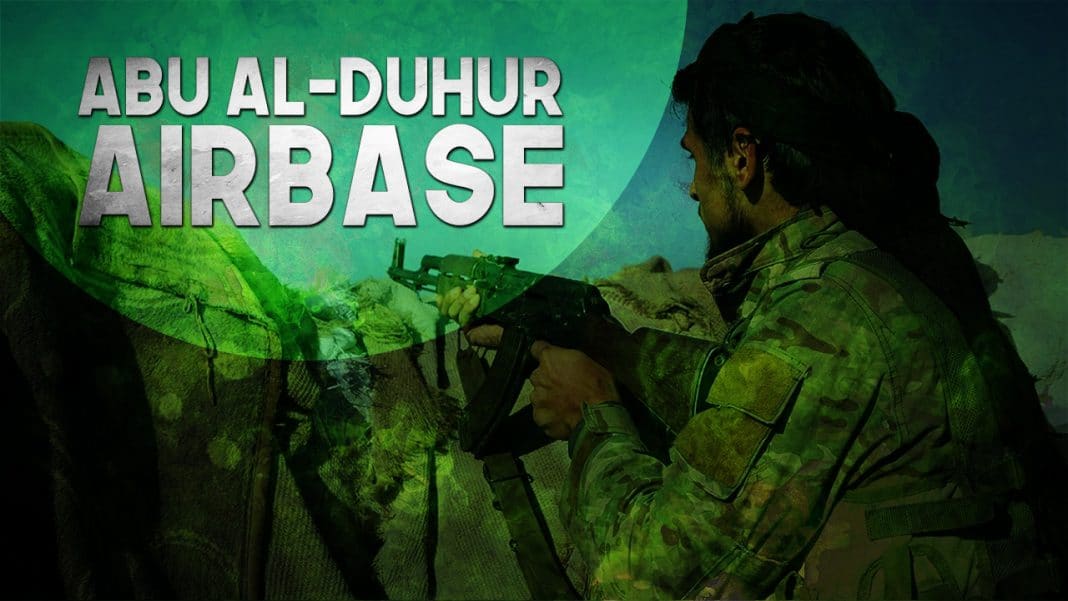 Separately, the SAA, the NDF and Liwa Fatemiyoun liberated Ramla, Muzayila, Nawara, Rasm Sheikh and Tall Sabha. Should government troops capture Mazyunah or Qital, they will cut off HTS forces in northeastern Hama from their counterparts in Idlib. In northeastern Hama itself, government forces already captured the village of Umm Myal.

Reports also appeared that HTS started withdrawing its forces from Hass Mount northeast of the Abu Duhur airbase preparing for an inevitable collapse of its defense there.

However, this still has to be confirmed.

The ISIS-linked news agency Amaq claimed on January 10 that ISIS members attacked the SAA south of the Abu al-Duhur Airbase, killed 3 SAA members and captured 5 others. ISIS used the collapse of HTS to expand own influence in the area. According to pro-opposition sources, the total number of ISIS fighters operating there had recently grown to 900. Most of them are defectors from HTS and other groups of the so-called moderate opposition.

Over 80 members of Ahrar al-Sham, Faylaq al-Rahman and Hay’at Tahrir al-Sham have been killed and over 100 others have been injured in clashes near the Armoured Vehicles Base in Eastern Ghouta over the last few days, according to an officer of the SAA’s 4th Armoured Division contacted by SouthFront. However, fighting is still ongoing in the base area and government forces will need to contribute more efforts to secure it.

According to opposition sources, the Syrian Air Force carried out over 353 airstrikes on the militants’ positions in the last 11 days.

Jaish al-Islam also attacked positions of the SAA near the village of Ayn Zuriqa in Eastern Ghouta unofficially assisting to the Ahrar al-Sham-led attack on the Armoured Vehicles Base.

The US-backed Syrian Democratic Forces (SDF) released 400 former ISIS fighters a few weeks only after they had been captured, the Syrian Observatory for Human Rights (SOHR) reported on January 10. The SHOR added that 120 released ISIS members then joined the ranks of the SDF. Previously, the SDF released 75 former ISIS members on May 8, 2017 and 86 on November 8, 2017.

On December 16, the Russian military said that the US-led coalition uses the al-Hasakah refugee camp as a base for training former members of ISIS, Hayat Tahrir al-Sham and other militant groups.