My dear friend Mark Dankof has recently sent me an article which was published by an Israeli academic by the name of Hillel Frisch, and one can say that the entire article is a manifesto for covert warfare and creating bloody rebellion in Iran.

Frisch, who is “a professor of political studies and Middle East studies at Bar-Ilan University,” argues that the United States and Israel should harness the recent protest in Iran and use it to covertly overthrow the Iranian government. Frisch is really serious here:

“Rhetorical support for the Iranian protesters in their quest for freedom is not enough. The US, with the help of its allies, including Israel, must work 24/7 to provide – at the most opportune moment – arms and the knowhow to use them to the protesters against the regime. The time to act will be when casualties of the regime can be identified as coming from a broad spectrum of the Iranian public…

“It should be clear why this is the case. The Iranian regime is as ruthless as they come and will commit any kind of atrocity against the protesters if it believes itself to be in danger – indeed, even well short of such a threat. It would be utterly cynical and self-defeating were the US and others to encourage the protesters without planning how they can defend themselves and bring down the regime.”[1]

If you think this is bad enough, then fasten your seatbelt because Frisch was just getting started. He moved to perversely articulate:

“For arms to be effectively provided, protesters who can use them have to be identified and contacted, and supply networks have to be built. These must be tailored to meet the needs of a variegated group of people operating in different environments.

“Some will be engaged in urban warfare, others in hit-and-run ambushes on the country’s roads and rail lines across the country, and still others as hit squads to assassinate regime officials and security personnel in a bid to turn the hunters into the hunted.

“In areas inhabited by minorities, such as the Kurds or the Arabs in the country’s southwest, efforts should be expended to conduct guerrilla operations.  Heating up the country’s periphery, where these minorities live, will do much to reduce the heat on the urban fighters who will carry the brunt of the fighting in meeting the primary strategic goal of the armed conflict – taking over and maintaining their hold on Tehran.

“These protesters-turned-freedom fighters will have to be given intelligence as well, which will impose the arduous task of making sure that both the arms and the intelligence flow to the genuine opposition rather than into the hands of state agents.”[2]

If this plan is not diabolical, what is? The interesting thing is that Frisch hasn’t been fired from saying wicked things like this. Can you imagine any academic in the US or even the Western world saying something even remotely similar to America or Israel without being politically and sometimes physically bullied by the Powers That Be? Didn’t Professor Steven Salaita get fired from the University of Illinois for simply criticizing Israel? What were some of the things that Salaita was saying?

Israel, Salaita argued, should not be allowed to kill children and at the same time claim that it is a victim. Salaita tweeted:

“Only Israel can murder around 300 children in the span of a few weeks and insist that it is the victim. If Netanyahu appeared on TV with a necklace made from the teeth of Palestinian children, would anybody be surprised?”[3]

University officials responded to Salaita’s tweets by saying that they were “disrespectful and demeaning speech that promotes malice.” The logic is pretty straightforward here: If Salaita’s comments were bad, how is it that the entire controlled media and the Neocon establishment haven’t said a damn thing about Frisch’s covert operation? Who are these people really fooling?

Part of Frisch’s paper was published in the Jerusalem Post,[4] which seems to suggest that the Neocons and US officials obviously know about this diabolical plan. Frisch continues:

“Planning and creating a rudimentary network to provide arms and intelligence should have started in 2009.  If it was not begun then, it must begin now.

“Creating a rebellion is all about coalition-building. A massive coalition of disparate groups brought down the Shah in 1978, and only a broad coalition of forces will bring down the ayatollahs today. Relying on the westernized, more secular upper middle class in the universities or the better neighborhoods of Tehran will not be sufficient.”[5]

Did you get the political equation here? Rebellion, according to Frisch, is coalition-building, not chaos or the antithesis of the political order. Can Frisch really say that he is not responsible for anti-Israeli or anti-Jewish reactions across the Middle East? Can he really say that his article or paper will not engender “anti-Semitism”? As an academic, doesn’t he know that political or diabolical manifestoes have the potential to produce violent reactions?

You see, Frisch’s essentially Talmudic project doesn’t make sense whatsoever. It is against the moral and political order. Frisch has obviously gravitated toward that diabolical worldview because he is under the spell of Talmudic ideology, which itself is against metaphysical Logos.

But when good old common sense is against Frisch, he invents fabrications, colossal hoaxes, and categorical lies. The “ayatollah regime,” according to Frisch, is one of the most evil entities on the planet because they are responsible for terrorist activities at the US embassy in Tehran, in Lebanon, at the “Jewish Center in Argentina,” at the Israeli embassy, you name it. Nothing could be further from the truth.

What we are seeing here is that Frisch simply vindicates what the Ayatollah Khomeini predicted way back in 1979 when he coined the term “the Great Satan” in order to describe the diabolical activities that the United States was doing through Zionism. Khomeini declared:

“There is no crime America will not commit in order to maintain its political, economic, cultural, and military domination of those parts of the world where it predominates. It exploits the oppressed people of the world by means of the large-scale propaganda campaigns that are coordinated for it by international Zionism. By means of its hidden and treacherous agents, it sucks the blood of the defenseless people as if it alone, together with its satellites, had the right to live in this world.”[6]

“Khomeini was here referring to Iraq, which had already launched a full-scale attack on Iran, as the proxy of America and Israel. Khomeini was hoping for Islamic unity, but he found neither sympathy nor allies in the Islamic world. Pakistan, which was a Saudi asset, had already been seduced by Saudi and American money and recruited into the final campaign of the anti-Communist crusade, when their ISI stepped forward as the exclusive arms brokers for the mujahideen in Afghanistan.

“Thirty-four years later, in a speech he gave in Tehran in May 2014, Khomeini’s successor, Ayatollah Khameini had given up looking for Islamic unity. The new crisis was defining Islam. Groups like ISIS in Iraq and Boko Haram in Nigeria, which Khameini described as “American” Islam, had created an identity crisis, which was a function of the ongoing civil war between the Wahabbis and the Shi’a.

“In order to distinguish true Islam from its ‘American’ counterfeit, Khameini had to appeal to reason. In other words, the Zeitgeist had forced the hand of the Shi’a; they now had to return to the tradition of Islamic philosophy which had stalled when Ibn Rushd failed to reconcile Aristotle with the Koran. The Zeitgeist, in other words, had driven the Shi’a into the arms of Logos.”[7]

The recent protest in Iran and the Zionist reaction to it in Israel and America should drive people of all stripes in the arms of Logos. It should make us realize that there is more to Zionism and subversive movements in Iran and elsewhere than meets the eye and ear. It should also teach us that Zionism and other subversive movements are against all mankind. In that sense, we should all work in unison to deconstruct those movements. 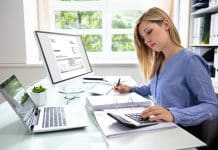