[ Editor’s Note: Well this didn’t take very long, and the Russians were slick about it. They hit the storage base first, expecting the Jihadis wanting exit the area once they got the news.

This was a classic artillery ambush and it may be the last video we see of a rare event like this. Look how fast the jihadis unload out of their vehicle, running to transfer to one inside, probably planning to leave at night.

They did not have to wait and sweat it out. This reminds me of the old saying, “Revenge is best served cold. The Russians were sending a message by putting this video out, “Attack our bases at your peril.”

Putin had mentioned in his recent press conference that he knew who the perps were. They should have all split up in different directions. The last thing you do is travel as a “group” in a situation like that where any idiot among you can blow your position by making a cel phone call and get a drown launched at you… Jim W. Dean ] 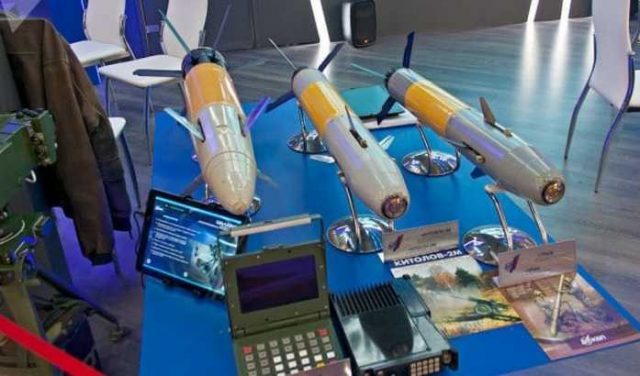 The Russian Defense Ministry has announced that the group of militants that conducted a massive mortar attack targeting the Russian Hmeymim base in Syria on December 31 were eliminated in the course of a special operation.

“During the final stage of the operation, a group of Russian Special Operations Forces established the location of the subversive group of militants near the western border of the Idlib province.

Upon the terrorists’ arrival at the facility where they were preparing to board to a minibus, the entire sabotage group was destroyed by a Krasnopol high-precision artillery shell,” the Russian military said in a statement.

According to the Defense Ministry, the operation involved all the forces and means of a multi-level system of Russian military intelligence in Syria.

“Russian military intelligence has uncovered the site where terrorists assembled and stored unmanned aircraft-type drones in the Idlib province. The depot was destroyed by high-precision artillery ammunition ‘Krasnopol’.”