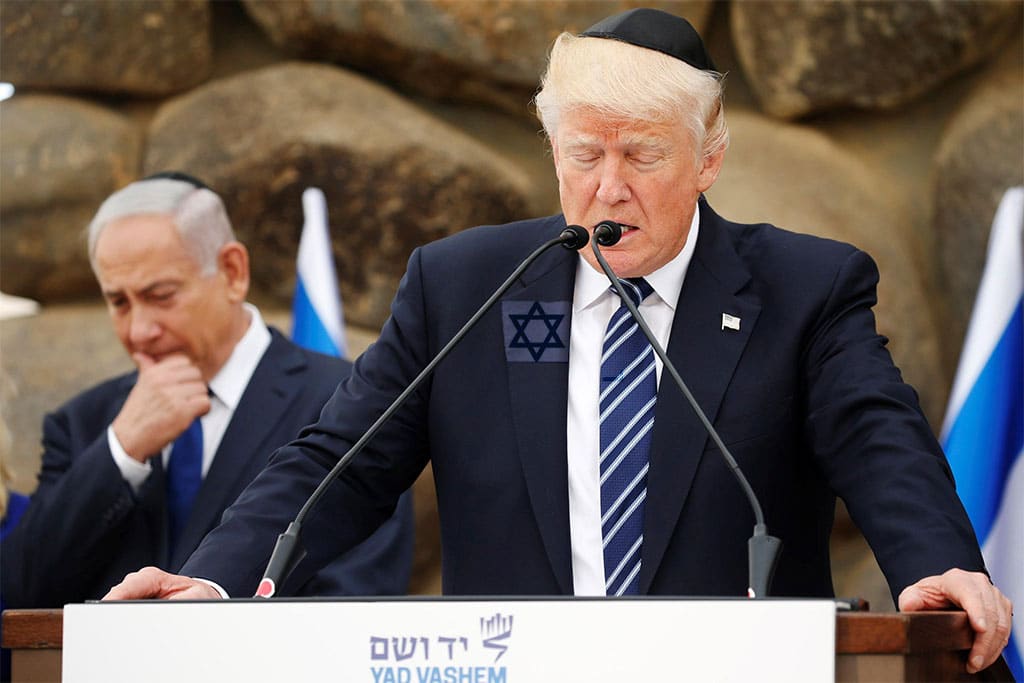 Donald Trump inadvertently increased the potential for a successful conclusion to the decades old Israeli – Palestinian conflict. He did this on December 6, 2017 when he declared Jerusalem is the capital of the Jewish state of Israel and that the US would move its embassy to Israel from Tel Aviv to Jerusalem.

The reason Trump’s actions give new potential to solving the Israeli – Palestinian conflict is because they remove the decades old lie that the US is an unbiased party to the Israeli – Palestinian peace process. Nothing could be further from the truth that the United States government and its politicians from both parties are unbiased when it comes to Israel and Palestine. Donald Trump makes this fact obvious for the entire world to clearly see.

The last US president to have the courage to stand up in a meaningful way to the Jewish state of Israel was President John F. Kennedy. Not only did JFK threaten Israel that all US support for Israel would end if Israel did not allow US scientists to freely inspect its nuclear facilities at Dimona (click here for JFK’s ultimatum letter to Israeli PM Levi Eshkol of July 5, 1963), but he and his brother Robert F. Kennedy, who was at the time the US Attorney General, were working to require the Israel lobby, in particular the American Zionist Council which is the parent organization of today’s Israel lobby powerhouse the American Israel Public Affairs Committee (AIPAC), to register as a foreign agent.

This all ended on November 22, 1963 with the assassination of President Kennedy.

Not only has Donald Trump made clear that the US government strongly favors Israel over Palestine by his Jerusalem declaration, he also makes clear that this is the case by putting his Orthodox Jewish son-in-law, Jared Kushner, in charge of US efforts to restart the Israeli – Palestinian peace talks.

The Hebrew Bible/Tanakh teaches Jewish superiority over all other people as is evidenced by teachings such as the belief that God chose the Hebrews/Jews “above all people that are upon the face of the Earth” (Deuteronomy 7:6).

When we realize that Jared sees this twisted and ungodly religious thinking as the truth, it’s impossible to believe that Jared Kushner can sincerely strive and work for a fair peace agreement between what he sees as his fellow chosen people and Gentile Palestinians.

Add to Deuteronomy 7:6 the teaching in the Hebrew Bible/Tanakh found at Leviticus 25:44-46. This teaching has God telling the Jews not to own their fellow Jews/Israelites as slaves, but to instead take all of their slaves from the Gentile people. These verses put these words and teachings in God’s mouth:

“Both thy bondmen, and thy bondmaids, which thou shalt have, shall be of the heathen that are round about you; of them shall ye buy bondmen and bondmaids. Moreover of the children of the strangers that do sojourn among you, of them shall ye buy, and of their families that are with you, which they begat in your land: and they shall be your possession. And ye shall take them as an inheritance for your children after you, to inherit them for a possession; they shall be your bondmen for ever: but over your brethren the children of Israel, ye shall not rule one over another with rigour.”

When we reflect on how the Hebrew Bible based neoconservative movement was instrumental in pushing US politicians into starting the Iraq War for Israel’s benefit, the danger of having people who use the Hebrew Bible to guide their thinking and lives involved in US foreign policy for Israel and the Middle East becomes very evident.

The Palestinian Authority President Abbas said, after Trump’s Jerusalem declaration, that the US has surrendered its role as a mediator in the peace process. The European Union or Russia may replace the US as the primary peace negotiator between the Israelis and the Palestinians. Hopefully, if this happens, a true peace agreement will be reached.