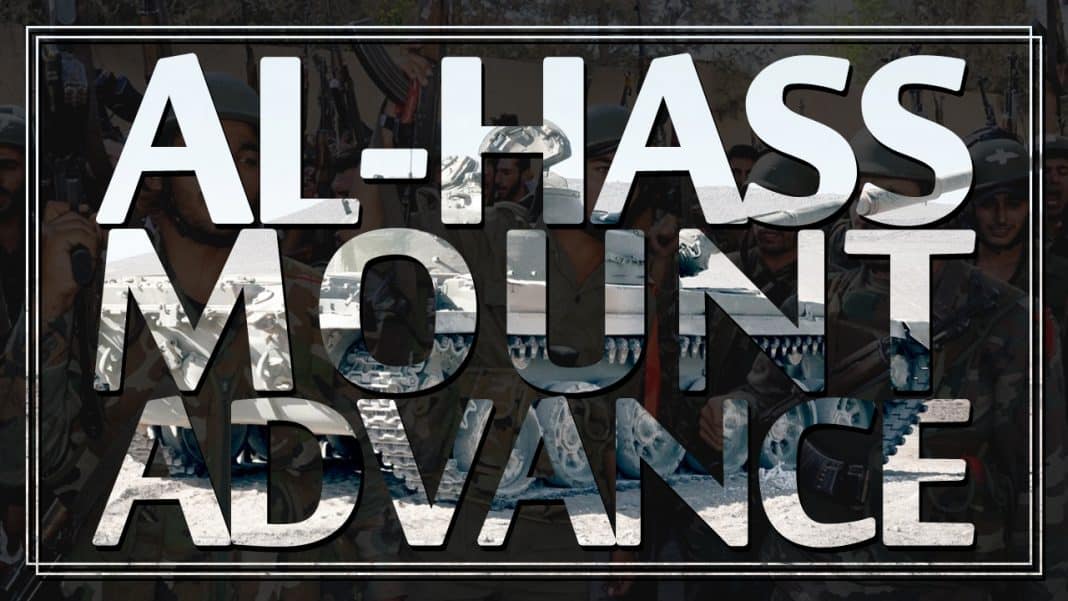 Russian forces eliminated a group of militants, which conducted the mortar attack on Hmeimim airbase on December 31, 2017, the Russian Defense Ministry announced on January 12. Russian forces used the 2K25 Krasnopol 152 mm laser-guided artillery munition to eliminate the group, according to the ministry.

The ministry added that the Russian Main Intelligence Directorate (GRU) uncovered a fixed-wing drone assembly and storage workshop in Idlib province. The workshop is likely linked to the armed drone attack on Hmeimim airbase, and Tartus naval facility base on January 6. The workshop was also eliminated with the Krasnopol.

Government forces advanced west and northwest of Khansir and established control over al-Hass Mount and a large number of the nearby villages. The distance between government positions southeast of the Abu al-Duhur airbase and west of Khanasir is now about 2 km.
In southern Idlib, the Tiger Forces and their allies engaged militants in the villages of Atshan, Tell Maraq, Umm Khalakhil, Zifr Saqer, Zif Kabir, Suruj, Istablat and Rasm al-Qard that had been a target of counter-attack launched by Hayat Tahrir al-Sham(HTS)—led forces.

In the coming days, government forces will secure the remaining pocket in southern Aleppo and make a fresh push in order to create another militant pocket southwest of Khansir.

Meanwhile, the Turkish military deployed more troops and military equipment including tanks, artillery pieces and armored vehicles around the city of Afrin controlled by the Kurdish People’s Protection Units (YPG). The deployment followed a series of artillery strikes conducted by Turkish forces on YPG positions in the area.

Earlier, Turkey’s President Recep Tayyip Erdogan said that Turkish forces may soon carry out an attack on the city of Afrin in order to “clear” the southern border of his country from groups described by Ankara as “terrorists”. The YPG is a core of the US-backed Syrian Democratic Forces (SDF). Ankara says that the YPG is a branch of the Kurdish separatist armed group PKK that mainly operates in southern Turkey and northern Iraq.

Government troops have recaptured Tell Farzat from Jaish al-Islam in the southern part of Damascus’ Eastern Ghouta, a SAA officer told SouthFront on January 14. According to the source, the advance is a part of the effort aimed at preventing Jaish al-Islam from supporting Ahrar al-Sham’s attack on the Armoured Vehicles Base. Clashes between Jaish al-Islam and the SAA were also reported in Hazrama and Hush al-Duahra.

On January 14, ISIS captured several positions, including the headquarters of the Palestine Charity Organization and Abd al-Qader al-Hussine school, in the eastern part of the Yarmouk refugee camp, the ISIS-linked news agency Amaq reported. 5 HTS members were reportedly killed there. According to pro-opposition sources, about 70% of the camp is now in the hands of ISIS. The expansion of the terrorist group there poses a direct threat to the government-held areas, especially if the terrorist group reaches districts near the Damascus Airport highway.