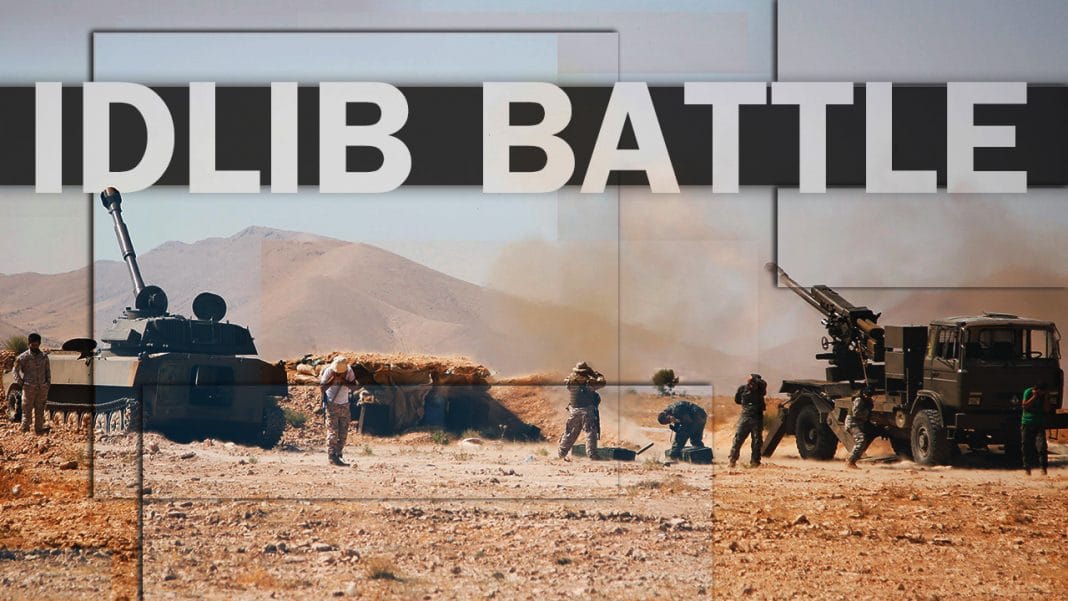 The situation in estern Idlib is rapidly becoming more and more complicated for government forces as both ISIS and Hayat Tahrir al-Sham (HTS) are simultaneously pressuring the Syrian Arab Army (SAA) and its allies.

On January 15, ISIS captured a dozen villages southwest of the Abu al-Duhur airbase and conducted several hit and run attacks against government troops in the areas of Uwayjat Qana and Rasm Khushuf.

Separately, clashes between HTS and the SAA continued in Niha, Abu Omar, Astan, Sham Hawa, Salloumiyah, Tal Khaznah and the nearby points. Government forces launched a counter-attack to repel the HTS advance in the area and by January 16, they had regained some positions including Astan.

According to pro-militant sources, government forces lost up to 30 fighters and at least 2 vehicles in the recent clashes, mainly in militant attacks on ill-prepared positions of SAA troops southwest of the Abu al-Duhur.

The recent advances of ISIS and the ongoing counter-attack of HTS pose a threat of cutting off units of the SAA’s Tiger Forces deployed south of the airbase from their counterparts in northeastern Hama. The Syrian military is now deploying reinforcements to the area in order to prevent this scenario.

The rapid expansion of ISIS in the area also shows that more and more so-called moderate rebels paint their flags in black and joint the terrorist faction in eastern Idlib and northeastern Hama. This once again reveals the real face of the so-called moderate opposition in Idlib.

On January 15 and January 16, Turkish forces carried out multiple strikes on positions of Kurdish militias in the area of Afrin. Turkey’s President Erdogan once again threatened to launch a military operation in the area and claimed vowed to “drown” the so-called “terror army” which is now being forming by Washington with the help of US-backed forces under the name of the Border Force.

“This is what we have to say to all our allies: don’t get between us and terrorist organizations, or we will not be responsible for the unwanted consequences,” Erdogan said adding that Turkish forces will battle “until not a single terrorist remains along our borders, let alone 30,000 of them.”

The rift between Washington and Ankara deepens as the US is not going to abandon its support to Kurdish-dominated forces in northern Syria.