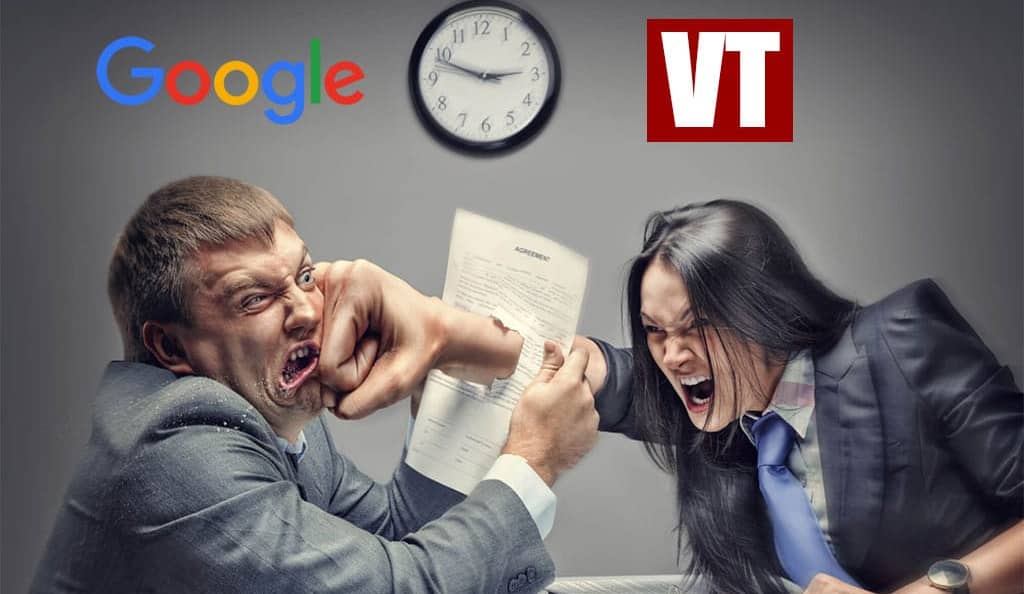 While the ethos of Google and VT has been growing apart for many years, the last 12 months have been especially troubled and filled with such acrimony that it finally crossed the Rubicon causing a final divorce to which there is no going back.

It all started in April 2017 when Google decided that some of our images posted by independent writers and editors were NOT up to their standards and violated their policies. The Google censors did NOT tell us which images upset them. Instead, they gave us a generic idea of what they were objecting to by sending us a standard policy notice. So we went through all of our images (thousands) trying to figure out which images they objected to. It took us 3 full weeks. Eventually, we were able to convince them that we were on par with their policy.

Thinking that episode was over, VT went about its normal business for 9 months. Then, out of the blue, without warning and reason, Google notified us that any commercial accounts we had with them were canceled and there was no recourse. As you can imagine, we were blindsided and perplexed. What the heck?

As most know, there is NO one to call at Google. There is NO customer service or any support that “normal” people can contact. So VT contacted some “friends” who had access to insiders within the Google empire itself. After a few days of investigation, they sent us a list of what Google was truly objecting to. Turns out, what bothered them the most was we allow independent editors and writers to post critic of STATE OF ISRAEL policies.  And there was a mention of articles posted by independent editors and writers on Russia as well. But the majority of their bother was ISRAEL and the clear critic of its state policy.

Obviously, there is NOTHING we can do about that because that would go completely against our ethos. So as they say “the best deal is no deal”. Time for an official divorce with no effort to reconcile. Our relationship or what was left of it with Google is formally over.

Gone are the days when a Google start up declared its’ motto as “Don’t Be Evil“.

It’s sadly been replaced by something more sinister, less for the people and more for something that clearly does not include VT or any of our values. Sad indeed, it’s time to move on in total. So here we go…. bye bye Google!