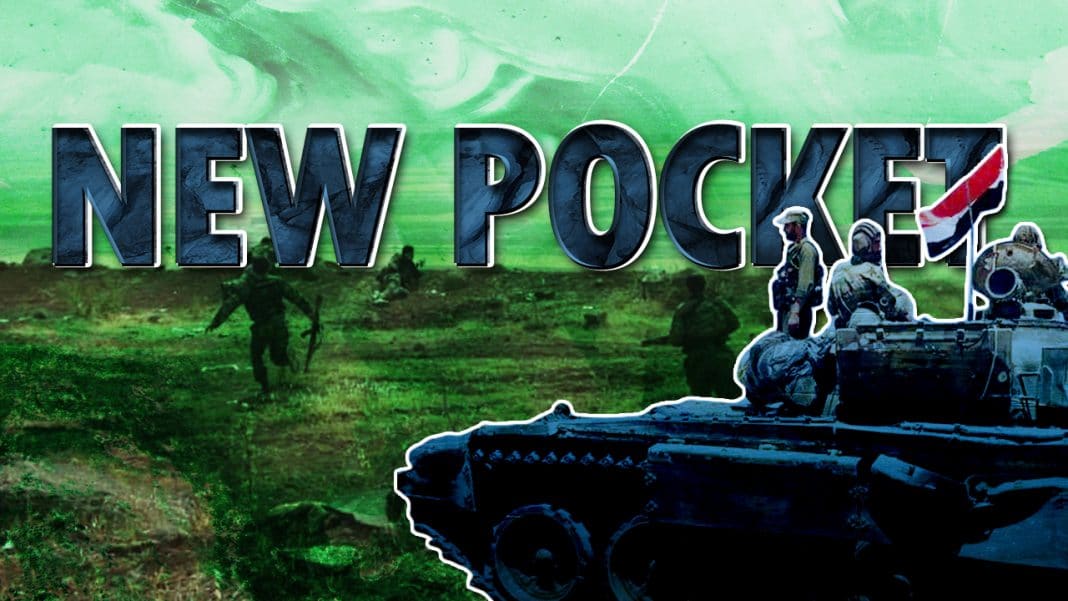 According to reports, a part of HTS members withdrew from the area to avoid being encircled by the SAA while the rest of them just joined ISIS.

The pro-opposition news outlet Enab Baladi also reported that ISIS fighters started an advance to reach the SAA-held village Tell Daman in order to open a route towards Idlib province.

The ISIS Hunters of the SAA’s 5th Assault Corps have repelled a suicide vehicle borne improvised explosive device attack by ISIS in the Euphrates Valley. According to the unit’s media wing, the attack was an attempt to break the blockade imposed by government forces on ISIS units in the Homs desert.

On January 18, two ISIS VBIEDs attacked the US-backed Syrian Democratic Forces (SDF) in Gharanij in southeastern Deir Ezzor, according to the Syrian Observatory for Human Rights (SOHR). The ISIS-linked news agency Amaq added that ISIS fighters targeted a gathering of SDF fighters and destroyed a Humvee with an ATGM.

According to SOHR, ISIS still controls the villages of Abu Hassan, al-Bubadran, al-Baghuz, al-Susah and al-Shaafah as well as large parts of Hajin, Gharanij and al-Bahra on the eastern bank of the Euphrates River.

US Secretary of State Rex Tillerson decided to say that Washington has no plans to create a 30,000-strong border force in northern Syria and claimed that the issue has been “misportrayed”. “We are not creating a border security force at all,” he said.

However, just few days ago, the Pentagon officially announced the creation of this border force.

“The Coalition is working jointly with the Syrian Democratic Forces (SDF) to establish and train the new Syrian Border Security Force (BSF). Currently, there are approximately 230 individuals training in the BSF’s inaugural class, with the goal of a final force size of approximately 30,000,” spokesman for the US-led coalition Colonel Thomas F. Veale said. “The base of the new force is essentially a realignment of approximately 15,000 members of the Syrian Democratic Forces to a new mission in the Border Security Force as their actions against ISIS draw to a close.”

It does not look like Ankara is ready to see the US as with a reliable partner over the conflict.