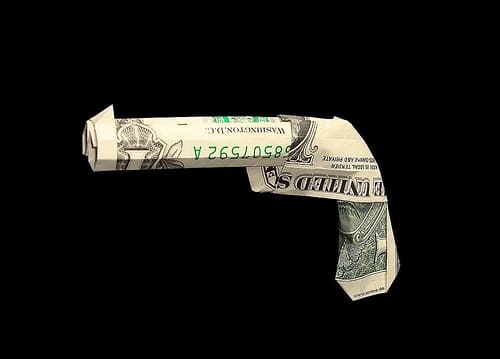 My first article as a columnist appeared in a national English daily titled ‘Pakistan’s Present and Future War’ on 1 January 2009. The last line said it all. “The war has already begun. The question is, when did it begin?”

The article set a template of my hypothesis from which I have never flinched. The paradigm is not localised; rather set in the realpolitik of the prevailing International Geostrategic environments. Much that was disbelief has become part of recent history. Events are unfolding as assessed.

This week as Prime Minister Benjamin Netanyahu of Israel, Prime Minister Modi and Hamid Karzai sit together in Delhi; all assessments of this article and blogs as far back as 2002 have proved true. In the period from 2001 till now, Pakistan has successfully fought a war on many fronts and successfully waded off many non-kinetic pincers.

With cracks between USA and Pakistan now public, the most defining moment of this invisible conflict has arrived. It is no more a game of hare hunting with hounds. Pakistan has to become proactive; clever as a snake and harmless as a dove.

So what is this Geostrategic context I keep referring to?

Post European unification wars of 19th century; the international strategic template is set on three geostrategic theories culminating in Political Absolutism. This competition accounted for unrelenting conflicts for a century. The labyrinth of this absolutism lies in the USA’s obsession for total global dominance littered all over its policy papers.

The Pivot ran from Volga in Russia to the Yangtze in China Eastern Europe, Central Asia and from the Himalayas to the Arctic. After the Bolshevik Revolution, communism became the biggest threat and main cause of Nazi Germany invading Russia. The end of world war resulted in Soviet occupation of Central Asia, parts of Scandinavia and East Europe.  USA assumed the role of Nazi Germany. Cold War was followed by Afghanistan.

Nicholas John Spykman was critical of Mackinder. He theorized that the strip of coastal land that encircles Eurasia can be used to control the World Pivot. This notion of Rimland became the bases for containment, Warsaw Pact, NATO, CENTO, SEATO, APEC and past twenty years instability in Afghanistan.

For the biggest world island (USA) insulated by oceans to effectively contain the World Pivot (Russia, East Europe, Central Asia and China) occupation of the Rimland needed a very strong Naval Power. USA found the answer in Admiral Alfred Thayer Mahan thesis of ‘The Influence of Sea Power upon History: 1660–1783’.

A strong naval long arm capable to project military and air power became the cornerstone of US Geostrategy. USA became the lynchpin of the containment strategy to effectively show this muscle in the two World Wars and the Cold War. Russia’s quest for Hot Waters became a recurrent theme.

There is another tripod of instability I call the Devil’s Triangle. It is Syria (Middle East), Crimea-Ukraine (East Europe) and Afghanistan-Pakistan. The tug of war in this triangle will set the template of future Balance of Power.  Pakistan is the fulcrum to the positives that are bound to happen in future.

Pakistan is located at the confluence of three strategic plates, one in the Pivot and two in the Rim. It is a meeting point of Central, South and West Asia and a crucial component of the containment ring. First it acts as an outpost against Russian movements as during the Cold and Afghan Wars.

Secondly, its coastline provides the shortest routes to the Indian Ocean. So during the better part of this century, Pakistan has either been seen as a Pivot State (Framework for U.S.

Policy in the Developing World’ by Robert Chase, Emily Hill, and Paul Kennedy) for US policies or a country fit for Burnout. Pakistan is neither friend nor foe. So far Pakistan has warded off challenges to Burnout. Failure to burnout renders Pakistan susceptible to one-dimensional propaganda.

Just like Technology rebalanced the Trinity of Clausewitz, economics powered by Technology is circumventing the Strategy of Containment.  With the Chinese power house heating up to full potential, new market accesses are inevitable.

One such route is to collect oil from Gwadar and siphon it to mainland China through Myanmar. No wonder that Arakan is unstable and separatism in Balochistan is over projected. Components of One Belt One Road projects are running all over from China to Europe, but it is CPEC that is becoming a sore in Pakistan-US relations. This is the pivot and the fulcrum.

Washington’s strong economic relations with China and dependence on loans and balance of payments prevent it from taking an open hostile stance against China. Though India is eager to grind its axe on the China bogey, it is Pakistan’s close relations with China that are suspect. The major concern is that if implemented, CPEC will mark the end of the existing Geostrategic Template. The international balance of power will become a multi layered cake where mutual benefits will over ride military suspicions.

This circumvention is not about to happen; rather it has. The containment ring is already perforated. Much of Europe is dependent on Russia for gas. Russia has drawn a line at Crimea to check Eastward expansion of NATO. Most European leaders are weary of President Trump trying to thump US signatures on everything.

As Brexit shapes, Europe led by Germany and France will become more independent. Turkey is allying with different partners in Middle East and warming up to Iran and Russia. Offshore Syrian gas reserves are a concern for USA, Israel and Saudi Arabia.

Iraq and Syria are destabilised. Qatar is becoming a tough nut to crack. Pakistan has moved closer to China and by implication to Russia.  Myanmar is an ally of China. Even Philippines is walking away. The patchwork on this weakening net is impossible.

Though US can take solace in being the strongest military power premised on Geostrategy of diminishing importance, economic frontiers world over are becoming pervious to globalization and market economy. Military power has already lost its edge to economy and technology.

Conventional military conflicts are prohibitive by the nature of nuclear deterrence. But because clash is inevitable, it is shifting to other violent and non-kinetic peripheries. These peripheries comprise non state actors from terrorists to fifth columnists, sections of media, self-proclaimed liberals, human rights activists, NGOs, financial institutions and sleepers in civil society.

Pakistan’s war is as old as the containment. So what do people and statesmen of Pakistan make of all this. I would say, “Seek Peace with Pride, but if ABSOLUTISM strikes, be prepared for the Last Battle”.