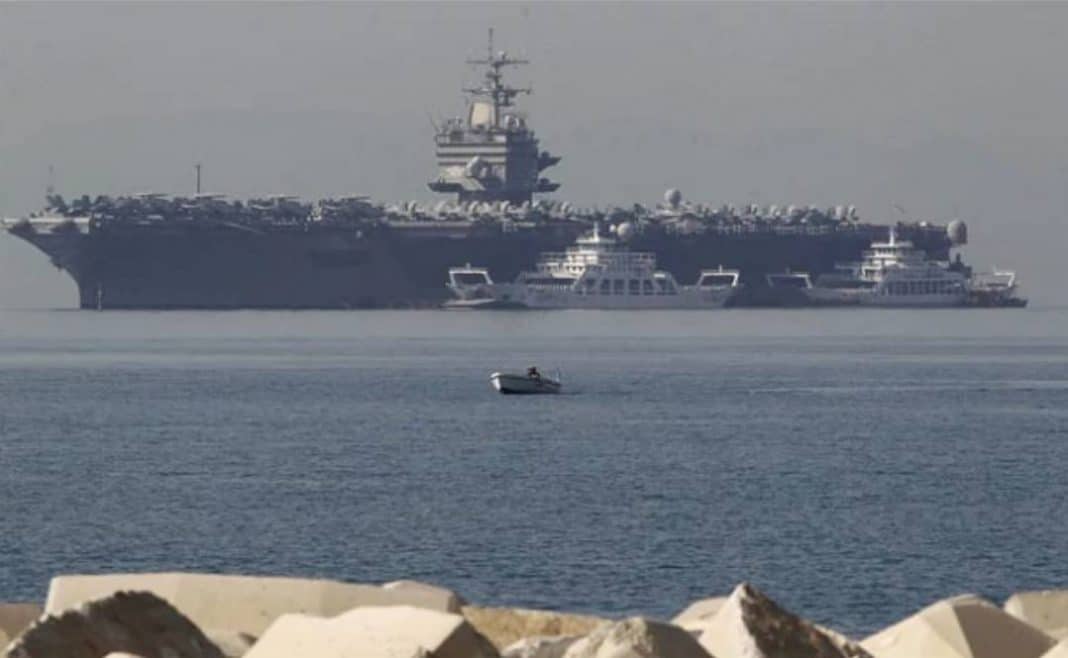 Inquisitive observers of the Middle Eastern politics would naturally wonder why do Western powers prop up the Gulf’s petro-monarchies, knowing fully well that they are the ones responsible for nurturing Islamic extremism? Does this not run counter to their professed goal of eliminating Islamic radicalism and terrorism?

Seemingly, the Western powers support the Gulf’s autocrats because it has been a firm policy principle of the Western powers to promote ‘stability’ in the Middle East instead of representative democracy. They are mindful of the ground reality that the mainstream Muslim sentiment is firmly against any Western military presence and intervention in the Middle East region.

In addition, the Western policymakers also prefer to deal with small groups of Middle Eastern ‘strongmen’ rather than cultivating a complex and uncertain relationship on a popular level, certainly a myopic approach which is the hallmark of so-called ‘pragmatic’ politicians and statesmen.

Left to their own resources, the Persian Gulf’s petro-monarchies lack the manpower, the military technology and the moral authority to rule over the forcefully suppressed and disenfranchised Arab masses, not only the Arab masses but also the South Asian and African immigrants of the Gulf states. One-third of the Saudi Arabian population is comprised of immigrants. Similarly, more than 75% of UAE’s population is also comprised of expats from Pakistan, Bangladesh, India and Sri Lanka.

The rest of the Gulf states, including Kuwait, Qatar, Bahrain and Oman, also have a similar proportion of immigrant workers from the developing countries. Unlike the immigrants of the Western countries, however, who hold the citizenship status, the Gulf’s immigrants have lived there for decades and sometimes for generations, and they are still regarded as unentitled foreigners.

Regarding the question that is there a way for the international community to persuade the Gulf states to implement democratic reforms, it’s worth noting that the nuclear sanctions on Iran from 2006 to 2015 have brought to the fore the enormous power that the Western financial institutions wield over the global financial system.

Despite the sanctions being unfair, Iran felt the heat so much that it remained engaged in negotiations throughout the nearly decade-long period of sanctions, and the issue was finally settled in the form of the Iran nuclear deal in April 2015. Such was the crippling effect of those ‘third party’ sanctions on the Iranian economy, however, that had it not been for Iran’s enormous oil and gas reserves, and some Russian, Chinese and Turkish help in illicitly buying Iranian oil, it could have defaulted due to those sanctions.

All I am trying to suggest is that there are ways to persuade the Gulf’s petro-monarchies to implement democratic reforms and to desist from sponsoring Islamic extremism, provided we have just and upright international arbiters. As in the case of aforementioned Iran sanctions, sanctioning the Gulf states also seems plausible, however, there is a caveat: Iran is only a single oil-rich state which has 160 billion barrels of proven oil reserves and has the capacity to produce 5 million barrels per day (mbpd) of crude oil.

Therefore, though enforcing economic sanctions on the Gulf states to implement democratic reforms sounds like a good idea on paper, but the relationship between the Gulf’s petro-monarchies and the industrialized world is that of a consumer-supplier relationship. The Gulf states are the suppliers of energy and the industrialized world is its consumer, hence the Western powers cannot sanction their energy suppliers and largest investors.

If anything, the Gulf’s petro-monarchies have ‘sanctioned’ the Western powers in the past by imposing the oil embargo in 1973 after the Arab-Israel war. The 1973 Arab oil embargo against the West lasted only for a short span of six months during which the price of oil quadrupled. But Washington became so paranoid after the embargo that it put in place a ban on the export of crude oil outside the US borders — which is still in place — and began keeping 60 days stock of reserve fuel for strategic and military needs.

Recently, some very upbeat rumours about the shale revolution have been circulating in the media. However, the shale revolution is primarily a natural gas revolution. It has increased the ‘probable recoverable’ resources of natural gas by 30%. The shale oil, on the other hand, refers to two starkly different kinds of energy resources: first, the solid kerogen — though substantial resources of kerogen have been found in the US Green River formations, but the cost of extracting liquid crude from solid kerogen is so high that it is economically unviable for at least 100 years; second, the tight oil which is blocked by the shale — it is a viable energy resource but the reserves are so limited, roughly 4 billion barrels in Texas and North Dakota, that it will run out in a few years.

More than the size of oil reserves, it is about per barrel extraction cost, which determines the profits for the multinational oil companies, and in this regard, the Persian Gulf’s crude oil is the most profitable. Further, regarding the supposed US energy independence after the so-called ‘shale revolution,’ the US produced 11 million barrels per day (bpd) of crude oil in the first quarter of 2014, which is more than the output of Saudi Arabia and Russia, each of which produces around 10 million bpd. But the US still imported 7.5 million bpd during the same period, which is more than the oil imports of France and Britain put together. More than the total volume of oil production, the volume which an oil-producing country exports determines its place in the hierarchy of petroleum and the Gulf’s petro-monarchies constitute the top tier of that pyramid.