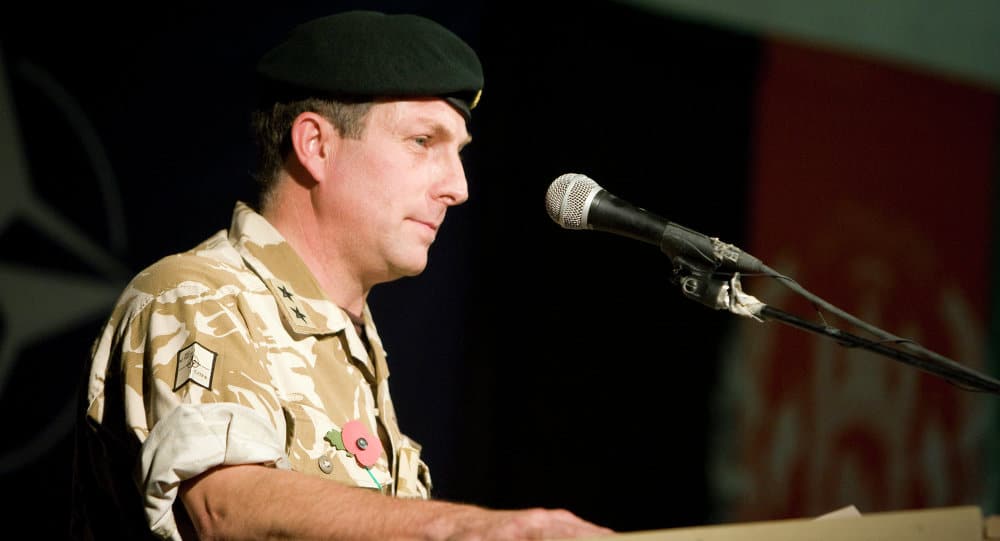 [ Editor’s Note: Nothing is more pitiful and a worse reflection on a military officer corps than to hype or even fabricate threats in order to boost funding. The British military seems to consider fakes threats an Olympic Gold Medal competition.

We watched while the Russian naval ships were heading to the Syrian coastal area as part of their successful counter terrorism operation, the British military made a big show of defending the British Coast line.

I assume they had secret Intel that the announced Russian campaign to help save Syria from ISIS was a ruse to launch a sneak attack on Britain. Why Russia would want Britain anyway, and all of its problems, was never explained.

But the despite the huge equipment problems with the new British ships, similar to the American problems, plus looming huge expenditures to modernizing its nuclear sub force, it miraculously dipped into its short funds to put on the silly show of shadowing all the Russian ships that passed by.

It was an embarrassment, but worse, a cheap ploy to get the struggling British people, long suffering from being exploited by its own elites, to forget all that and wave higher military expenditures through the budget.

Another problem we have with the Western General Staff these days is their having their eyes on high paying second careers and the juicy expense accounts that come with that only if the military industrial complex is expanding.

Am I sayingthat they would hype threats purely to create a need for a nice cushy post retirement job? You can bet your behind that I am. And I can think of nothing that more dishonors their oath of oath that to promote wasteful defense spending with hyped threats so they can profit from it.

Dean General Carter, if you are thinking I am taking a cheap shot here, we would be happy to arrange an hour video debate with VT, with the limitation of your only getting half the time, and there would be no editing. We are still waiting for someone to accept this challenge.

The endless stories of shoddy British military equipment breaking down in the field are legendary, from poor infantry kit equipment, to the engines of light armor “cooking off” in the hot climate conditions of Afghanistan. Disabled British combat vets are shamefully treated, just thrown onto the overloaded civilian program .

Despite these problems, the general staff pushes for the big ticket items like the air craft carrier and newer nuclear missile subs, needed like Britain needs a hole in the head, with Brexit and everything else on its plate ... Jim W. Dean ] 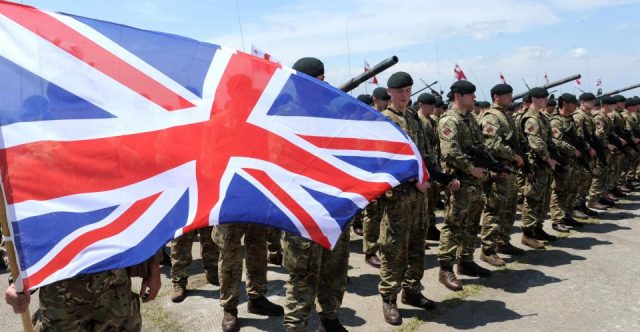 The UK Army chief is deploying one of Britain’s most well-tested military tactics – begging for money by using Russia to scare the public and government into action. To quote analyst Mark Galeotti, “Russia is being weaponised.”
–

General Sir Nick Carter will reportedly tell the Royal United Services Institute that he’s worried that Britain’s military is not keeping up with its adversaries – basically Russia – with particular concern about Moscow’s long-range missiles, “aggressive expeditionary force” and “cyber-warfare capabilities.”

If you’re wondering what he means, it’s kind of similar to the British missiles placed on Russia’s border in Estonia last year, or the expeditionary force deployed next to them, or the UK Army’s cyberwarfare specialists at 77th Brigade or GCHQ. So much for not keeping up!

The general is coming forward with his begging bowl, apparently under orders from Defence Secretary Gavin Williamson, who’s held his position for about three months, which brings his military experience to… three months.

What heads of government departments want more than anything is extra cash; that is basically why they exist, yet they need to find reasons. Russia is so useful when it comes to demands for resources that Moscow should be receiving thank-you notes, or at the very least a Christmas card.

There is, however, a disconnect. The government and military expends a lot of hot air talking about the “Russia threat.” But when it comes to the crunch, the military budget gets cut. I personally would conclude that no one in the corridors of power is genuinely concerned about any looming war with Russia.

Does that sound like a country worried about a major conflict?

General Carter – who, to be fair to him, is paid to worry – believes Britain would struggle to withstand Russian forces on the battlefield. I’ve got some great news for him: Britain won’t be facing Russia on a battlefield any time soon. Unless of course NATO decides it’s been talking about conflict so much it might as well start one. Even then, Britain would be surrounded by all the other NATO members, so no need to worry.

It’s thought that Carter is basing his concern partly on the “large-scale” Zapad military exercises held in western Russia last year. You’d think the head of the army would know that, generally speaking (no pun intended), soldiers do need to practice stuff, even Russian ones. Also, the best place to practice is close to your own border where the world’s biggest military alliance has been continuously deploying its own forces.

But, if he’s so against military exercises, then cancel all the ones Britain is planning. That would save loads of money.

There was the same kind of panic in November when Russian President Vladimir Putin told arms producers that they must be able to prepare for war. What else should he tell makers of weapons? Prepare for a bake sale?

There are a few other options possibly available to the British military. The UK could ask for some of the weapons it has sold to Saudi Arabia over the years to be returned or loaned back – the ones not being used against Yemen.

It could stop buying massive aircraft carriers designed for post-imperial willy-waving rather than the conflicts it’s actually likely to face. It could stop finding wars in the Middle East to go and fight.

Or, it could even save the billions it spends on the Trident independent nuclear deterrent (that is independent apart from needing the US to run it) and spend it on some boots for the troops, and perhaps a few beds for the NHS.

What do you think, General?