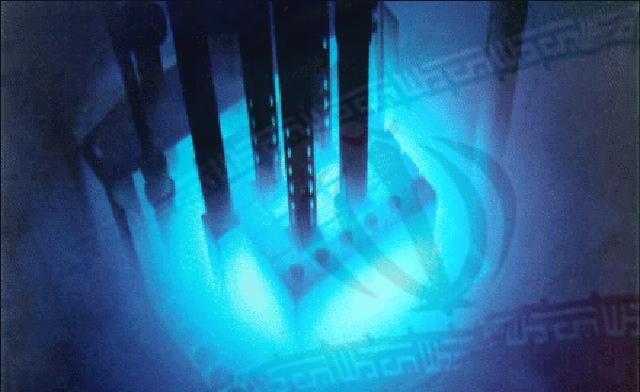 [ Editor’s Note: There has been little attention paid to the US having a dual strategy and goal for challenging the JCPOA.

While Trump’s jingoist statements with their usual semi-literate tone – “very, very bad deal” – are attempting to portray him as Moses delivering the Ten Commandments on Mount Olive, I am seeing another behind-the-scenes goal.

Trump wants to show to the world that he can bend the EU into changing the JCPOA, which would give him cover by weaseling out of the deal himself. If he can sucker them into this, he will repay them by demanding that US policy with Russia also be followed. This is how gangsters work, once they see you are intimidated by them they keep coming back to collect their “fear rent”.

If the EU does this, it will of course have damaged its own credibility, something which Trump is oblivious about, as he has survived damaging his so many times.

With his background of being a NY City mob groupie, we see Trump falling back on an often used tactic of threats and arm-twisting to get what you want. Will this work? We cannot tell at this point.

We can see below Boris Johnson’s statement about the recent Trump extension buying more time to deal with US issues. But no matter how you cut it, this would involve abrogating the deal to renegotiate it, theoretically.

By that I mean it is not a renegotiation to demand a concession from Iran while offering nothing in return, other then renewing sanctions. But why should Iran agree to that, when the pattern would then be set for a “renegotiation” being demanded in two more years?

Iran knows better than to play that game. Never covered in all the press on this controversy is one word about how the JCPOA exposed that neither the US nor Israel had any proof of an Iranian secret nuclear weapons program. The charge was done in bad faith not only against Iran, but to the American people who were ruthlessly lied to.

Again, we see how once the camel has his nose in the tent, it wants to get its head in next. Where we initially had one focus on redoing the deal – Iran’s missile development – we now see another key part of the deal being put in play, the 10-year period of restrictions.

Israel wants that killed and, hence, those are Trump’s marching orders. But at the time the deal was made, everyone knew that was a deal killer. What sovereign country would submit to such a limitation that others were not subjected to, like the US and Israel.

The ten-year limit obviously would begin a new round of negotiations around the 8th year. At that time, Iran could easily parry any extension by agreeing to join a treaty where all nations, starting with those in the Mideast, agree to the same restrictions.

Israel would never do that of course, nor would the US. So Iran would be on solid logical ground to claim, “Then neither would we”.

To defend itself against new sanctions it will hope to gain so much foreign investment in the country by that time, especially from the EU, that new sanctions could never get through the UN Security Council.

With this background, you can see how the US, Trump, the NeoCons, Israel and the Gulf State pretend-an-Arab royalty are jointly conspiring to continue the economic war on Iran’s economy, a breach of the deal in itself.

We can now see a justification for the US having a president used to working closely with gangsters, as he is not only experienced in that company, but quite comfortable… Jim W. Dean ]

US President Donald Trump is blackmailing members of the European Union that are signatory to the 2015 Iran nuclear deal, Russia’s envoy to the bloc has warned.

“It is difficult to consider Trump’s recent statements as anything other than an attempt to blackmail the European participants in the deal,” the Russian envoy, Vladimir Chizhov, told the country’s TASS news agency on Wednesday.

Earlier this month, Trump signed his third sanctions relief for Iran as part of Washington’s commitments under the nuclear accord, known as the Joint Comprehensive Plan of Action (JCPOA).

The multilateral agreement, also signed by the UK, France, China, Russia and Germany, removes all nuclear-related sanctions against Iran in exchange for certain limitations on its peaceful nuclear program.

The American head of state, who has called the agreement “embarrassing” for Washington, warned EU signatories that he was giving them “a last chance” to join the US in “fixing significant flaws in the deal.”

“No one should doubt my word,” Trump said, warning the European leaders that he would take the US out of the deal if they fail to meet his expectations by May, when the waiver expires.

The remarks drew criticism from German, French and British officials, who have asked Trump to refrain from any action that would harm the landmark deal.

When asked whether there were any indications that the three EU members were caving in to Trump’s pressure, Chizhov’s answer was negative.

“There are no clear signs that the European members of the six-party group have changed their position seeking to support the US,” the Russian envoy said.

Officials from France, Germany and the UK have been working with US Secretary of State Rex Tillerson to explore different options to keep the deal in effect.

Speaking at a news conference next to his American counterpart, UK Foreign Secretary Boris Johnson said Monday that they were trying to find a way to address Trump’s demands about Iran’s development of ballistic missiles.

The US president claims that Iran’s development of ballistic missiles for defensive purposes is in breach of a UN Security Council resolution that endorses the JCPOA.

Iran, however, has time and again made it clear that its missile capabilities are purely defensive in nature and are not up for negotiation.

Johnson said Monday that addressing this issue gives the two sides more time to address Trump’s bigger gripe with the deal; that the JCOPA-related restrictions would expire next decade.

Trump’s claims about Iran’s violation of the JCPOA go against many reports by the International Atomic Energy Agency (IAEA) that have all verified Iran’s adherence to the terms of the deal since January 2016, when it took effect.