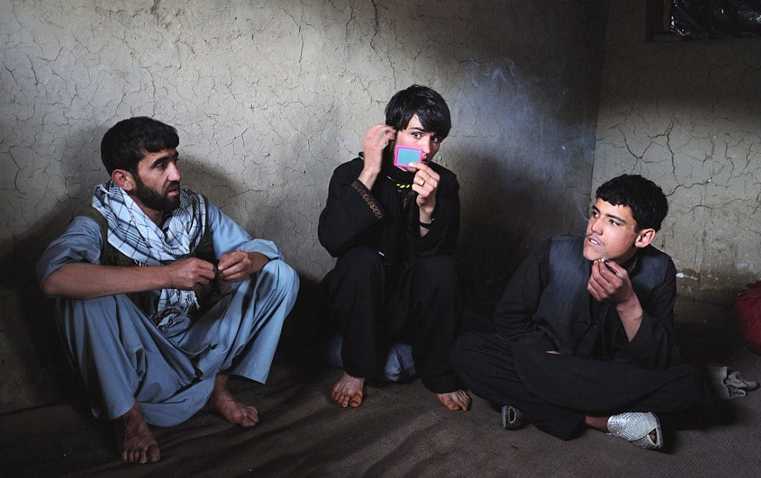 [ Editor’s Note: This is a classic story on how, as Gordon does so love to say, “the world really works”. That the US military would want to cover up these crimes, despite the laws in place, comes as no surprise.

But reading below how the US soldiers were punished for doing the right thing, what most of America, the ones here who are not pedophiles would completely support, that was a flashing red line. Even worse, we are getting the story once again from alternate media.

We will hear no outrage from the veteran community, or the organizations themselves. They have a long record of keeping their noses out of such things. Their Congressmen don’t like the attention, as more demands would be made to do something, which most don’t want to do, preferring to save their “political capital” for issues closer to home.

No one will accept any responsibility for the growth of ‘the ugly American” taint that is being manufactures by the old and now new version of “America first”, which in plain English means to the power crowd, “We can do anything that we want and you can’t do anything about it, because we will kick your ass.”

What’s not to love about that? But they won’t put it on a recruiting poster. So just like cranking up the opium and heroin business made Afghanistan’s social problems worse, we see virtually nothing being done to stop it, because it would be bad for business.

A lot of the training money for the Afghan army went into building a professional officer corps. Statistics were generated for Congressional reports to justify the spending budgets, and to support requests for more. Only a few were willing to upset that apple cart.

That is the God that is worshiped, covering the asses of the higher ranks, not the one on our currency, or the one in the oath that the military people take. The true-blue soldiers were punished for doing the right thing.

We thank them for saving some American honor. A little bit at least makes all those that kept their mouths shut know where they rank on the evolutionary scale, as primitive life forms. It is a path they chose, and they will never be honored here… Jim W. Dean ]

American military troops stationed in Afghanistan have turned a blind eye on thousands of “gross human rights abuses” by the Afghan military forces over the past few years, including many instances of child sexual abuse, a new US government report has found.

The heavily-redacted report released this week by the Special Inspector General for Afghan Reconstruction, known as Sigar, was commissioned by the administration of former President Barack Obama and was supposed to remain “Secret/ No Foreign,” until June 2042.

According to the report, the US military has given a free pass to the Afghan accusers on no less than 5,735 cases between 2010 and 2016, breaching the Leahy Law which states military aid to the offending unit must be stopped. 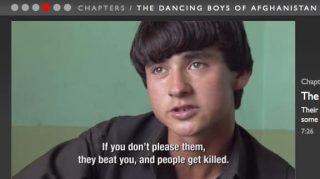 As of August 12, 2016, the Pentagon had opened investigations into 75 instances of gross human rights violations, seven of the involving sexual assault on children.

The Sigar warned that a loophole in the Leahy Law, called the “notwithstanding clause,” was being repeatedly abused by military officials to continue the Afghan military aid.

This assistance to units that were aware of the crimes “undermines efforts by US government officials to engage with the Afghan government on the importance of respect for human rights and rule of law.”

The report does not specify how many times did the US soldiers ignored reports about the practice of bacha bazi, or “boy play,” where some Afghan commanders keep underage boys as their sex slaves.

“Although DOD (the US Department of Defense) and State have taken steps to identify and investigate child sexual assault incidents, the full extent of these incidences may never be known,” read the report by Sigar.

Capt. Dan Quinn, a former US Special Forces officer who was fired for allegedly beating up an Afghan pedophile, said the US military was to blame for the growing trade. “We were putting people into power who would do things that were worse than the Taliban did,” Quinn told The New York Times.

Sgt. First Class Charles Martland, a highly decorated Green Beret, was also relieved from duty after getting physical with an Afghan local police commander in Kunduz who was accused of kidnapping and raping a boy. He was reinstated after a series of Congressional inquiries, the Times reported.

The Times also pointed to the suspicious death of US Marine Lance Cpl. Gregory Buckley Jr., who was killed at a checkpoint by one of the boys of a local commander. Buckley had on several occasions complained about the commander’s pedophilia.

None of these issues were mentioned in the Sigar report. The report sheds more light on the dark sides of the 2001 US invasion of Afghanistan, which has been followed by an ongoing occupation.

Washington had pledged to eradicate the Taliban and other terror groups wreaking havoc in Afghanistan. After years of deadly clashes, however, the Taliban are seemingly stronger while the Daesh (ISIL) terror group has also gained a foothold in the country.