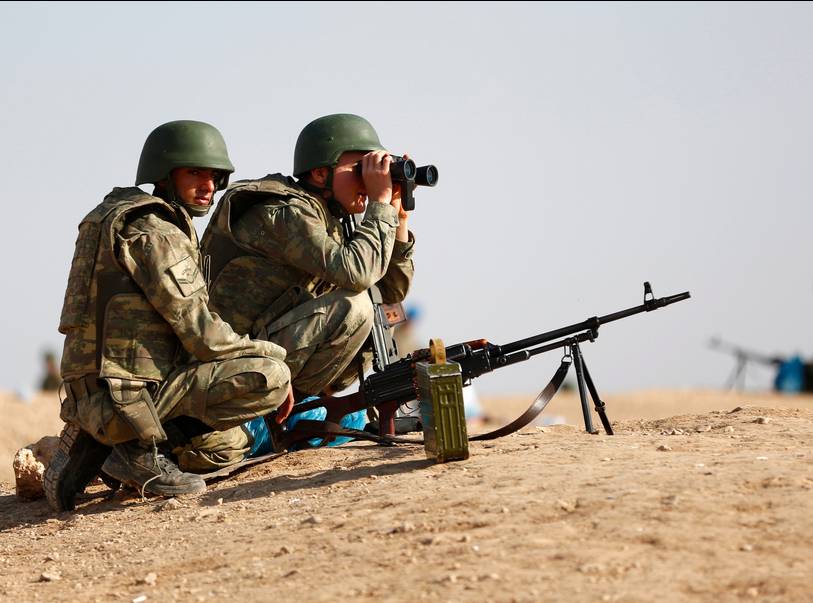 … by Firas Samuri for Veterans Today
After Turkey had unleashed a military operation in the north of Syria it became clear that Erdogan is ready for decisive actions on this issue. On January 25, the Kurdish command initiated the redeployment of its troops from Deir Ezzor and Al Hasakah to the area of Manbij.
–
In response to these events, the American authorities began to seek for an output from a current situation. According to our sources in Afrin, Washington accepted the assassination of high-ranking and radical Kurdish field commanders and politicians with the help of the Turkish army in order to prevent further escalation of tension between NATO allies.
–
Commenting on the Anadolu reports on the redeployment of PYD/PKK fighters from several areas in northeastern Syria to Afrin, Pentagon spokesman Major Adrian Rankine-Galloway noted that the United States does not control the Syrian democratic forces, and only just provide them with support and make recommendations.
–
At the same time, the spokesman specified that if any YPG fighter leaves the battle against ISIS in order to participate in the Afrin operations, Kurds will lose U.S. support. Galloway clarified that this decision will be applied to the situation around Afrin and At Tanf.
–
Inside Syria Media Center continues to monitor the developments around Afrin. Probably, we should be ready for new victims. It is likely that some Kurdish politicians and field commanders will be assassinated. If this really happens, the U. S. will once again show that the Kurds are just a bargaining chip for them.