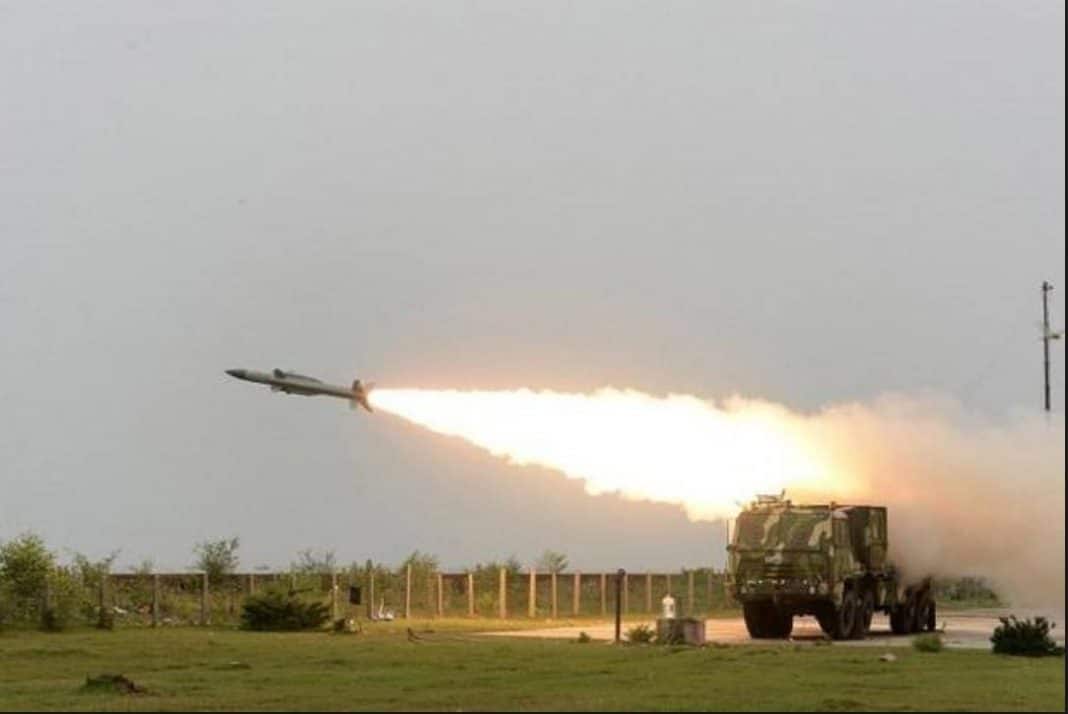 …by BG Simon Sharif (Army of Pakistan) for Veterans Today

A case of too many bombs and too few options

Israeli Prime Minister Benjamin Netanyahu’s six day visit to India manifests a growing relationship. Beyond reciprocity, both countries will widen the relationship beyond defence and intelligence.

With the rise of the Hindu Right, relations between the two countries were bound to grow. RSS always believed that Palestine was the natural territory of the Jewish people, essential to their aspiration for nationhood.

This belief arose out of hate they had for Muslims. The secularists followed and India recognised Israel in 1950. Collapse of USSR forced India to reconsider its policies that included extending full diplomatic recognition to Israel. This would not only boost India’s military capability but also help in accelerated technological developments.

In the politics of Middle East, this growing relationship cannot be ignored.

The Palestine issue was relegated by many Arab states and recognition of Israel by them encouraged India to ignore the Palestine and Kashmir (Muslim) sentiment to co-opt Israel in its wider interests. The recent US-Israel-KSA alliance is a welcome opportunity for India to ferment this relationship on a broad spectrum. Terrorism bogey brings India closer to many.

It will become more significant once Indian industrial giants like Tata and Indian South Block forge cooperation with state of the art Israeli technologies that could develop into major stakes in international competition. Then India hopes to checkmate the Chinese juggernaut. In the bargain, India will get full backing of USA to intimidate Pakistan.

It is important to review that whilst Pakistan slept due to bad governance, India was a country on the move.

Over a period of time, India has become a major stake holder in Middle East through its skilled manpower, Indian multinationals and labour. In many Arab Kingdoms, Indians are the largest ethnic group. These expatriates are now embedded in the systems and work for the interests of their motherland.

Following the US intervention in Iraq, the events turned contrary to what USA had desired. The instability in Iraq and Syria gave Iran, Turkey and Russia far more leverage in the region. ISIS, raised from the ashes of Iraq and bred close to Jordanian and Israeli borders grew and spread.

This breeding ground is not Afghanistan or Pakistan but the numerous epicentres in Europe and UK. The Southern Front is perforating and it must have allies across the Arabian Peninsula. India by bethroding Israel has emerged as a fiercely credible competitor. This relationship bonds well with US-Israel-Saudi nexus.

Saudi concerns are twofold in which Pakistan is of limited utility.

Saudi Arabia feels insecure by the monster it helped create and wants to move away from it. The realisation came during President Obama’s tenure when Saudi’s issued a special royal decree against terrorism. USA and Israel can assist Saudi Arabia to deal with this menace.

Second, growing Iranian influence is a shared concern with Israel. Though President Obama was reluctant, President Trump has forged a new US-Israel-KSA nexus. This understanding was manifested when Israeli anti-ballistic missile defences shot a missile fired from Yemen towards Riyadh.

Saudi Arabia enjoys tremendous leverage with Pakistan but the latter was a reluctant partner to act as a security shield against Iran. This opened doors for Israel and indirectly India; explaining why a UAE military contingent was seen on Indian national day parade.

But to keep doors of diplomacy open, Saudi Arabia followed by sending its own military contingent on Pakistan Day Parade. Iran could be an outright adversary for Israel and Saudi Arabia but certainly not the two South Asian neighbours.

A multi-pronged US strategy to contain Pakistan is now visible. The major concern is Pakistan’s growing cooperation with China. The perception being built is that Pakistan breeds and abets terrorism. This way USA could control both Middle East and South Asia thereby tightening the containment ring. This is why India has been co-opted in its Long War Strategy in Afghanistan.

But India has an inherently independent distant outlook. In future it sees itself a competitor and not a minion. There are limits that saturate Indian objectives.

Second, despite its efforts to outstrip China as the powerhouse of Asia, Indian economic engagement with China is growing and makes military objectives irrelevant. This two way mutuality puts limits on US objectives in the region. So in the immediate and midterm, Indian concern is not China. It never will be.

India’s concern is Pakistan. China and terrorism bogeys help India fine tune a Pakistan specific military force and nuclear structure. It singularly wishes to neutralise Pakistan in the backdrop of a rising China and relegate the ‘Kashmir Issue’ like Palestine. India also sells itself as the only option that can militarily defeat Pakistan and strip its nuclear capability. Towards this Israeli technical and material cooperation is invaluable.

As Strategic Arms Limitation Talks (SALT) proved, limiting anti-nuclear defence became a hot subject that withheld disarmament. The absence of such a debate in South Asia is contributing to nuclear arms race.

India is desperately working to enhance its second strike nuclear capabilities through an effective anti-ballistic missile shield. In simple words, India will be left with more nuclear toys in its second and residual strikes to dictate terms to Pakistan. This means developing anti-nuclear shields to an extent that Pakistan’s nuclear strikes become irrelevant. To a limited extent, Israel demonstrated this capability during the Iraq War against Scuds and most recently against Yemen.

Another acquisition is the Israeli target acquisition technologies, reportedly used extensively by India artillery and air force in Kargil against Pakistan. This would help India to make its launch systems pinpoint accurate.

India always coveted the Arrow Missile System a joint product of Israel and USA. This system is far more advanced than Patriot but USA blocked a deal with India. After India joined the Missile Technology Control Regime (MTCR), this waiver is a matter of time. In the meanwhile India has already developed the Barak Missile System, a clone of Arrow with possibly reverse engineering by Israel.

The system with up gradations is deemed to be effective against Pakistani cruise missile launched from a tripod of ground, air and sea and also Pakistani missiles targeting Indian nuclear sites. In 2000, Israel submarines test launched these systems with Indian cooperation off Sri Lanka.

So the game of up-man-ship in nuclear deterrence continues in South Asia. Combined, nuclear arsenals of the sub-continent have overgrown those of Europe. Pakistan cannot be caught napping in an area it has been wide awake. For Pakistan, Terminal High Altitude Area Defence (THAAD) is a matter of time. Will a time come when there will be too many bombs and too few options?

It is therefore not without reason that the UN secretary General wants India and Pakistan to negotiate issues. I do not know if it was intended, but certainly the spokeswoman of the State Department has also said the same few days ago.

The writer is a political economist and a television anchor person.

[ Related: Editor’s Note and warning: This is the worst music video, maybe for the entire history of humanity. Please read the YouTube comments before watching to be sure that you are viewing this in a state of sound mind and body.

You might want to leave a last note for your loved ones, in case in fit of depression you decided to take your your own life to erase the pain of the memory of having seen this.

Personally, I am just green with envy that someone was paid real money to make something like this, when I have done so much free video work. 🙂 Jim W. Dean ]