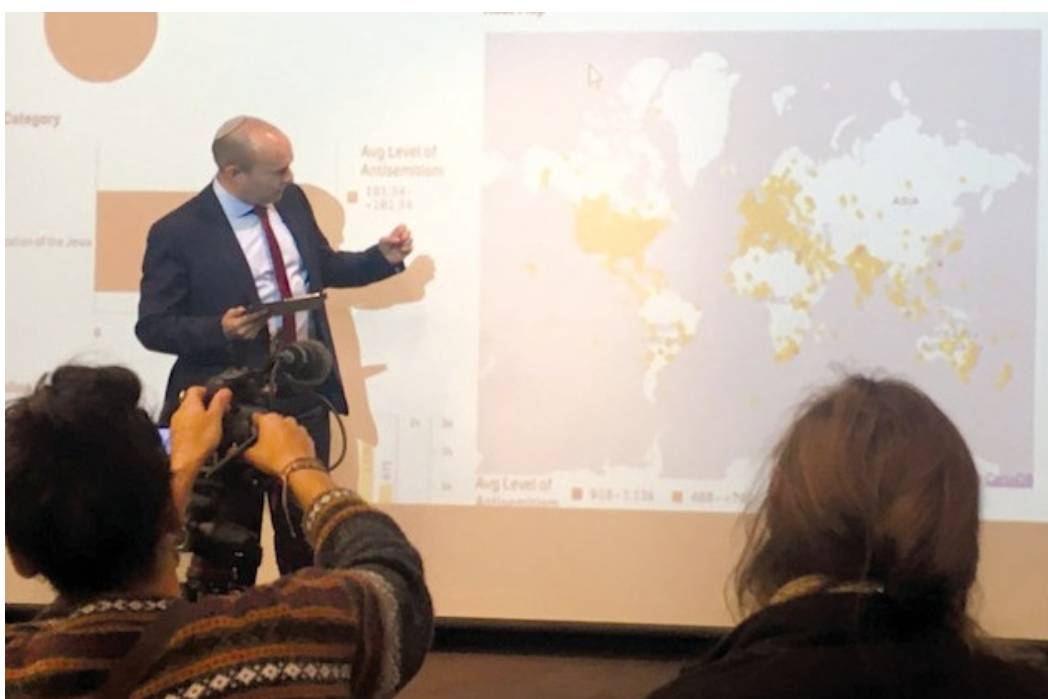 TEL AVIV, Israel – The Israeli government has launched a plan to spy on the entire world online, in a major initiative which will see it reporting antisemitic posts to government authorities in countries everywhere.

The system, launched three days ago, is already targeting all Facebook and Twitter posts in English, Arabic, French and German. Other languages and social media platforms will be added over time.

The initiative has been developed over the past year by the Israeli Defense Ministry and the Diaspora Affairs Ministry, to track antisemitism the world over. The Diaspora Affairs Minister Naftali Bennett stressed the platform, known as the Antisemitism Cyber Monitoring System, is not aimed at monitoring criticism of Israel, although the minister conceded its scope would include “anti-Israeliness.”

Whilst privacy has been a major issue in the United States and elsewhere, with intelligence and other government agencies accused of unneccessary surveillance of its citizens, Israel has shrugged off privacy concerns of world citizens.

“Sunlight is the best disinfectant,” Bennett said at a press conference in Tel Aviv to launch the initiative. “From today every antisemite online should know he is exposed, the hatred he spreads is being watched and he will be held responsible. It’s time to set a mirror in front of our enemies and expose the ugly face of the modern antisemite, he who tweets Swastikas instead of branding them in the street. From now we will know who the leading antisemites are and they will be dealt with.”

“Antisemitism hasn’t vanished, it has shifted shape and moved from the street to the web,” the minister said.

Mr Bennett’s ministry has established a command center that will screen the Web and will collate its findings for public disclosures. Antisemetic comments on social media posts will be reported to authorities in the countries where the posts are being made, for action by them.

“This is a very exciting day,” Bennett said. “For the first time, we are launching a global online system to scope antisemitism in the entire world. You might call it a supertanker to deal with antisemitism online.”

The platform will not be open source however independent parties will be able to make application for the information.

“We are making a distinction between legitimate criticism of Israel and antisemitism,” the minister said in response to a question posed to him during the launch. “This system does not deal with critique of Israel, we are talking about antisemitism and sometimes that is under a cloak of anti-Israeliness.”

The ministry noted that during a particular month when the system was in pilot mode, it monitored and analyzed 409,000 antisemitic posts and tweets written by 30,000 people.

When President Trump announced the United States would recognise Jerusalem as Israel’s capital on December 6, the system noted an estimated 900% increase in antisemetic posts, The Jerusalem Post reported.

The ministry said they had identified five major cities where antisemetism posts are most prominent. They are Santiago (Chile), Dnipro (Ukraine),  Bucharest (Romania), Paris (France) and London (UK).