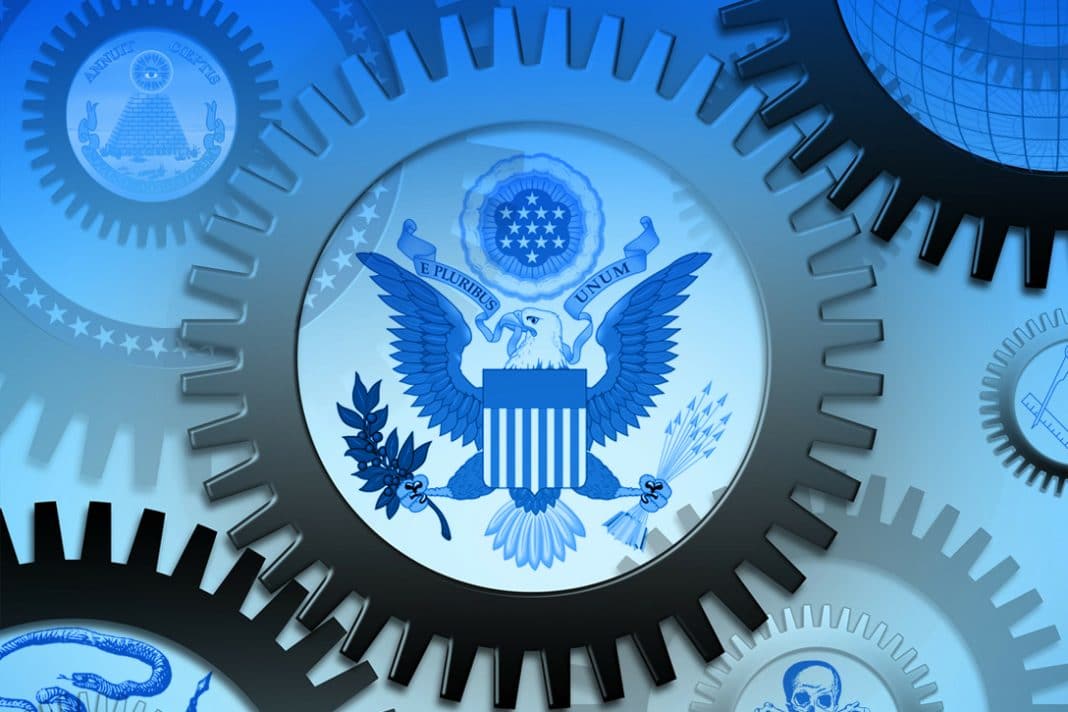 Editor’s note: Is all information received by each and every one of us stupid enough to engage with controlled media, education, fake history, all one in the same, engineered mind control, subject to a purpose?

This is what Steve examines here as he looks at the roots of what has now become a monstrosity, as Snowden tells us our own home appliances can, in some cases, feed our every word and gesture in the privacy of own homes to an AI hostile to humanity.  Read on… Gordon

Inform yourself and use this unique six-part series to give yourself, your family and/or friends a full spectrum peek behind the curtains of the global control and enslavement that is imposed on humanity by an elite few of spiritually confused and monstrous acting people.

John F. Kennedy described these people as opposing humanity through a worldwide “monolithic and ruthless conspiracy that relies on covert means for expanding its sphere of influence —-on infiltration instead of invasion, on subversion instead of election, on guerrillas by night instead of armies by day.

It is a system that has conscripted vast human and material resources into the building of a tightly knit, highly efficient machine that combines military, diplomatic, intelligence, economic, scientific and political operations…”

In this day and age of vast amounts of news and media that bombard and compete for public attention fewer and fewer are able to discriminate fact from fiction. Shocking tabloid headlines, once reserved for amusement at grocery store line checkout, are now used by the mainstream press to bait the hook to get the consumer to bite and read/watch more.

Journalists and reporters, if you can now call them such, are woefully compromised in the bias they take in propagandizing issues that ultimately serve the agenda of the media giants and hidden elite (owners of these media conglomerates) for whom they work and shape the perceptional lens of the masses.

Is there an intentional agenda behind all this and if so, whose masterminding it and for what purpose? The answer, I believe, is YES.

For a moment, let us journey back to 42B.C. and the profoundly insightful words of Marcus Tullius Cicero:   “A nation can survive its fools, and even the ambitious. But it cannot survive treason from within. An enemy at the gates is less formidable, for he is known and carries his banner openly. But the traitor moves amongst those within the gate freely, his sly whispers rustling through all the alleys, heard in the very halls of government itself. For the traitor appears not a traitor; he speaks in accents familiar to his victims, and he wears their face and their arguments, he appeals to the baseness that lies deep in the hearts of all men. He rots the soul of a nation, he works secretly and unknown in the night to undermine the pillars of the city, he infects the body politic so that it can no longer resist. A murderer is less to fear.” 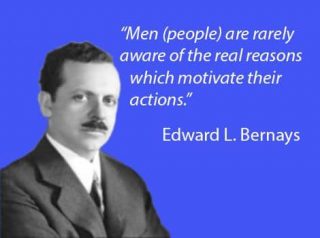 Now, fast forward to one of the greatest known masterminds of media propaganda and tactical distraction was Dr. Edward L. Bernays. He is considered the founding Father of Public Relations and was also the nephew of famed psychoanalyst Sigmund Freud.

Some twenty-five years ago I spent an afternoon with Dr. Bernays picking his brain on the subject of PR strategies to promote humanitarian concerts I envisioned could promote world peace.

In his late 90’s at the time, he was kind and considerate with me as he served coffee and crumb cakes and showed photos of himself with Henry Ford, Thomas Edison and numerous US Presidents of this era that he had worked with.

Over the course of the next 25 years, I would experience great pushback from various power structures in achieving my goals towards peace. I went to great lengths to educate myself about why this could be occurring and ultimately learned of the real power and philosophies that drove the manipulative skills of Bernay’s. 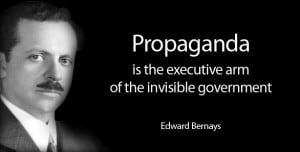 Towards bringing a spotlight to the elite few who orchestrate the monstrous intent of mind-controlling society, consider this excerpt from a speech from John F. Kennedy before the American Newspaper Publishers Association on April 27, 1961 (some two years before his assassination):

“We are opposed around the world by a monolithic and ruthless conspiracy that relies on covert means for expanding its sphere of influence —-on infiltration instead of invasion, on subversion instead of election, on guerrillas by night instead of armies by day. It is a system that has conscripted vast human and material resources into the building of a tightly knit, highly efficient machine that combines military, diplomatic, intelligence, economic, scientific and political operations…

Its preparations are concealed, not published. Its mistakes are buried, not headlined. Its dissenters are silenced, not praised. No expenditure is questioned, nor rumor printed, no secret revealed. It conducts the Cold War, in short, with a wartime discipline no democracy would ever hope or wish to match…

In order to place the agenda and motive of mind-controlling society through the modern media, machine lets consider a few historical quotes that point to people behind such actions.

The means of defense against foreign danger have been always the instruments of tyranny at home. Among the Romans it was a standing maxim to excite a war, whenever a revolt was apprehended. Throughout all Europe, the armies kept up under the pretext of defending, have enslaved the people.” ― James Madison

One of the greatest truisms of the human existence and wisdom, when describing the various monstrous realities that have occurred on our earth, is “Follow the money.” In part II of this series of articles, we’ll next explore the subject of “Banking and War Profiteering.”

As a pretext to subject, I encourage you to consider the nature of greed, money, and power as described by Mayer Amschel Rothschild, considered the ‘Founding Father of International Banking’: “Let me issue and control a Nation’s money and I care not who makes the laws.”