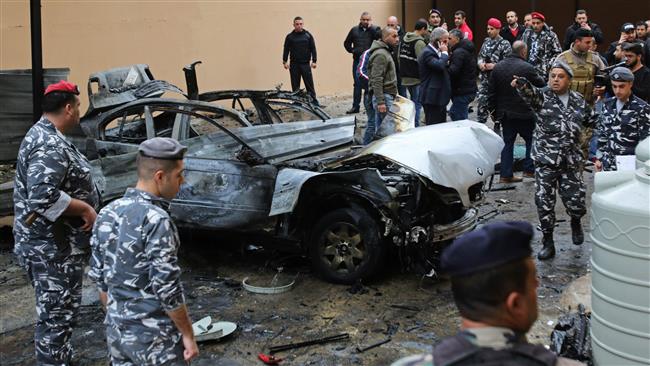 [ Editor’s Note: My, my… the Mossad must be getting sloppy, not using the right kind of bomb to blow up their Hamas target. Size does matter in such events, plus loading a good layer of ball bearings at the top of it, with a shaped charge to guarantee that it is fatal.

The Israelis have quite a bit of experience at this. Either they are slipping, or they got nailed with a malfunction of the bomb. The Hamas guy was very lucky.

We will now get to watch once again what kind of condemnation gets dumped onto our “always loving to play the victim” allies, the Israelis. Killing one Hamas guy would not have any positive effect on Israeli security, other than advertising that they can do it and that nothing will happen to them over it.

This one has the potential to be different, as Lebanese security has done an excellent job of identifying all those involved. The Israeli agents will be put out to pasture, as their photos are on the record. They will get some free plastic surgery and be living in the US or Australia in a year or so.

We will now get to see once again if there is any courage for standing up to the Israeli thugs, a threat to everyone. They like it that way, especially at the country level where people are afraid to talk about it officially.

That does not include VT, as we are REALLY in the national security business, a lonely part of it, where organizational help is virtually non-existent. What help we do get is 95% one on one. For that we are most grateful, and labor to remain worthy… Jim W. Dean ]

A recent report has exposed that two Israeli agents were involved in the car bomb explosion in the southern Lebanese city of Sidon, which slightly wounded a  member of the Palestinian Islamic resistance movement, Hamas, earlier this month.

According to a report published by Lebanon’s Arabic-language al-Akhbar newspaper on Monday, the pair was aided by two locals in the assassination operation against Mohammed Hamdan on January 14. They left Lebanon using Georgian, Swedish and Iraqi passports.

The report added that Lebanese security officials have now managed to identify the two Israeli officers, obtain their photographs and copies of their identity documents, the date of their entry into and exit from Lebanon, their respective roles in the operation and the nationality they used to operate under disguise.

Lebanese intelligence officials, requesting anonymity, told al-Akhbar that one of the Israeli agents was a man holding a duel Swedish-Iraqi citizenship, while another was a Georgian woman working for the Israeli intelligence service, Mossad.

The officials went on to say that, Mossad kept Hamdan under surveillance for more than seven months.

About six months ago, Hamdan lived in the Sirub district of Sidon, located 40 kilometers (25 miles) south of the capital, Beirut, and a Lebanese national, identified as Muhammad H, lived in a nearby neighborhood.

Mossad then assigned its agent to closely monitor the high-ranking Hamas figure.

After that, Hamdan moved to al-Boustan al-Kabir area of Sidon, and the second Lebanese national, identified as 38-year-old Ahmad Baytiyah and strongly believed to be main suspect in the assassination bid, tracked him.

Baytiyah rented a warehouse near the house of the Hamas leader under the pretext of storing clothes. The four assailants flew out of Lebanon to different destinations after the failed assassination operation. The two Lebanese nationals fled to Turkey.

Baytiyah was arrested by Turkish authorities and extradited to Lebanon at the request of Prime Minister Saad Hariri earlier this week, while the other managed to flee Turkey to Romania.

Hamdan suffered a leg injury in the car bomb explosion. He was taken to a local hospital for treatment.

The explosion destroyed the vehicle and caused damage to a nearby building, sending black smoke rising above the city. Firefighters rushed to the scene to put out the flames, while security forces cordoned off the area.