Home World VT Promotes Russian Propaganda (news), What You Need to Know About the...
Share
Twitter
Pinterest
WhatsApp
Linkedin
ReddIt
Email
Print
Tumblr
Digg
–
[ Editor’s Note: The new US Russian sanctions list looks like a who’s who “pay back” list of a lot of people involved in saving Syria from the US Coalition terror campaign against Syria. The timing today was dovetailed into Sochi talks and Trump’s speech tonight, no surprise there.
–
Putin had already warned that there would be a faster than usual response this time. The Russians play it cool on these silly US moves, and have not over responded.
–

Moscow is much more concerned over the US moves to try to get the EU jammed up on approving the second northern pipeline which has Germany in particular very angry over Trumps unconcern on the damage that inflicts on Germany.

–
Add in the US beginning to impose trade duties on US goods, ignoring the World Trade Organization agreements, we have America the rouge nation on full display for everyone.
–
The US public remains fully in the bleachers on this one, blindly buying that it will create jobs, but ignoring that the EU will respond with its one duties to increase the prices of US goods into the EU.
–
I will bet that these EU sanctions that are beginning will push the EU to pull out of the Minsk sanction, especially now that the Ukrainian parliament has killed the day any way. I am still waiting hear one word from “guarantors Germany and France” who guaranteed nothing other than their initial one being a bad joke… Jim W. Dean ] 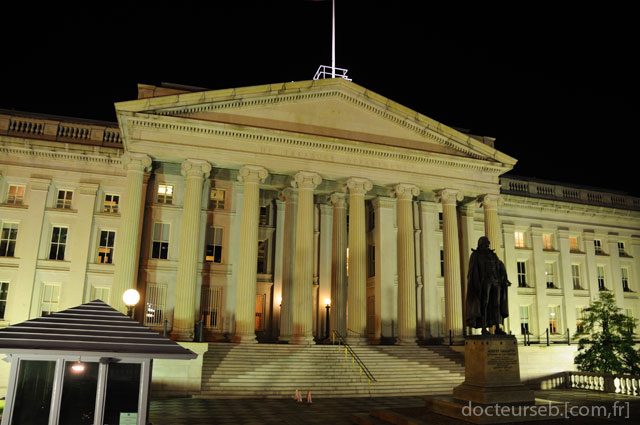 The US Treasury has released its so-called ‘Kremlin Report’, a list of 210 Russian politicians, officials and businessmen who may be subject to new anti-Russian sanctions. Sputnik did some digging to get to the bottom of the dossier’s implications, and what prompted the Treasury to release it now.

On Monday, the Treasury published a declassified nine page document of 114 Russian politicians and officials and 96 Russian businessmen who may be subject to new restrictions.

The same day, the State Department announced that existing restrictions in the Countering America’s Adversaries Through Sanctions Act (CAATSA), the law pursuant to which the Treasury created its list, were sufficient, and that new restrictions were unnecessary for the moment. Moscow has slammed the document, describing its release as a “road to nowhere,” and warning that it may be an attempt to interfere Russia’s upcoming presidential elections.

Given the high-profile names listed in the report, Moscow’s concerns come as no surprise. Among Russian government officials in the dossier are Prime Minister Dmity Medvedev, the entire cabinet of ministers, and representatives of the presidential administration, including presidential press secretary Dmitry Peskov. 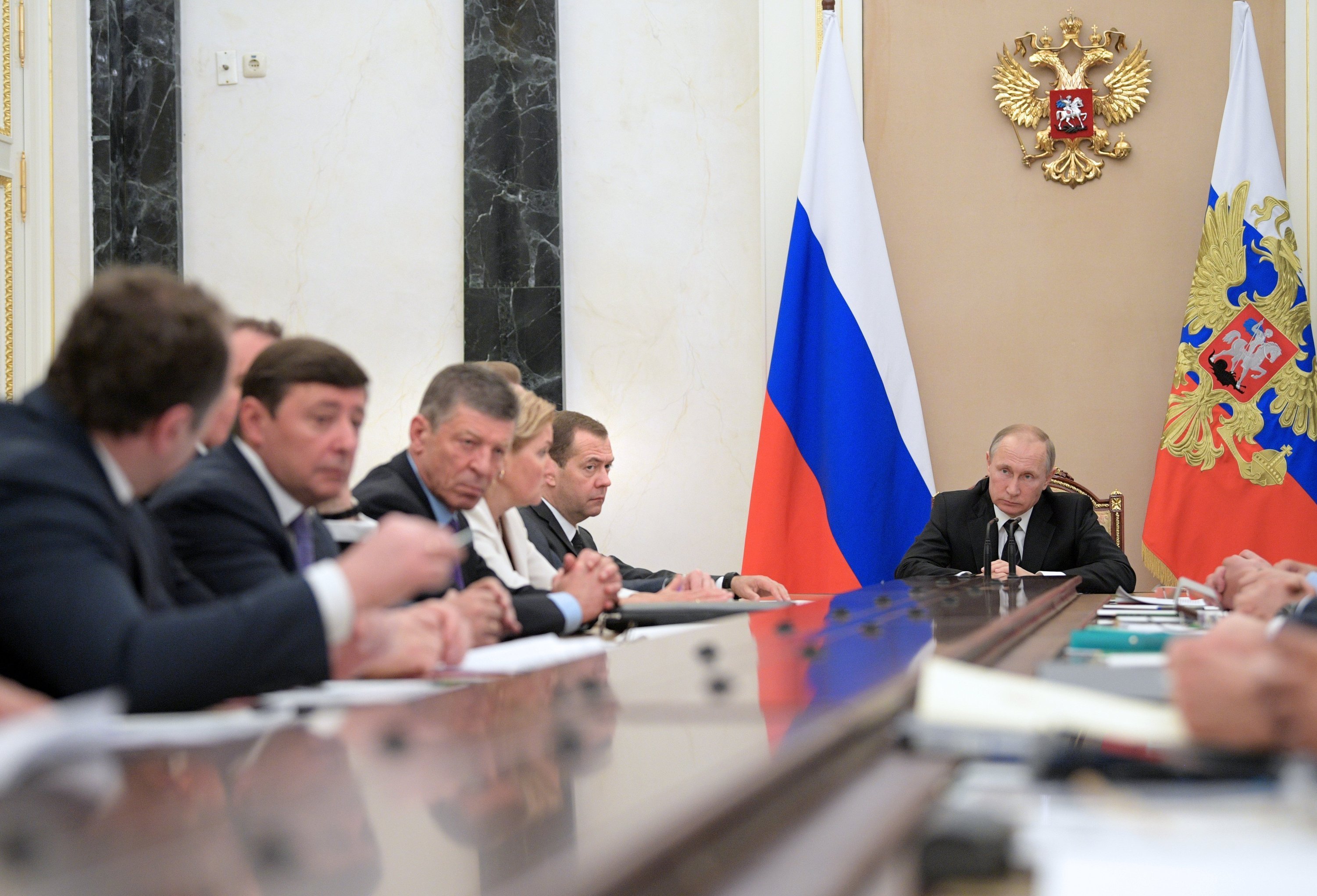 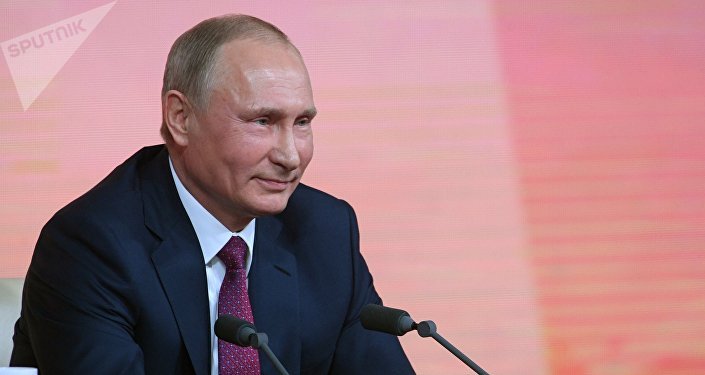 Putin ‘Sad’ About Not Being Included in US ‘Kremlin Report’

On the business side of things, the list includes the heads of a series of major Russian state-owned companies, including Russian Railways, Aeroflot, the United Aircraft Corporation, and others.

The Treasury document includes a total of 96 major Russian businessmen, who it refers to as ‘oligarchs’. The report’s sole listed criteria for entry is a net worth of at least one billion dollars.

In all, 18 of the officials and businessmen listed in the document are already subject to sanctions under other US sanctions programs.

November 28, 2017. Russian President Vladimir Putin meets with Alexei Miller, right, Deputy Chairman of the Board of Directors, Chairman of the Management Committee, Gazprom

CAATSA: Congressional Effort to Box In Trump and US Allies on Russia

The Countering America’s Adversaries Through Sanctions Act, adopted in August 2017, faced objections from the White House long before President Trump signed it into law. Prior to signing on, Trump called the bill “significantly flawed” and complained that it included “a number of clearly unconstitutional provisions” encroaching “on the executive branch’s authority to negotiate.”

However, with the bill receiving overwhelming bipartisan support in the House (effectively disarming the president’s right to veto), Trump, eager to avoid claims of collusion with Moscow, signed the bill into law.

Through CAATSA, Congress effectively narrowed the freedom of maneuver not only for the president, but for Washington’s wayward European allies, calling for a softening of sanctions, as well.

Treasury Report Does Not Amount to New Sanctions…Yet

On Monday, US media reported that the Trump administration had briefed US lawmakers on the prospects of anti-Russian sanctions under CAATSA. The same day, the State Department released a statement noting that the existing measures employed under the sanctions law were working, and that there was no need for any further sanctions against Moscow at this time. 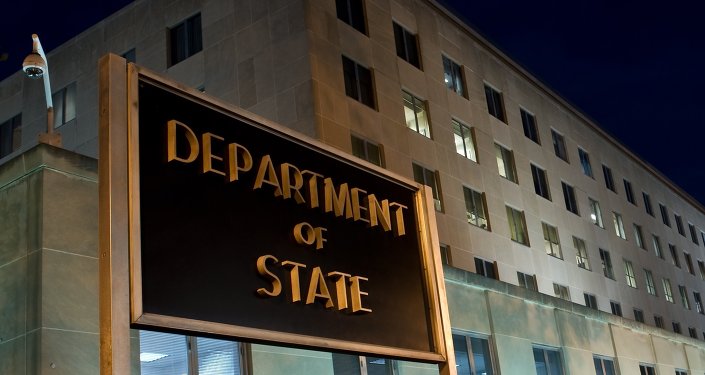 US State Department: CAATSA Working, No Need for New Sanctions Against Russia

Ranking Senate Foreign Relations Committee member Ben Cardin has confirmed that the White House had provided lawmakers with a classified briefing on Russian defense and intelligence sector-related sanctions, as required under CAATSA.

Saying that he “appreciated” the “administration’s engagement with Congress on this issue,” Cardin stressed that he would continue to actively supervise the situation to try and “hamper” Russia’s ability to engage in trade.For now, observers say, Congress seems to want to know more about the wealth and sources of income of Russia’s elite than anything else.

According to the Atlantic Council, the Washington-based think tank which came up with the ‘Kremlin Report’ designation, that list consists of about 40-50 persons, which together with their families may rise to about 300 people in total.

On the eve of the list’s publication, Daniel Fried, former assistant secretary of state and head of the State Department’s Russia sanctions office, said that the Treasury report’s key goal was to “name and shame” Russian “oligarchs,” and to send a message that “Putin’s aggression in terms of Russian interference in our elections will be very costly to them.”

Furthermore, according to Fried, given the Russian elite’s anxieties about being included in this list, the dossier is a “signal” to Russia’s political and business classes to ‘maintain a distance’ from the Russian president.

According to some Russian observers, including Alexei Panich, a partner at the Herbert Smith Freehills global law firm, the Treasury dossier is an obvious attempt to pressure Russia’s elite into distancing itself from a Russian foreign policy which Washington finds unacceptable. The list, he noted, serves to create a certain tension which little else, including actual sanctions, could accomplish.

“When sanctions are applied, everything is clear: what is unacceptable, what isn’t. But when it’s unclear whether sanctions will follow or not, and if yes, what kind, a threat, an ambiguity emerges in the [affected] person’s position. And this was the purpose of creating such a list,” the lawyer explained.

A helicopter view of the US Capitol building on Capitol Hill in Washington, DC. (File)

We do not agree with this and are convinced that there will be no influence,” he stressed.Sputnik has asked both the Treasury and the State departments to provide it with details on the dossier’s explicit purpose, commentary about the timing of its release, and what impact it may have on Russian-US relations. As of this writing, neither US government office has replied.