During Tuesday’s State of the Union speech, President Trump stressed that the US must create a nuclear arsenal “so strong and powerful that it will deter any acts of aggression,” including from US “rivals” China and Russia. Sputnik outlines what exactly the Pentagon has in mind when it comes to rebuilding America’s nuclear might.

According to the most recent estimate by the Federation of American Scientists, the United States has some 1,650 nuclear warheads deployed among the three legs making up its nuclear triad, with 4,000 more stockpiled. Russia, the US’s closest competitor, has 1,710 warheads deployed, with another 4,300 in reserve.

However, compared to Moscow, which has engaged in a determined effort to modernize its strategic weapons as part of a strategy to guarantee deterrence amid NATO’s continued drive east, Washington’s efforts to refurbish its arsenal have fallen short.

While Russia has gradually deployed its Yars ICBM, Bulava submarine-launched missile, and the air-launched KH-102, and continues work on the Sarmat and Rubezh next-gen ICBMs, the US arsenal has aged, to the point where even comedians have been pointing to some of its flaws, including the reported use of ancient LP-sized floppy disks to control the weapons.

The Chinese nuclear arsenal sits at some 270 warheads deployed. Therefore, in the nuclear category at least, Washington’s drive to modernize its arsenal is obviously aimed more at Moscow than it is at Beijing, for the moment at least. 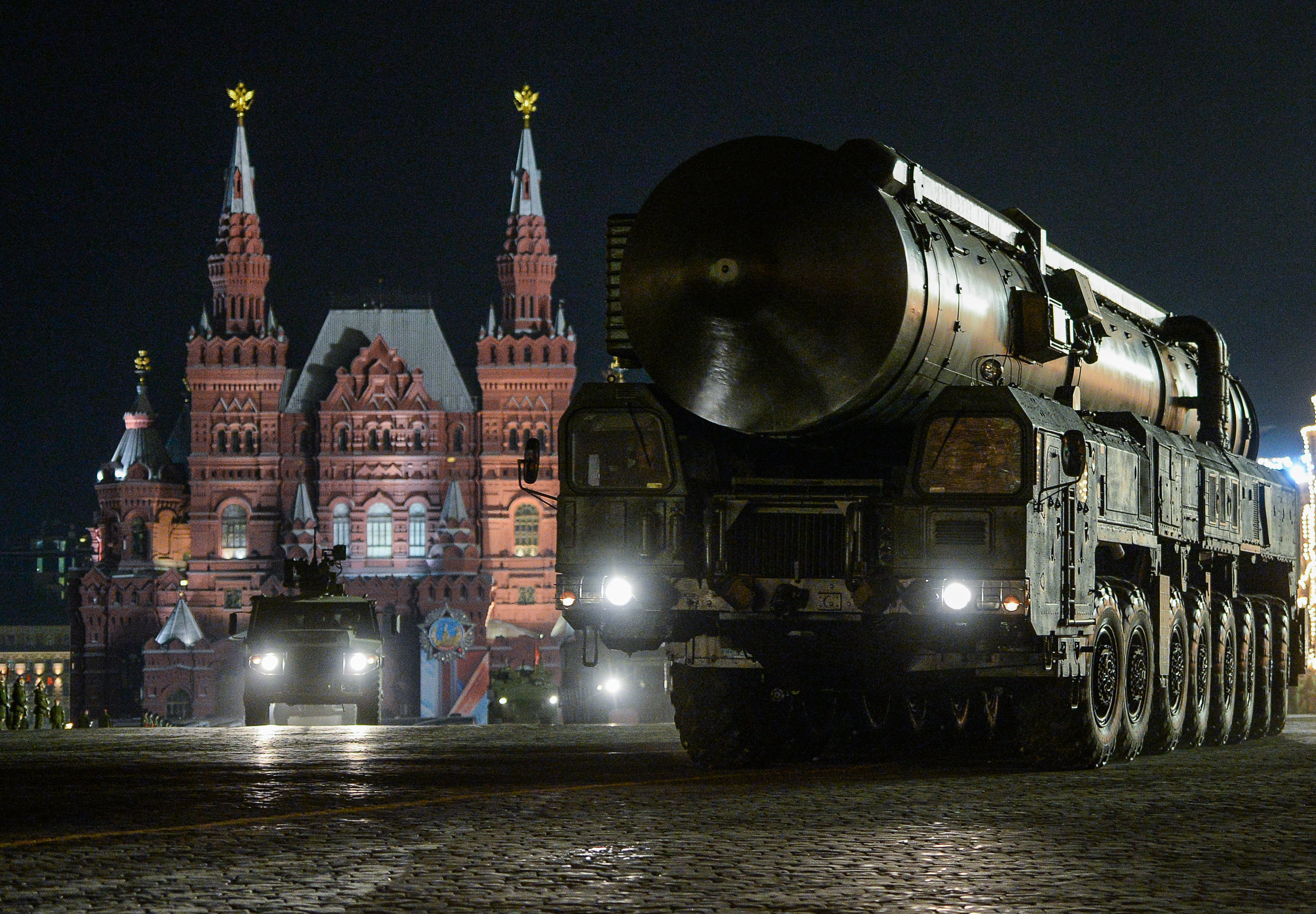 A Yars ground mobile missile system at the rehearsal of the military parade dedicated to the 71 th anniversary of Victory in the Great Patriotic War, in Red Square in Moscow

The core of the ground component of the US nuclear triad is the LGM-30G Minuteman III, an ICBM first deployed back in 1970, but which has received several upgrades over the decades, including $7 billion spent in the last ten years on improvements and test launches. The US is currently estimated to have some 450 Minuteman IIIs in its arsenal.

Each missile carries between one and three warheads, with a yield of between 300 and 475 kilotons each. For comparison’s sake, the Little Boy bomb dropped on Hiroshima in 1945 had a yield of just 15 kilotons, which was enough to kill over 100,000 people, and destroy most of the city.The Minuteman III is now the only ICBM in the US nuclear arsenal. It was originally intended to be replaced by the newer LGM-118 Peacekeeper, but that design was scrapped under the terms of the START-2 Treaty, which also led to the de-MIRVing of Russia’s R-36 ICBM.

In any case, Russian military observer Andrei Kotz points out that whatever modernization efforts the US may have undertaken with the Minuteman III, the missile, developed 48 years ago, is clearly “inferior in its characteristics, and its ability to break through modern air defenses, when compared to modern Russian ICBMs.”

According to the US military, the Minuteman III will continue to serve until at least 2020, with no potential successor being anywhere near completion.

In this photo taken June 25, 2014, an inert Minuteman 3 missile is seen in a training launch tube at Minot Air Force Base, N.D.

The air component of the US nuclear triad is represented by the relatively new B-2A Spirit stealth bombers (20 deployed) and B-52H Stratofortresses (70 deployed), with the B-1B nuclear-capable bombers introduced in the 1980s pulled from nuclear duty under the terms of the New START Treaty.

And while the B-2As are modern planes, their limited numbers, compared to the more numerous B-52s, remains a serious concern for US Strategic Command. Although B-52s will continue to serve for a long time, but their potential for modernization is essentially worn out.

a giant nuclear-equipped USAF B-52 bomber lifts off from the snow covered RAF Fairford runway in Gloucestershire, England, en route to the Gulf
Things aren’t much better in terms of the bombers’ arsenal, either, Kotz writes. “The only air-launched nuclear-armed cruise missile in the US arsenal is the AGM-86B, created in the 1980s, fitted with a 200 kiloton warhead and with a range of about 2,500 km.” This system, the journalist noted, is “utterly inferior to the most modern Russian munitions in this class – the Kh-102, adopted in 2013. That weapon has a range in excess of 3,000 km, while its warhead’s yield varies between 250 and 500 kilotons.”

In the meantime, the US has been tinkering with the B61, a limited guidance gravity bomb which saw the rollout of its twelfth iteration last August.

The B61-12 is expected to be adopted into service sometime between 2019 and 2020. However, as Kotz points out, “the value of such weapons in a potential conflict with Russia, China or any other state which has advanced air defenses is questionable. The planes carrying it would have to penetrate deep into the enemy’s radar field, where low-visibility will not help.”

It’s All Down to Trident

With the above issues in mind, Trident, the maritime component of the US nuclear triad, is undoubtedly its strongest, carrying over half of the US’s total nuclear firepower. The Navy’s 18 Ohio-class missile submarines are armed with 24 Trident I and Trident II missiles apiece, Trident I carrying up 8 warheads with a 100 kiloton yield, while Trident IIs have up to 14 warheads with a yield of up to 475 kilotons. 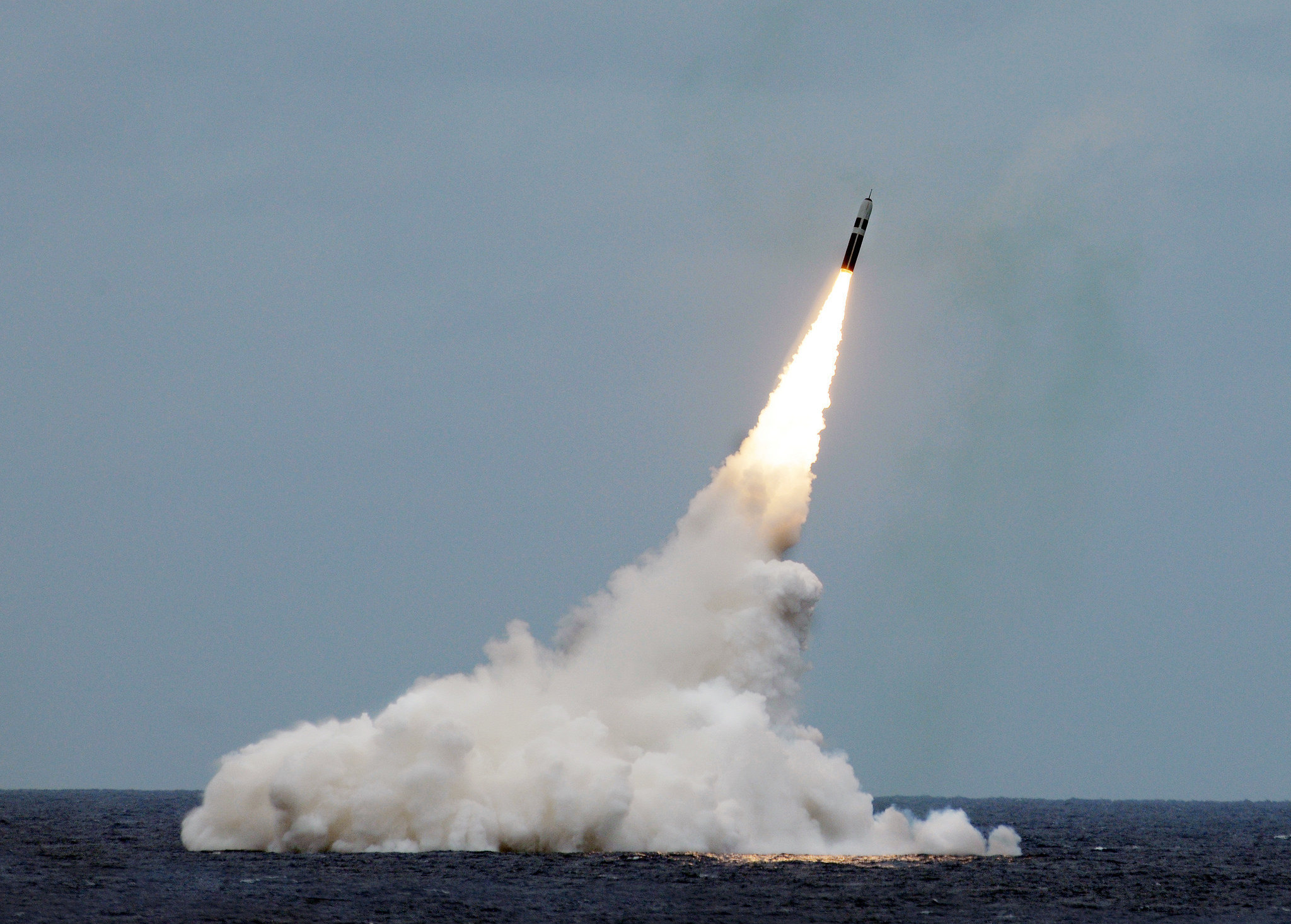 President Barack Obama announced a trillion plus dollar, 30-year nuclear modernization program in 2016, with $350 billion required over the next decade alone. Most observers expect President Trump to tack more spending on top of that figure following the release of his Nuclear Posture Review, elements of which were leaked earlier this month. In Tuesday’s speech to Congress, Trump asked lawmakers to “end the dangerous defense sequester and fully fund our great military.” The White House seeks a 7% increase in the Pentagon’s budget, for a total of $716 billion, for fiscal year 2019.

What does that mean for the modernization of America’s nuclear weapons? Publically available info remains scarce, but there are a few clear trends, Kotz writes.

“We do know that the Pentagon plans to commission the new B-21 Raider – an evolution of the B-2 bomber program, by 2025. Like the B-2, this plane will be developed according to the flying wing scheme, and will use low radar visibility technology. According to the US military, the plane’s main tasks revolve around operation in the probably enemy’s depth, and to break through enemy air defenses.” In short, “it remains uncertain whether Congress will approve the program. Each B-2 has cost US taxpayers over a billion dollars. It’s clear that new, more sophisticated bombers will be even more expensive.”

“Even less is known about the prospective ground-based ICBM,” according to Kotz. In August 2017, the Pentagon signed contracts with Boeing and Northrop Grumman for the development of technologies necessary for a new generation of ICBMs. The total outlays of $677.8 million are just a fraction of what the Pentagon’s office of Cost Assessment and Program Evaluation estimates will end up being an $85 billion program.

An artist rendering shows the first image of a new Northrop Grumman Corp long-range bomber B21 in this image released on February 26, 2016 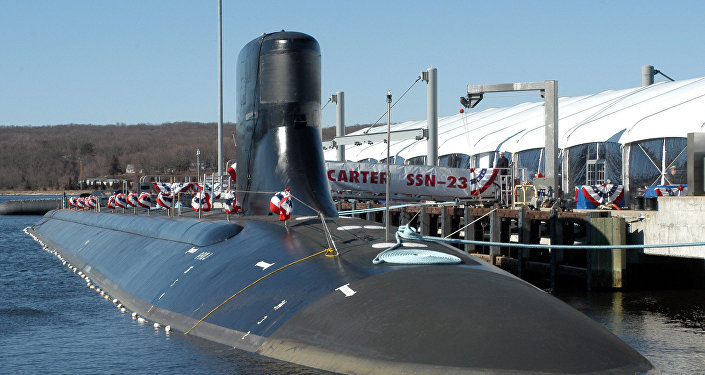 The maritime leg of the triad seems the most developed, with the Ohio-class subs to be being replaced by the Columbia-class SSBN, whose construction is expected to start by 2021. The first of the new subs is expected to enter into service in 2031. Each of the missile subs is expected have 16 silos accommodating Trident II ICBMs, eight less than its Ohio-class predecessor.According to Kotz, the main emphasis for the new vessels seems to be on improved stealth characteristics, along with a nuclear reactor which will not require additional maintenance throughout the vessel’s service life. Columbia-class subs are expected to serve through the year 2085.