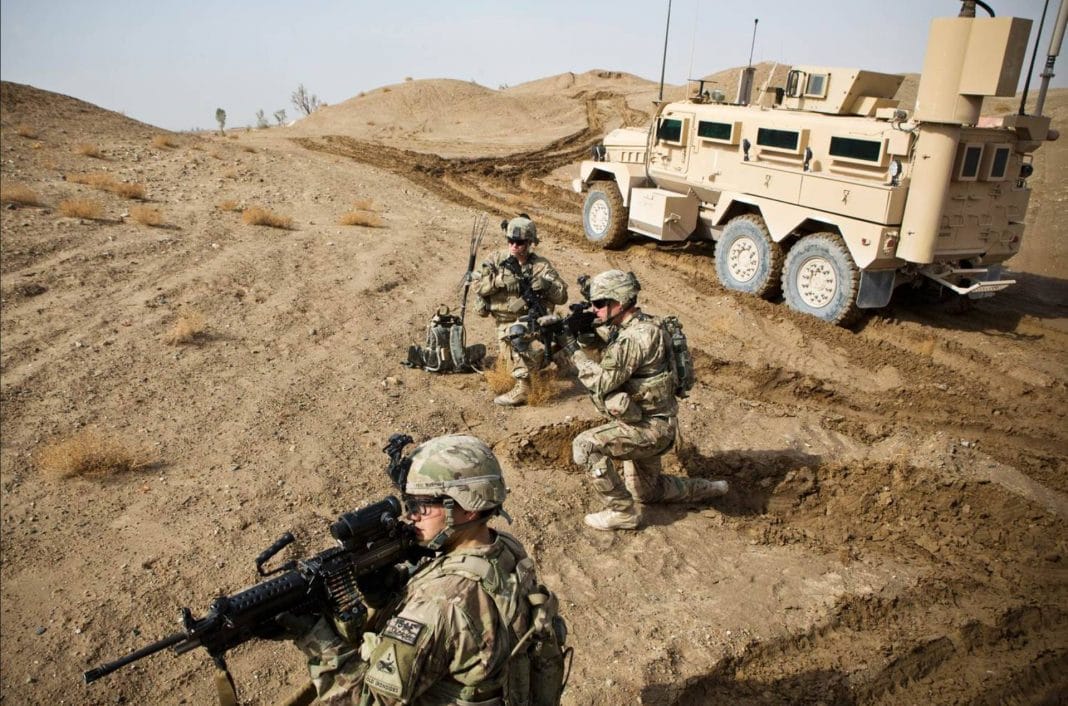 Going by US media, the next US surge in Afghanistan is imminent. It is certain that this will not be like Obama Surges that petered into nothingness. It will neither be based on COIN Strategy advocated by General David Petraeus, who is convinced that Pakistan bashing is unreasonable. Will it have advice from General Stanley A. McChrystal, once the commander of JSOC, and a special military force for impossible. Not likely because he too believed in engagements on the political side. Most likely, it means carrying the battle into Pakistan in an ill-conceived calculus of cost-benefit analysis.

To concentrate more ground troops in a hostile terrain that favors the adversary for a cause already lost is unrealistic. US forces lack the training and commitment to launch ground assaults. Given battle fatigue and casualties of fifteen years, a military surge is unlikely. So what shape will this frenzy of killing and not winning hearts and minds take? Latest news indicates that military commanders have a carte blanch to violate Pakistan’s air and ground space to create international diplomatic crises. Generals and not politicians will set the pace of conflict. Diplomacy will only be a fire fighting unit.

President Trump is a late convert. During the many briefings at State Department, CIA and Pentagon, he learned that statecraft is led by an invisible state, is cold blooded and much beyond riding a crest of human emotions. In August 2017 he recanted and announced a military surge with a proviso that US preoccupation will be ‘killing and not nation building’. He let the cat out of the bag with a nasty tweet.

Strategic and military analysts wondered how a victory would be possible when bulk of NATO and US forces had already withdrawn and many bases that US built were evacuated for Afghan forces comprising ethnic minorities of the country. If the end means relationship is not Peace, the only option left is Broad Spectrum Coercion.

That intelligence based operations could countervail but for what purpose? Covert use of force, non-kinetic offensive (Pakistan) some face savings drones (Pakistan), use of allies (India) and the long air arm will focus on Pakistan. The war rather than policy is led by an invisible arm.

Afghan Conflict is predominantly a Social Dimension of warfare (Michel Howard, Forgotten Dimensions of Strategy) and unless the battle for winning hearts and minds does not begin, all other methods will fail. Though USA may have a small intelligentsia of western educated Afghans who hold offices in the government and talk fiery rhetoric, the majority is weary of US intervention. If the US preoccupation will be killing and not nation building, it leaves a question mark on the winning.

Dire situation in Afghanistan is not a realisation coming late. It is an admission USA never wanted. It is based on a narrative that can destabilise. USA wants to persist with a stalemate. The issue is not Afghanistan but the threatened perforation of the containment ring (Nation: January 20, 2018, End of Geostrategy).

Immediately after President Trump’s change of heart, American media and research organisations began a process of researching the truth. They came up with repetitive maps of who controlled what. It was a view from the refracted end of the prism with a colour blind vision. Though these graphics can be misleading they are also revealing. The opinions and conclusions were alarming and reinforced perceptions that neither USA nor the ANA were in control of affairs. Most, the typology of foes was alarming. Thereafter, maps produced by Long War Journal, Foreign Policy and New York Times started spinning a story that necessitated a surge.

Voids in Afghanistan have existed for the past century and dominated by war lords, criminals and tribal chieftains. Soviet Union placated them with money but they deserted when CIA gave more. Complementary alliance of sorts bonded Afghanistan. USA is lukewarm on its own quadrilateral dialogue that China is keen to pursue. Use of soft power to resolve a crisis is anathema. Trump talks tough and wants to prove tough. It wants China and Russia to do nothing with its latest plans.

Control of any area depends on interior and exterior lines of communications. Afghanistan presents a situation where all expanses and voids are dominated or controlled by hostile forces. The widely interspersed urban centers are small pockets where American and Afghan Forces enjoy some level of control. Intercommunications between these dispersed redoubts are vulnerable and dangerous. The air arm reduces the reaction time but does not enhance control. Certainly this is not conventional military thinking in mountainous areas.

Long War Journal is critical of this policy and writes that “US military has described these rural regions controlled or contested by the Taliban as “less vital areas” that have “less strategic importance.” It sums up with a remark that neither side has the capacity to win. It views the CIA and Pentagon assessment of the situation in Afghanistan to rather optimistic disinformation during the closing stages of Vietnam War. USA did not withdraw but retreated from Vietnam. It is these insignificant areas from where the resistance forces launch their operations in urban centers and ones USA used against Soviets.

When a strategy is mythical, a logical end-means relationship is impossible. President Trump is proving that myths are indeed part of his briefs.

Analysis of various maps produced since 2009 tell a different story.

The only constant is a map produced by Agha H. Amin in 2009. It is remarkably similar to the map produced by General Stanley A. McChrystal in his memoirs of 2013. The major revelation is the mapping of various strains of Afghan resistance bonded together by ideology, power, money and drugs. These are Taliban supported by Pakistan, India, Iran and Russia, Al Qaeda, warlords for whom insurgency is a profitable economy, criminals, drug and gun running mafia and the grey that crisscross as contractors. There is no central command, yet they control about 70% of Afghanistan, what USA calls voids.

In the days when ISIS was still taking shape, New York Times reported on June 14, 2017, that, Tora Bora the mountain redoubt once Osama bin Laden’s fortress fell to the Islamic State, handing the extremists a significant strategic and symbolic victory. Strategically, this force could irk Iran, Russia, China and Pakistan. Symbolically it explains why this happened and a measure of days to come. (Nation, 17 July 2017: Tora Bora, The emerging redoubt). Is this the vanguard of the new surge?

In August 2017, New York Times reinforced this story with a map that appears to be very accurate and revealing. It confirms the doubts the either both USA and Afghanistan are complicit or too weak to control a situation that is more lethal than the much maligned Haqqani Group.

Along Pakistan-Afghan border from Chitral to Chagai, presence of ISIS has been shown in red. According to Russians, this surge was facilitated by USA. Nangarhar is the most concentrated. These are Fazal Ullah led TTP, Jamat ur Ahrar (Mohmand-Bajaur), and Afghans. TTP with Afghan travel documents extends right into Kunar in Nuristan. Some Punjabi, Baloch and Sindhi elements have sanctuaries in Kandahar and Helmand. With the help of Sunni dissidents in Iran, they enjoy external support from the Gulf. They also share ideology with Jundallah of Iran.

The dangers to Pakistan from these redoubts were so grave that in 2017, Pakistan’s ground and Special Forces had to launch infantry operations to plug the valleys and terrain opposite Tora Bora.

It is expected that during this surge a carrot and stick policy will be imposed on Pakistan. Placation will be in form of releasing some aid and promise of more. But as time passes the stick will become bigger and carrot smaller. Pakistan must continue the strategic defiance with peaceful means and let USA raise the ante. The social dimension of conflict is in Pakistan’s favour.