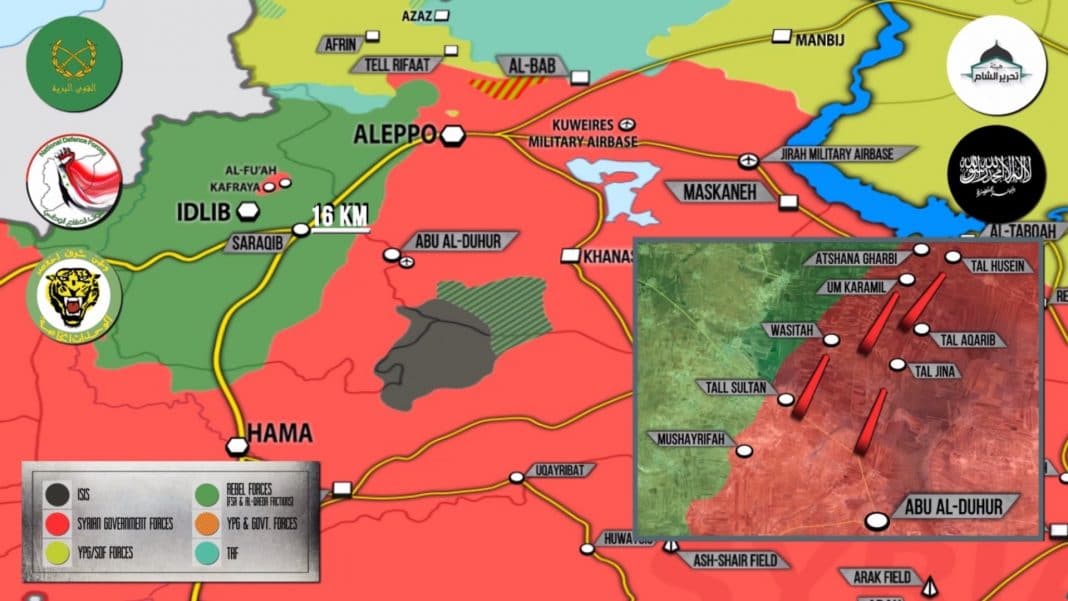 The Turkish Armed Forces (TAF) and the Free Syrian Army (FSA) captured the town of Bulbul as well as the villages of Ali Kar, Za’ra and al-Ham from Kurdish YPG forces in the area of Afrin.

According to pro-Turkish sources, over 24 YPG members were killed in the recent clashes. Pro-Kurdish sources claim that 20 members of Turkey-led forces were killed.

Turkish President Recep Tayyip Erdogan also said that 800 so-called ‘terrorists’ had been killed since the start of Ankara’s Operation Olive Branch in the area on January 20.

Government forces are currently deployed within about 16 km from the strategic militant-held town of Saraqeb.

In northeastern Hama, the SAA liberated the village of Abu Khanadiq from ISIS.

In Eastern Ghouta, the SAA advanced on positions of Hay’at Tahrir al-Sham and Faylaq al-Rahman in the Irbin district, but failed to achieve any notable progress.

Separately militants accused the SAA of using chemical weapons in the area. According to reports, at least 3 rockets with chlorine gas hit the city of Douma.

On February 1, several FSA groups operating in southern Syria announced that they had launched a military operation against the ISIS-affiliated Khalid ibn al-Walid Army in western Daraa. The operation is code-named “al-Fatihin Battle” and is supported by Israel.

Israeli forces reportedly conducted several military strikes on positions of the ISIS-affiliated group in the areas of Tell Jumu and Tasil. However, it’s unlikely that the FSA will be able to deliver a devastating blow to ISIS in the area even with the Israeli support.