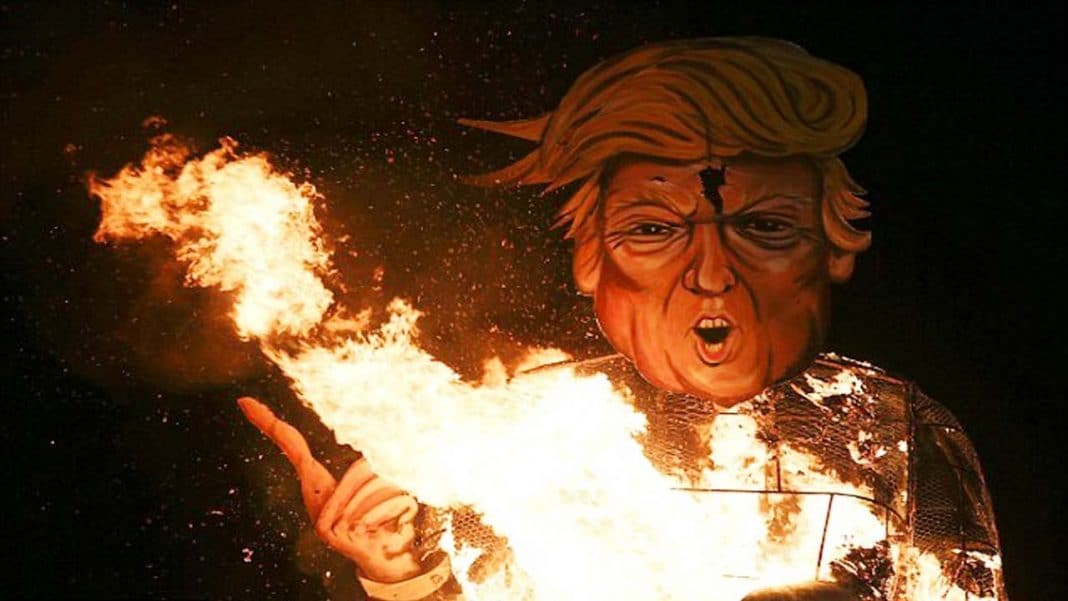 Trump and Nunes attempt to lynch the FBI and DoJ, but crash and burn instead

Editor’s Note: I had to get some derivation of a Fake News concept into the lead, but because that term has been so overused, this was too important a story to take the risk leading with it. It needed something new and you see what you got. Maybe I can keep my volunteer job for another day.

First off, here is the link for the report :

I would suggest printing it out, and use a yellow highlighter as I did to start. But before you start reading, remember that this “report” was written by a staunch Trump ally and we see no mention of this bias at the end of the report, one which accuses everyone else of it. That was not cute.

This will not be an exhaustive report as this cage fight is going to go on for some time. First up is the over focus on the Steele report because that was easy pickings.

Nunes and the Trump crowd knew the public was most familiar with that part because so much has been published already. Steele was the low hanging fruit.

From the outset the report is a three dollar bill. It takes you off on a hayride to see only what they want you to, leaving out EVERYTHING that substantiated the FISA warrant, not only initially, but over and over.

And of course there is not even a sentence about the legal requirements. I predict that Nunes will be branded by this crass attempt to hoodwink the public. He did his president no great service here.

What they are banking on is repetition, repetition to drive the message home, like Trump using the same adjectives over and over when hyping something, like a carnival barker, paying no attention to how over selling something can boomerang on your credibility.

The Steele dossier gets center stage, but there is no way to know at this point whether it played any role in the the FISA court decision. But it gets worse, the FBI cannot release classified information so it cannot respond with what its priority evidence was.

The report then goes down into the weeds, about the various political leanings of some of the government actors, not only for Steele, but the FBI agents and even the DoJ people. In reality none of this matters legally for getting a FISA warrant.

Gordon is well versed on FISA, and there is no requirement that sources for an investigation have to be boy or girl scouts. They often are just the opposite, criminal insiders, dope dealers selling out their importer, mobsters, someone’s accountant, or even a relative or inlaw that might hate the person.

Bias in not an automatic dismissal. It is the totality of what is presented to convince a FISA judge that a threshold has been crossed to allow for an official investigation. In a way it is like a grand jury indictment where the person is charged, but that is not a determination of guilt, unless you are a Palestinian in an Israeli court.

Next, and this is a biggey…the renewals every 90 days require that the government show that it has uncovered evidence to justify continuing the surveillance. I doubt that the Judge would ask, “Who are you thinking of voting for in the election?” at any time in the process.

The Feds went back over and over and the court renewed each time. None of this is mentioned by Nunes, Trump’s lawyer, of Trump himself, surprise and surprise. And Nunes also left out that Carter page coped a plea. He has not claimed he was an innocent man and will prove it in court. Neither did General Flynn and his son. Trump is sweating bullets over Flynn’s plea deal.

In Trump world none of this matters. I am still trying to figure out why there were no bias charges coming from the Trump camp on the FISA judges, but not a peep. Now you know why. Like a magician doing a trick, you want the audience’s attention distracted while you slip the trick by them. Trump is no magician, unfortunately for him.

This mess is going to get worse before it gets better. The Republican party is going to get splattered by it, too. They are walking a tightrope now as to how not to seem too close to Trump where the vacuum will take them down when he goes.

The Democrats are jumping for joy. Trump has done another self-inflicted wound which should see his ratings drop even lower. But this makes him more dangerous, as getting a war going is the last refuge for a scoundrel leader.

Just today, we had Secretary of Defense Mattis talking out of both sides of his mouth. On one hand he confesses that he has seen no evidence that Assad has used Sarin gas on his own people. I hope Obama is reading this.

But then he drops the bomb that if Assad were to use some he could expect a military response from the US. This was a shallow political perversion on steroids.

Dear General, after this country has shamed itself, those in government responsible for running a terror proxy war on Syria, responsible for untold dead, wounded and destroyed live…to continue to threaten them over the next false flag puts you at the bottom of the barrel.

As for you Mr. President, People who live in glass houses should not throw stones, and I would suggest using the word “fake” as little as possible.