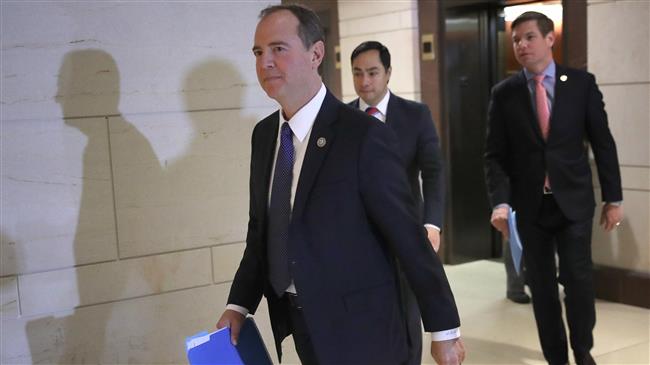 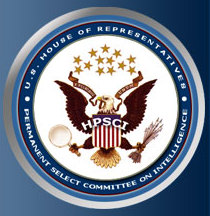 [ Editor’s Note:  As expected, the House Intelligence Committee Democrats pushed for a vote to release their own response to the Nunes memo. The big surprise of the day though was that it passed unanimously. Imagine that.

Trump gets the standup comic award for the day, trashing Congressman Shiff for “illegally leaking confidential information”, when Trump was fine with the Republicans doing it. This will go down as a classic Trumpism on is flexible attitude toward rules 🙂

But the drama is not over. The ball is in Trump’s court now as he gets to rule on releasing the Democrat report, or not. The unanimous vote was sending him a message that it might be a good idea do so or a full House vote (closed door) would have a chance to reverse him, and House Republicans have already stated that they would do so.

Americans will want to hear from both sides after Nunes released the Republican report. Will Trump lose more supporters on this issue, which his low poll standings indicate? We will have to wait and see.

Trump might drag it out, or rule quickly and get it over with. Might he launch an attack on Syria to steer press and public attention away?

He has already said the Nunes’ Republican report vindicated him, which it did not. It was just one step in the process, the public relations war going on which has nothing to do with the real investigation.

If Trump votes no on releasing the Democrat report he will look like it is afraid of it, a lose-lose situation for him politically. None of this affects the ongoing investigations. This is Reality TV at its best folks, something Trump is good at. I will give him that …Jim W. Dean ]

Congressman Adam Schiff has fired back at US President Donald Trump after the president called him “one of the biggest liars and leakers in Washington,” claiming the congressman is illegally leaking confidential information from the House Intelligence Committee.

Little Adam Schiff, who is desperate to run for higher office, is one of the biggest liars and leakers in Washington, right up there with Comey, Warner, Brennan and Clapper! Adam leaves closed committee hearings to illegally leak confidential information. Must be stopped!

Mr. President, I see you’ve had a busy morning of “Executive Time.” Instead of tweeting false smears, the American people would appreciate it if you turned off the TV and helped solve the funding crisis, protected Dreamers or…really anything else. https://twitter.com/realdonaldtrump/status/960492998734868480 …

Trump’s insulting tweet comes for the reason that Schiff called for a successful vote so the Intelligence Committee could release a Democratic rebuttal to a classified memo that the Committee’s Republican members released on Friday which accused federal law enforcement officials of abusing their powers to spy on former Trump campaign adviser Carter Page.

The release of the four-page document prompted senior Democrats to denounce the controversial memo as an inaccurate and misleading portrait misrepresenting sensitive government information through omissions and inaccuracies intended to undermine the ongoing Russia probe against Trump.

They warned Trump, in a written statement, not to use it as a “pretext” to fire special counsel Robert Mueller or the deputy attorney general, Rod Rosenstein.

President Trump declassified the document over the objections of the FBI, which had expressed “grave concerns” over its accuracy in a rare public break from the White House.

Schiff also warned Sunday that Trump is trying to turn the Department of Justice into a “personal political tool.”

The 10-page classified document now goes to President Trump who has five days to block or approve its release. A decision to stop it could lead to a fierce standoff between the president, his top law enforcement and intelligence advisers, and Democrats on Capitol Hill.