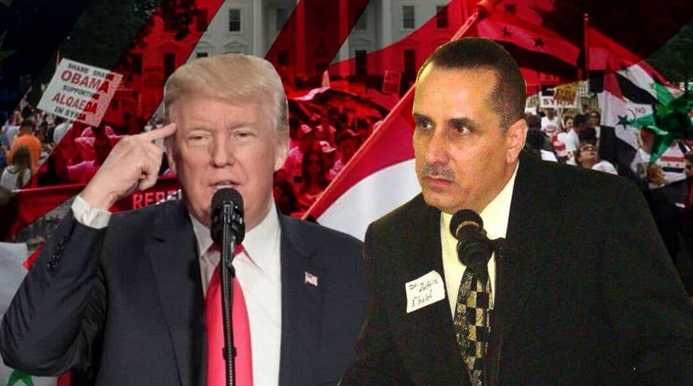 Nana will be at the National Agenda for the Future of Syria Phase II Programme (NAFS), United Nations Economic and Social Commission for Western Asia, in Beirut this week

[ Editor’s Note: Things are heating up in Syria. We are seeing a serious potential of the war war not ending, but evolving. Gosh, whose interests would this serve? Erdogan has Turkish troops in the North, moving at a snail’s pace despite having a huge military, engaged in a campaign that will last for who knows how long.

And I must ask, would Erdogan mind that? That puts him in control of NE Syria, and yet he is now claiming that the US must go. And I can see coming next is his saying, “I will not go until Trump does”, and we will have watched a defacto Balkanization of Syria by those two.

Turkey has been a guarantor of the ceasefire and done zero to enforce it, or to interdict the supplies the jihadis still have rolling it. Erdogan is moving more “observation posts” into the NE Aleppo-Idlib area, which gives him cover for moving in military supplies to back up hard pressed HTS-al Nusra terrorists so they can keep the Syrians tied down, and the Iranian advisers working with them.

Turkey is also on the suspect list for the Manpad that shot the Russian plane down, if not supplying it directly, then by letting it through the Turkish border crossings.

Nahed has a timely multi-topic report for us below, with Trump playing nice to the international Muslims, making statements I cannot image him fulfilling. Damascus is anticipating a US airstrike, with maybe the Israelis participating, using the recent chlorine gas story as a trigger.

Left out of the rationale is what reason would Assad or the army have to use gas at this stage of the game on civilians? They can win the war of attrition with the jihadis. We all know who this false flag attack would benefit and have been expecting this to happen, worse than chlorine. The US coalition fingerprints are all over it.

Syria watchers know that this is just payback by the US coalition to try to derail the progress made at the recent . Why?

The Saudis failed with their Lebanon-Hezbollah fracture ploy, the Qatar take over attempt, and are bogged down in Yemen. The Israelis failed with supporting Kurdish independence which would have given them an airbase very near Iran. Sisi is arresting political opponents simply for the crime of running against him.

This group of bandits is desperate to turn the tide. How long will the UN and world public watch this continued assault without storming the respective embassies everywhere? We are watching them them dish out Chaos Theory on steroids on us all, with victims everywhere and more to come … Jim W. Dean ]

US president Donald Trump told Secretary General of Arab American and Muslim Congress Dr. Zakaria Kalaf during a private meeting in the White House that he is keen on ending the Syrian crisis and alleviating the suffering of the Syrian people.

Dr. Kalaf informed the US president “US strategy towards Syria and the Middle East is vague, and Arabs and Muslims who backed Trump electoral campaign, are deeply concerned about the volatile situation in the Middle East.”

After a long exchange, Trump and Kalaf agreed that the Syrian people must constitutionally elect their president without any foreign intervention, in order not to repeat the blunders committed in Iraq.

Trump allowed Syrian refugees to stay another 18 months in the United States according to a petition submitted by the Arab and Muslim community through DR. Kalaf.

In the same context, Dr. Reuben Egolf, Chairman of United States Global Leadership Council, who is acting now as a Consultant to the Administration, was assigned to set up a strategy on Syria.

Dr. Egolf revealed to VT that the Strategy will consist of the following points:

US strike on Syria is imminent

VT has hard Intel that the Pentagon has prepared to deal a strong military blow to Syria, just waiting for Trump to give the order. The strike will aim at strategic targets inside the country. It is difficult to speculate on the targets to be hit, but it is believed that Hama and southern Aleppo countryside will be in the fire range of the US fighter jets.

The United States is directly accusing the Syrian Government of using chemical weapons against civilians in the rebelled—controlled areas, like Edlilb and Al Gotta.

Not printed by Western media is that US coalition aircraft have used bio-weapon missiles in the Deir-ezzor outskirts. An eye witness told VT “Neurotic illness is spreading out among civilians there, which the physicians diagnosed as “Guillain Barre Syndrome.”

There are up to 2000 U.S. Special Operations Forces in Syria, spread across 10 different facilities, being used as training bases for Kurdish rebels.   Ayn al-Arab, Ayn Dadad, Ayn Issah, Harab Isk (airbase),  Sabt, Ushariya, and Al Tanif.  ) pls refer to this link (https://youtu.be/8shpEVJz7pI) which demonstrates US bases in Syria.

Moscow has accused Washington directly of supplying various militant groups with highly advanced missiles like stinger2 and Tow flamer. The recent evidence of this was the downing of Russian SU-25 fighter jet in Edlib.