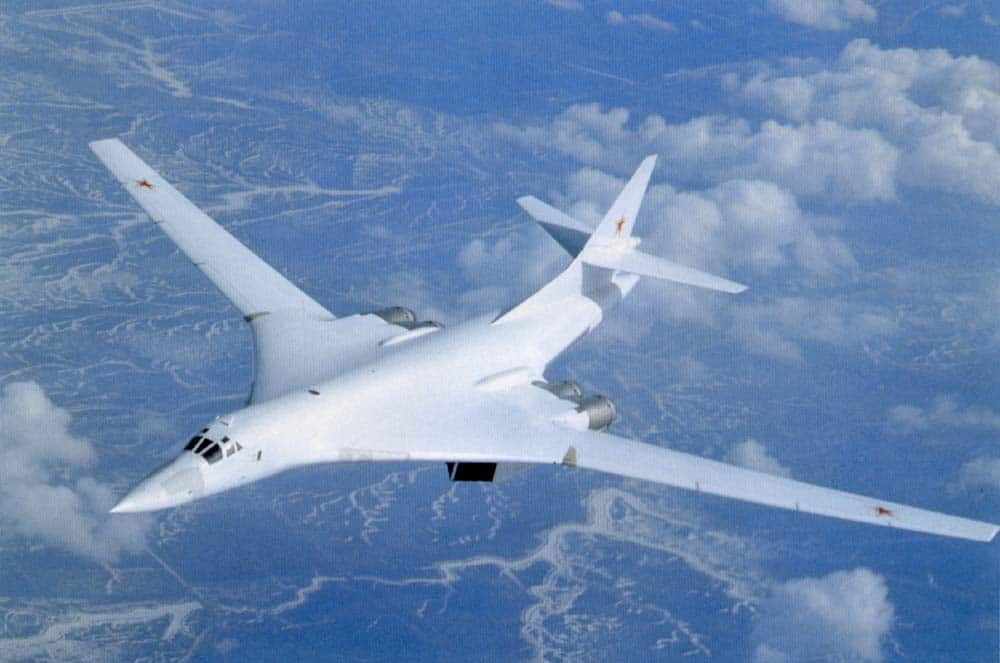 On January 25, 2018, the Russian Ministry of Defense officially announced the contract for the modernization of 10 Tu-160 strategic bombers to the Tu-160M2 standard, to be fulfilled by the Kazan-based S.P. Gorbunov Aviation Plant belonging to the Tupolev Aviation Company, and with the aircraft to be delivered by between 2023 and 2027.

The ceremony was marked by a test flight of the first thusly modernized aircraft, named Pyotr Deynekin after the Russian Federation’s first Air Forces’ Chief of Staff.

The order is just the beginning of the modernization and expansion of the Tu-160 bomber force, as the MOD plans to obtain 50 Tu-160M2s by 2035. While some of these aircraft will have been modernized machines either built in the Soviet era or completed in more recent decades using incomplete fuselages constructed already in the 1980s, the rest will be brand-new aircraft.

Since the Long-Range Aviation currently operates only 16 Tu-160 bombers, including 5 upgraded Tu-160M1, all of which are based at the Engels airbase near Saratov as part of the 22nd Heavy Bomber Aviation Division, the proposed expansion of the fleet means the Tu-160 will displace the Tu-95MS as the most numerous strategic bomber in Russian service.

Even today, the Tu-160 compares favorably to every other strategic bomber in service. Its maximum take-off weight of 275 tons and payload of 45 tons comfortably exceed that of the US subsonic B-52 bomber. The B-1 bomber, while supersonic, is slower, has a shorter radius of action, and a much lower payload.

The B-2 proved a definite disappointment in USAF service, as it currently is not configured as a strategic missile carrier and its stealth is not sufficient to warrant risking these $1 billion aircraft against modern strategic air defense systems like the S-400. While the US has embarked on a yet another strategic bomber program, dubbed the B-21, to replace the existing three types of aircraft, it will be decades before any of these aircraft enter service, if ever.

Thus while the US strategic bomber fleet is in crisis, Russia has a bomber which boasts an enviable combination of characteristics that elude its American counterparts. Intercontinental range even without refuelling, heavy payload, the ability to carry the most advanced Kh-101 and Kh-102 cruise missiles internally in its two payload bays, unlike the Tu-95MS.

The modernized Tu-160M2 will expand on its capabilities through the adoption of fully digital avionics, communications, and self-defense systems, and will probably also be adapted to carry the full range of tactical precision-guided stand-off munitions that are being developed for the Su-34 and the Su-57.

While the Tu-160 proved its worth in the operations against Syria, its one weakness was the lack of an intermediate set of ordnance to fill the gap between free-fall bombs and heavy cruise missiles like the Kh-101. The exact nature of the modernization has not been described yet, but Russian sources estimate the effectiveness of the Tu-160M2 will be “increased by a factor of 2.5.”

The recent flurry of news reports concerning the Tu-16o fleet also included interesting reports of plans to construct a civilian version of the bomber, with most reports stating the goal is to produce an intercontinental supersonic business jet.

Whether this is the main aim of the initiative is debatable, for the civilian version would require an enormous and costly of the bomber, not only to replace the bomb bays, self-defense systems, and military avionics with a passenger cabin and other equipment customary to civilian airliners.

What is worse, even the basic construction of the aircraft would have to undergo changes in order to preserve the secrecy of what still is one of the most advanced aviation designs, whose real capabilities are still unknown to the general public. Moreover, the experience of the Concorde and Tu-144 indicates the fuel and maintenance costs of supersonic passenger aircraft make commercial viability a dubious proposition even in cases where a relatively large number of passengers is carried.

The other possibility is that the civilian Tu-160 variant will actually amount to the revival of the Tu-160SK, which was to serve as a satellite launch platform using the Burlak two-stage space launch vehicle. In the current era of competition for space launch business, the future seems to lie with companies capable of reducing the cost of putting satellites into orbit. US-based Space-X is attempting to do that, with mixed success, using a reusable first stage.

The Tu-160SK does away with the first stage altogether, since the bomber serves as the first stage, allowing the space booster to be ignited at high altitude and at supersonic speeds. The Tu-160SK redesign would be far simpler than in the case of a passenger aircraft.

Tu-160SK models and drawings show an aircraft which, instead of its bomb/missile bays has a single under-fuselage hardpoint for a 50-ton rocket carrying a 1.5 ton payload to a low Earth orbit.

Since the Tu-160SK would presumably be operated by a civilian Russian space services firm, there would be little risk of Tu-160 secrets falling into the wrong hands. Ironically, the Tu-160SK would pick up where the failed HAAL, or High Altitude Air Launch, US-Russia-Ukraine consortium which also planned to use Tu-160s for space launches, left off.

Moreover, if the Tu-160SK is the civilian variant Vladimir Putin was referring to, its development would probably also have defense applications. While the Tu-160SK radius of action with a full payload would be reduced to 5,000km, the ability to carry a single, though potentially multi-warhead, ballistic missile, would make it invulnerable to even the longest-ranged air defense systems. The conventional or nuclear aeroballistic missile carried by the Tu-160SK would in turn pose a serious challenge to anti-ballistic missile systems.

The modernization potential of the Tu-160 means that the PAK-DA future heavy bomber program has been pushed off into the future by at least a decade. Nevertheless, the Tu-160 platform will likely incorporate many of the innovations developed for the PAK-DA, ensuring the viability of Russia’s nuclear triad for decades to come.