Health Editor’s Note:  It seems as though there is a wide disparity of care given at VA medical facilities.  Some veterans report “great” care and others cannot get seen in a VA emergency department(ED). Fact: Sick/ill/injured Veteran arrives at VA medical facility and deserves to be examined, tested if needed, diagnosed, and plan of care made to put him or her on the path to healthy, in a timely manner. Just like in the other medical world, well sort of. The non-VA medical world can be a system of none treatment, but on a whole you will eventually get some sort of medical treatment.

Each facility has known trouble, undisciplined makers who are and continue to be problems for veterans who need help. They are never fired. Administratively overburdened departments, not unlike police departments where police will shoot someone who is getting a cell phone out of a pocket and look the other way when drug deals are being made. There are VA employees who learn to play the game, the best of whom just bring their problems to work, the worst of whom sabotage treatment, destroy files, and sadly in case after case, murder patients.  Yes, the number of medical errors are astronomical, not unlike the alternative medical world, despite visits from the Joint Commission to police health protocols.   Having the wrong primary care physician at the VA can be a death sentence.

Were you aware that new hires at a VA medical facility will attend a class on how to treat a veteran?  Yes, a class in being a civil, helpful, a caring human being.  I was there. I saw it!  I was incredulous, especially since the veteran is the reason for the new hire to have his or her job. I saw people who had no intention on being civil to anyone, let alone a veteran.

So, let us know how your local VA health care facility is taking care of you.  If you make a comment, please offer the location of your facility, because if you are getting great treatment, we all might want to come live with you……….Carol

WASHINGTON — Today the U.S. Department of Veterans Affairs (VA) announced steps that it is taking as part of an aggressive new approach to produce rapid improvements at VA’s low-performing medical facilities nationwide.

VA defines its low-performing facilities as those medical centers that receive the lowest score in its SAIL star rating system, or a one-star rating out of five.  VA currently has 15 such one-star facilities:

The steps VA is taking to produce rapid improvements at its low-performing facilities include:

Comprehensive analysis and identification of improvement targets – VA is employing a new initiative, known as Strategic Action Transformation (STAT), that uses a rigorous and formal approach based on clinical performance indicators to identify vulnerabilities in each low-performing facility and set specific targets for improvement.

Provision of national resources for improvement – VA’s RAPID team of experts will use sophisticated statistical tools to track the progress of improvement against these targets, and, where warranted, will dispatch a team of expert improvement coaches quickly to the medical centers to assist them in meeting the goals.

Accountability for results –VA’s Central Office will review each of the facilities quarterly, and if the facilities fail to make rapid substantial progress in their improvement plan, VA leadership will take prompt action, including changing the leadership of the medical center.

“President Trump has made it clear that our Veterans deserve only the best when it comes to their healthcare, and that’s why we are focusing on improving our lowest performing facilities nationwide,” said VA Secretary David Shulkin. “We will employ tight timelines for facilities to demonstrate improvement, and if low performance persists, we will make swift changes — including replacing facility leaders — until we achieve the rapid improvements that Veterans and taxpayers expect from VA.” 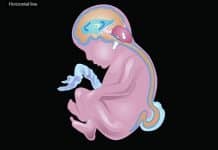 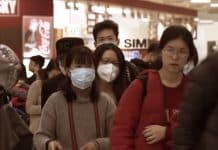