Iranian militias in Iraq have obtained up to nine M1 Abrams main battle tanks, according to a Pentagon inspector general’s audit of the mission to crush Daesh in Iraq and Syria.

“The US Department of State acknowledged that some US-provided military equipment sent to support the mission, including as many as nine M1 Abrams tanks, had fallen into the hands of Iranian-backed militias that fought against [Daesh] in Iraq,” the report, released on February 2, reads.

In the past, unverified pictures posted on social media indicated that militia groups under the People’s Mobilization Forces’ umbrella had the US-made tanks in their possession. The State Department has pushed the Iraqi government to make securing the tanks a priority, the report said.

A spokesman for the company that makes the tanks, General Dynamics, told al-Ghad Press in January that it would be packing its bags and leaving maintenance stations in Iraq since that country had violated the terms of the agreement and lent the tanks to the Iran-backed groups. The contract only authorized the Iraqi Army to use the vehicles themselves.

The State Department, however, would not confirm the General Dynamics representative’s statement about withdrawing maintenance crews due to the contract violation, telling Kurdistan 24, “The Abrams maintenance program for the Iraqi Security Forces is still currently active, and there is no plan to discontinue it in the future.” If General Dynamics refuses to do the work, the US can likely draw on vast quantities of contractors to pick up the slack.

“Sometimes the PMF asks for American tanks from the Iraqi Army if Russian-made tanks are unavailable,” according to Hussam al-Mayahi, a weapons specialist within the PMF, as quoted by We Are The Mighty. 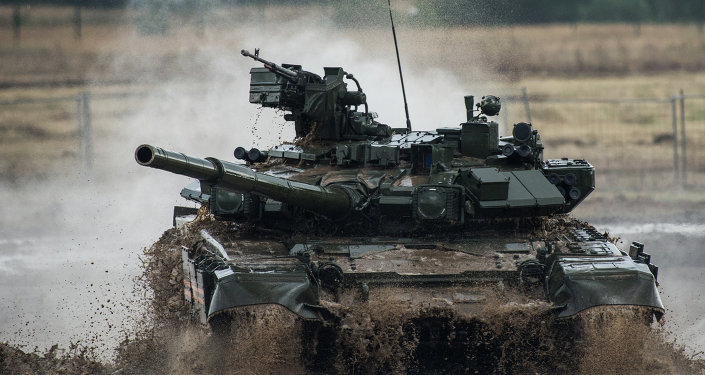 Baghdad has been a prolific buyer of Russian and American tanks, but it has a history of letting its foreign-made weapons and military vehicles fall into the wrong hands. The Iraqis lost 40 M1 Abrams tanks as result of corruption within the army, poorly trained tank crews, and outright abandonment in the summer of 2014, according to defense expert Matthew Aid.

In 2014, the US State Department approved the sale of 175 M1A1 Abrams tanks to Baghdad, according to the Pentagon. Last year, Iraq started to accept delivery of an order for 74 Russian T-90 tanks to reinforce the Abrams fleet.