I choose to lead off this article with the greatest video in YouTube history.  Tony Lawson was immediately banned by Google and it took years to reinstate.

The information below is tied, quite closely, to Lawson’s work so many years ago, about the business of false flag terrorism and mind control, about Wikileaks, about the Khazarian Mafia and about the “Deep State.” Read on.

A domestic based contracting company, now deep inside the Pentagon’s Counter-Terrorism computer system, and feeding into the DEERs based military record system as well, can be tied directly to planning a false flag cyber attack on America to appear to have originated from Iran.

This is pure “Deep State” terrorism, all comfortably run out of Washington and using US government computer systems, even funding from US government programs, including funding intended for the care of America’s veterans, now being used to wage false flag war against America itself.

The scramble to cover this up is a story of its own. We have it all now when the same group tested their capability on VT, a capability they had recently used to hack into Colombia’s banking system.

We have it all done with the help of Level 3 Communications. 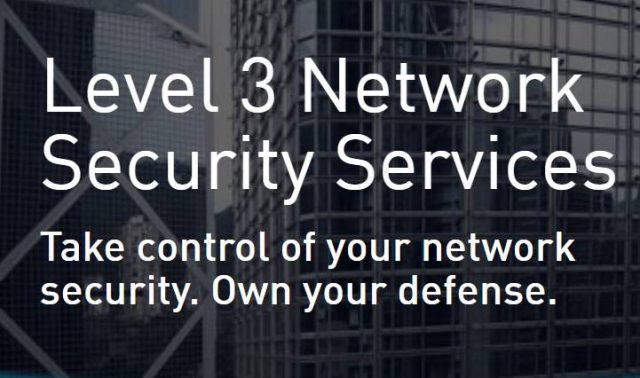 A recent denial of service attack on VT has been initially traced, to of all places, to Iran.  That was what we were supposed to find anyway, but VT had set a trap and tracked the hackers to their home base, right through Iran.

It is our belief that a group in Washington plans a major Defense Department hack, to be blamed on Iran, and tested it out on VT.  The hack will be through the DEERS system that authorized military ID cards and through the US Navy.  We found the group, the individuals responsible and the computers they used.

They hit us, not through Iran, but through computers at the Department of Veterans Affairs:

Veterans Today has not just broken real stories, we may well have stopped real wars. We are now trying to stop another one. Listen up.

There are ties, termed today “Deep State” between the early gas attacks in Ghouta, Syria, where Secretary Kerry stopped a US attack, learning he was “set up” and the later phony gas attack on Khan Sheikhoun, where Trump ordered 59 Cruise missiles to hit Syria, though most were dropped into the water quickly by Russian electronic counter measures.

The same “footprint” that was on these attacks was also on the downing of MH17 over Donbass and the phony reporting and equally phony Dutch investigation. VT broke all these stories and has been subject to hacks in response.

Yes, I am saying that the several major hacks including the Stuxnet attack against VT were done by the same organization responsible for MH 17, for the phony missile stories in the Moscow Times (run at the time by Booz Allen Hamilton, a CIA contractor) and other attacks as well, many of them.

Then go back a few months to when a phony report at Oxford University funded by Google’s “Jigsaw” regime change organization accused VT of working for Russia in order to “mine” military services members personal information and, yes, no martians were involved, I personally swear it.

Prior to this, it was the Heritage Foundation, funded by the Koch Brothers and Sheldon Adelson, that went after VT for busting Pajama Media for funding Reverend Terry Jones and their role in staging the Benghazi attack.

For that, PJ Media, as they call themselves, named me the world’s foremost “anti-semite.”  They left out the “self-hating” part, an obvious failure in their background check efforts.  We laughed ourselves silly on that one.

These are only a few of hundreds of incidents we know of, sometimes stopped, but it is so many that once we open our doors, if it comes down to that, nothing will stand.  Am I being clear?

The idea of this group, subcontractors to a major CIA contractor attacking VT to test out advanced capabilities is almost funny.  VT, after the last 10 day outage, put itself on a national security level (in reality “Banking” level) monitoring system.

We worked through over 300,000 IP addresses that the originating server, at the IT Headquarters of the Department of Veterans Affairs in Washington DC was hiding behind.  There, we found an individual, a former member of a super-secret Military Police organization, now retired, seated behind the terminal.

This same former very senior NCO, working with a former Naval Academy Grad out of a shadow firm near Las Vegas, had developed a capability of using VA computers, among other things, to hack into Colombian banks.

At this time, the VA is meeting with attorney’s for the Colombian banking system to settle the issue of hacks against that nations banking system by the IT department at the Department of Veterans Affairs.  Millions in damages will be paid out to keep this quiet.

Please remember that this is only one head, albeit a small one, of the “hydra” that now runs America through what is called the “deep state.”  Central to all is Google Corporation and the AI that has profiled anyone who uses any device or any kind, worldwide.  By “profiled,” we mean politically, medically/psychiatric, economic.

For years, Google and Facebook feeds have monitored everything, not just key words or searches.  They read text, their algorithms predict behaviors and hone news feeds, create phony email trains and even drive bots to post to facebook pages. 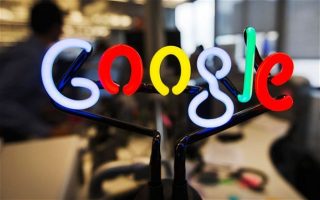 Google and Facebook bots may well be the trolls who used to just be simply crazy people or unemployed Tel Aviv housewives. We are miles beyond MK ultra.

The capabilities, one of which has been tracked and outlined above, control all information flow.  They are not just the news individuals get, the phony emails or social media feeds.

At a national level, they create events, they control the reporting and, more importantly, they control how the government thinks people respond.

So when Trump sends missiles at Syria, he is seeing data from Facebook and Google telling him Americans are outraged and not the truth, that Americans know the US is staging these attacks or that the attacks themselves never happened, or were theatrically staged.

Everything the President gets, the CIA gets, that Congress sees, all “public opinion,” all “social media,” is an AI construct.

What most around the world don’t know is that in nation after nation, monitored and controlled social media, working with Google and Facebook, is the “Deep State.” The Google AI knows enough about you, or so they think at Jigsaw, to make you vote how they want or even kill yourself.

They brag about this when they present their software packages to security agencies around the world, selling the Google Jigsaw monitoring package that secures the most repressive regimes in the world.  I have the software, I saw it tested in Egypt.

Silencing VT is an important part of the agenda.  We wish them good luck with that.