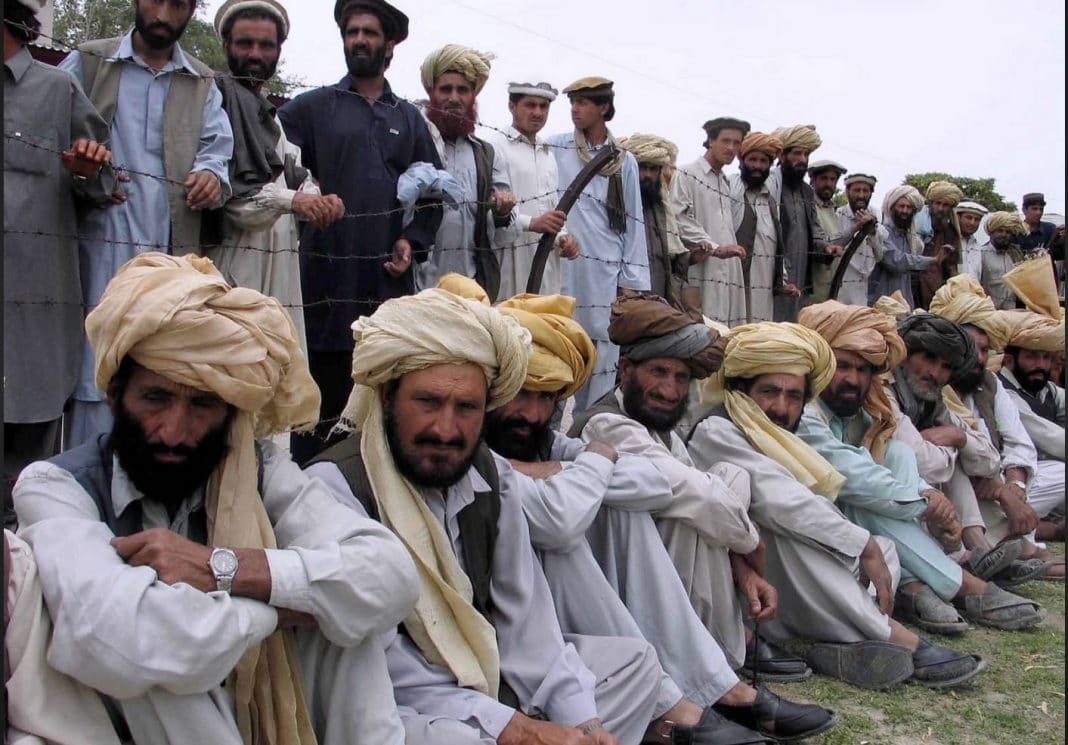 Is it not ironic that two very similar insurgencies have simultaneously been going on in Pakistan for the last several years: the Baloch insurgency in the Balochistan province and the insurgency of the Pashtun tribesmen in the tribal areas of Khyber Pakhtunkhwa province bordering the US-occupied Afghanistan.

While the Pakistani neoliberal elites fully sympathize with the oppressed Baloch nationalists, when it comes to the Pashtun tribesmen, they are willing to give Pakistan’s security agencies a license to kill, why? It’s simply because the tribal Pashtun insurgents use the veneer of religion to justify their tribal instinct of retribution.

The name Islam, however, is such an anathema to the core neoliberal sensibilities that the elites don’t even bother to delve deeper into the causes of insurgency and summarily decide that since the Pashtun tribesmen are using the odious label of the Taliban, therefore they are not worthy of their sympathies, and as a result, the security establishment gets a carte blanche to indiscriminately bomb the towns and villages of the Pashtun tribesmen.

As well-informed readers must be aware that military operations have been going on in the tribal areas of Pakistan since 2009; but a military operation – unlike law enforcement or Rangers operation, as in Karachi – is a different kind of operation; it’s an all-out war.

The army surrounds the insurgency-wracked area from all sides and orders the villagers to vacate their homes. Then the army calls in air force and heavy artillery to carpet bomb the whole area; after which ground troops move in to look for dead and injured in the rubble of towns and villages.

Air force bombardment and heavy artillery shelling has been going on in the tribal areas of Pakistan for several years; Pashtun tribesmen have been taking fire; their homes, property and livelihoods have been destroyed; they have lost their families and children in this brutal war, which has displaced millions of tribesmen who have been rotting in the refugee camps in Peshawar, Mardan and Bannu districts since 2009, after the Swat and South Waziristan military operations.

I have knowingly used the word ‘Pashtun tribesmen’ instead of ‘Taliban’ here, because this phenomena of revenge has more to do with tribal culture than religion, per se. In the lawless tribal areas, the tribesmen don’t have courts and police to settle disputes and enforce justice; justice is dispensed by tribes themselves; the clans, families and relatives of slain victims seek revenge, which is the fundamental axiom of their tribal ‘jurisprudence.’

It’s worth noting here that there are three distinct categories of militants operating in Pakistan: the Afghanistan-focused Pashtun militants; the Kashmir-focused Punjabi militants; and foreign transnational terrorists, including the Arab militants of al-Qaeda, the Uzbek insurgents of Islamic Movement of Uzbekistan (IMU) and the Chinese Uighur jihadists of the East Turkistan Islamic Movement (ETIM). Compared to tens of thousands of native Pashtun and Punjabi militants, the foreign transnational terrorists number only in a few hundred and are hence inconsequential.

Notwithstanding, the Pashtuns are the most unfortunate nation on the planet nowadays, because nobody understands and represents them; not even their own leadership, whether religious or ethnic. In Afghanistan, the Pashtuns are represented by Washington’s stooges, like Hamid Karzai and Ashraf Ghani, and in Pakistan, the Pashtun nationalist party, the Awami National Party (ANP), loves to play the victim card and finds solace in learned helplessness.

In Pakistan, however, the Pashtuns are no longer represented by a single political entity, a fact which became obvious after the 2013 parliamentary elections in which the Pashtun nationalist ANP was wiped out of its former strongholds.

Now, there are at least three distinct categories of Pashtuns: firstly, the Pashtun nationalists who follow Abdul Ghaffar Khan’s legacy and have their strongholds in Charsadda and Mardan districts; secondly, the religiously inclined Islamist Pashtuns who vote for Islamist political parties, such as Jamaat-e-Islami and Jamiat Ulema-e-Islam in the southern districts of Khyber Pakhtunkhwa; and thirdly, the emerging new phenomena, the Pakistan nationalist Pashtuns, most of whom have joined Imran Khan’s Pakistan Tehreek-e-Insaf (PTI) in recent years, though some have also joined Nawaz Sharif’s Muslim League.

It would be pertinent to mention here that the general elections of 2013 were contested on a single issue: Pakistan’s partnership in the American-led war on terror, which has displaced millions of Pashtun tribesmen. The Pashtun nationalist Awami National Party was routed, because in keeping with its supposedly “liberal interventionist” ideology, it stood for military operations against Islamist Pashtun militants in tribal areas; and the people of Khyber Pakhtunkhwa province gave a sweeping mandate to the newcomer in the Pakistani political landscape: Imran Khan and his Pakistan Tehreek-e-Insaf, because the latter promised to deal with tribal militants through negotiations and political settlements.

Although both Imran Khan and Nawaz Sharif failed to keep their election pledge of using peaceful means for dealing with the menace of religious extremism and militancy, the public sentiment has been firmly against military operations in tribal areas. The 2013 parliamentary elections were, in a way, a referendum against Pakistan’s partnership in the American-led war on terror in the Af-Pak region, and the Pashtun electorate gave a sweeping mandate to pro-peace political parties against the pro-war Pakistan People’s Party and Awami National Party.