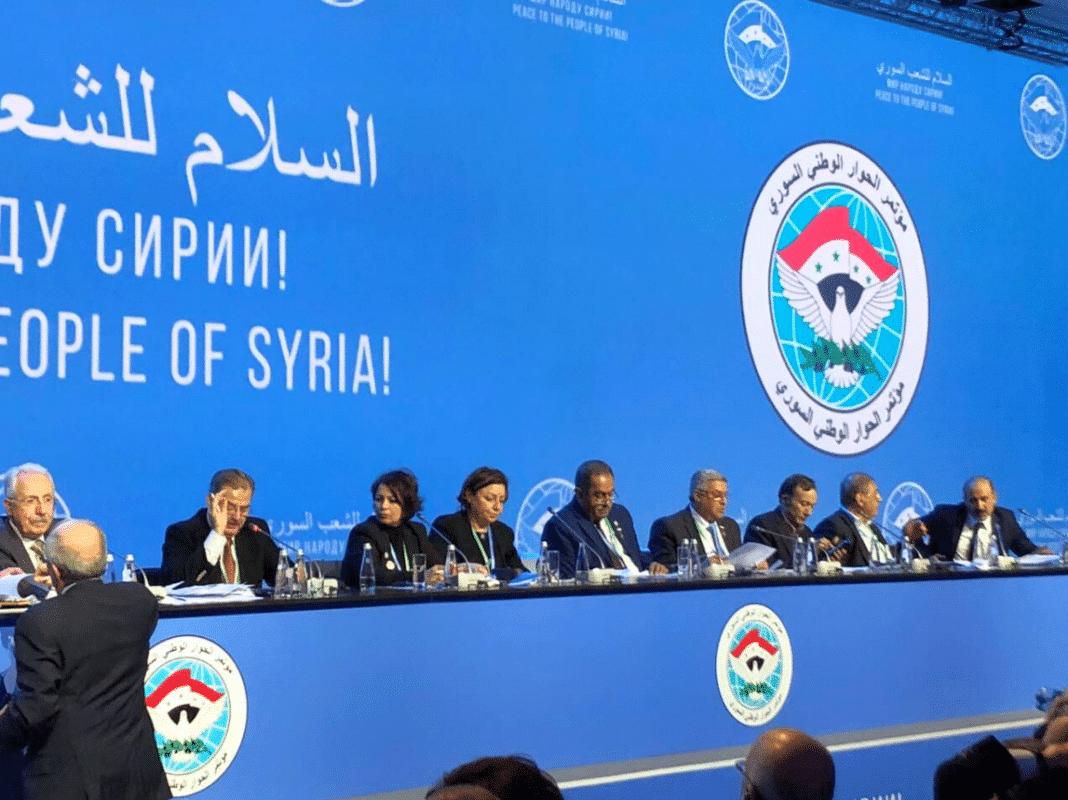 A short while ago, the Syrian National Dialogue Congress was finished in Russia’s Sochi. The innovative format of the negotiations has become unique and unprecedented among all the sectors of the Syrian society. In the conflict’s history, no one has been able to gather the representatives of the official Syrian government, members of the ruling party, tribal elders, various social movements, unions and religious denominations, and even members of the internal and external opposition.

Furthermore, it is noteworthy that the absence of some other radically minded representatives of the opposition didn’t affect the decision-making process in any way. Instead of using the new opportunity to find touch points, the foreign-sponsored opposition ignored the negotiations, thereby confirming its political inferiority.
Many participants of the Congress are sure that the voice of the Syrian people has been heard for the first time in a while in Sochi. The final statement confirms this statement.
“There are some countries that seek the escalation of the Syrian conflict. We need peace for Syria. Therefore, there are so many influential Syrians in Sochi. Here with the help of Russians and their President we will be able to make significant process. They are the only one who is actually interested in the restoration of peace” a delegate from the Trade Unions and Associations group Majed Harmaz said.
At the same time, not everyone was satisfied with the results of the Congress. Thus, the head of the Syrian Negotiations Commission (SNC) Nasser Al-Hariri said that the process allegedly would undermine the UN’s efforts aimed at cessation of hostilities and establishing peace. However, he didn’t argue his words.
It should be mentioned that finding common ground in the Syrian society is an absolutely new format, and the last Congress really can give a new impetus to the stalling Geneva talks. The final decision on the establishment of a constitutional commission can’t be unnoticed or ignored, and will be considered at the UN.
Consequently, oppositionists boycotted the Syrian Nation Dialogue Congress in Sochi will still have to discuss its results in Geneva. That is, they will still have to include their representatives in the emerging membership of the constitutional commission, and the process will make significant progress. However, the awareness of the need to participate in the process of creating a new Basic Law of the country would require a lot of time on the part of the opposition and won’t happen immediately.
In fact, the process of the creation of a new constitution by Syria has been launched due to the efforts of the guarantor countries in Astana. In addition, the Syrian society’s position was underlined, such as territorial integrity, sovereignty, ensuring the rights of all ethnic and religious groups.
Therefore, it can be stated with certainty that the Congress in Sochi has provided a serious impulse to the process of peaceful settlement in Syria. This means that all the decisions that have been taken there are legitimate and in conformity with Council resolution 2254.