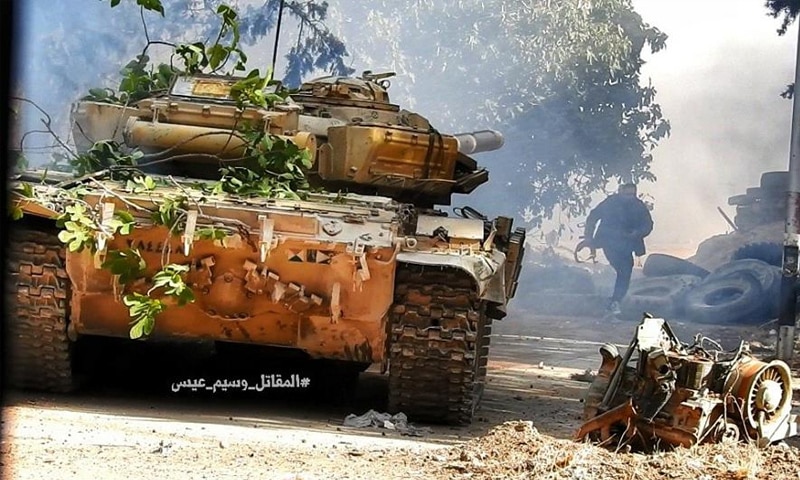 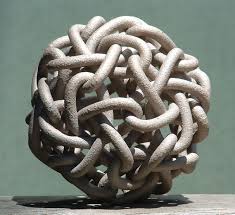 [ Editor’s Note: The Turkish military operations in NE Syria presented a Gordian Knot in terms of trying to unravel who is supporting whom in the effort, notwithstanding the pretend support version.

Turkey has made several changes in its Syria policy depending on which way the war winds were blowing. And then we had other macro foreign policy issues like Turkey’s EU membership put into cold storage, punishment for letting the refugees flood into Europe, a move that backfired.

During this time Russia concluded and started the new gas pipeline to Turkey, to be followed with a twin that is planned to go into Italy. That one might see some major road blocks put in the way by the US who clearly does not want more petro revenues flowing from the EU to Russia to support building its economy long term.

This brings it into direct conflict with the $110 billion trade surplus the EU once had with Russia, before the Ukraine sanctions. That farce is not clearly exposed with Kiev’s legislature formally breeching the Minsk deal. We did not hear much from Fake Guarantors German and France about what happened to their part of the deal.

Salman Sheikh is one of NEO’s top geopolitical analsysts and he has an excellent review below of this riddle wrapped in an enigma.

Long term he puts the spot light on the developing showdown between the Turkey and the US, where Erdogan will want the US out of Syria as the only way to prevent the YPG Kurds continuing to be funded, armed and given air cover.

Turkey views this as a permanent strategic threat on it southern border that it plans to remove. And let us not forget that Turkey still blames the US for the coup, and therefore its support for the Kurdish YPG is a continued “round two” threat to Turkey.

The irony here is what the Turks are claiming is being done to them by the US is exactly what they did to Syria, some poetic justice there. Be sure that you did not miss Gordon’s Intel Drop from yesterday. It’s a barn burner … Jim W. Dean ]

Turkey’s latest military operation, Oliver Branch, is much more than just an embarrassment for the US; it marks a humiliating defeat for the US in the Middle East’s biggest war in the contemporary period –and potentially an end to the US supremacy in the region as well.

If ‘enemy of my enemy is my friend’ is true in international relations, its exact opposite ‘ally of my ally is not my ally’ seems equally true when it comes to defining the US, Turkey, Kurd triangle. During the course of Syrian war, the US clearly chose the Kurds as its ally, its main ground forces.

This choice, however, couldn’t have come but at the expense of alienating the second biggest NATO military power, Turkey. However, this extension of US support to Kurds didn’t immediately lead to a breach in the US-Turkey bi-lateral relations. Until 2015, the US-Turkey continued to act very much as allies.

But this alliance wasn’t without significant tension running just under the surface. Turkey was always weary of the US support for Kurds; and to counteract it, it initially supported ISIS and then started to arm its own proxies to secure its interests in Syria, gradually pitting it against NATO and the US.

The crisis of bi-lateral relations unfolded clearly when a coup was attempted in Turkey and the latter went on to blame the US for it. While this ‘game of accusations’ caused a massive breach in bi-lateral relations, it doesn’t in itself explain what actually enabled Turkey to take on militarily the allies (Kurds) of its NATO ally (the US).

While still a NATO ally, Turkey’s foreign policy and regional orientation has changed dramatically during the course of war in Syria. On the one hand, if China and Qatar have become its major foreign investors, Iran and Russia have turned out to be Turley’s major strategic allies on the other.

This explains why, despite killing hundreds of US allied fighters in the last week or so, Washington has been unable to give a befitting response to Turkey. All it has done and said is nothing but few words of ‘concern and caution.’

Is the US merely constrained by Turkey’s NATO status? Well, this didn’t presumably prevent them from hatching a conspiracy against Erdogan by supporting a coup and by refusing to hand over Fethullah Gulen. So what has changed now?

Despite the Turkish attack on the US allies in Syria, Turkey’s markets and stock exchanges haven’t suffered a crash. The US has been unable to inflict economic punishment on Turkey for this open defiance.

There is one highly significant reason for this market stability, and that is Turkey has reduced its dependence upon Europe and the US and has found new sources of money in Qatar and China, and new sources of weapons and defence systems in China and Russia.

Consider this: Qatar is already the largest foreign investor in Turkey with more than $20 billion in commitments and with another $19 billion in the pipeline for 2018.

And, on the other hand, Turkey has become the guarantor of Qatar’s security, and has established a new military base in the tiny Arab country. The last two developments came after Turkey backed Qatar during last year’s Gulf States’ boycott and even airlifted food after Saudi Arabia closed its border on Qatar.

And while China’s investment in Turkey is relatively small compared to that of Qatar, there is little doubt in that Turkey will be a key territorial unit in China’s Belt & Road Initiative (BRI).

Already China is in the middle of establishing territorial and train links with Turkey via Iran, another key country in China’s BRI. While in eastern Iran China is modernizing the country’s railway networks, in western Iran railroad crews are working to link Tehran to Turkey and eventually to Europe.

And China is already making big investments in Turkey’s telecommunication sector. For instance, On December 5, 2017, ZTE, China’s largest-listed telecommunications equipment and network solutions provider, agreed to take over 48.04 percent of Turkish systems integration provider Netas for $101.3 million as part of its goal of expanding its operations across key markets covered by Beijing’s “One Belt, One Road” initiative.

And there is hardly any doubt to the broader understanding reached between Ankara and Moscow on the Syrian end-game. Without this understanding, Turkey couldn’t possibly have used Syrian air space.

And now, with Turkey now speedily cornering its primary adversaries in Syria, there will eventually remain little to no use of Turkey-supported Free Syrian Army (FSA)—something that will then allow Russia, Iran and Syria a major leeway out of the Syrian quagmire.

Turkish operation, therefore, is likely to yield two major benefits: it will significantly damage the US ability to influence ground situation in Syria, and it will conversely strengthen Russian position as well. By now, it is quite obvious that the Syrian warning to shoot down Turkish jets attacking Afrin was a hollow.

Interestingly enough, Russia, too, didn’t object to Turkish operation. Russian foreign minister, when asked about this understanding, instead chose to blame the US for its support of Kurds .

It said that “unilateral actions by the United States in Syria infuriated Turkey,” and after Turkey launched its operations, Russia relocated its forces in Afrin to a safer area, leading angry YPG commanders to accuse Moscow now of ‘betrayal.’

What comes after Afrin?

And the US-Turkey estrangement is likely to increase more as Turkey is eyeing Manjib, where the US has established its military base and has ground forces, to include in its ‘safe-zone.’ And the Pentagon has already warned that they will defend Manjib if they’re attacked.

Afrin is thus only a lead up to Manjib, and it is in Manjib, lying to the east of Euphrates, where Turkey’s real threat lies. Victory in Afrin in itself will not prove enough; it is only a tactical move towards the eventual strategic goal of driving Kurds beyond the Euphrates.

Will then the US come face to face Turkey? Will Turkey still show the same boldness it has demonstrated in Afrin? A lot will depend upon how Turkey’s strategic continuum works out with Russia and Iran.

But Manjib will equally be a test of the US strategy. Unlike Afrin, which is a pre-dominantly Kurdish; Manjib is ethnically diverse and will put the US under a lot of pressure, and might turn out to be the last concerted push to drive the US of the chessboard.