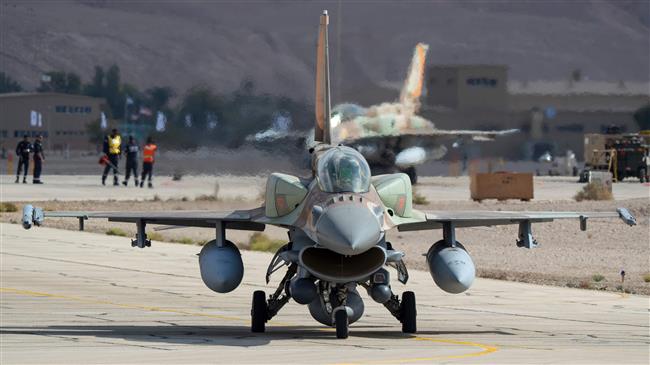 Below is a quick look at Israel’s acts of military aggression against Syria:

November 11, 2012: Israel fires a “warning shot” in the direction of Syria, alleging that it is responding to a stray mortar round fired from the southwestern Syrian province of Quneitra.

November 17, 2012: Israel opens artillery fire against positions belonging to the Syrian Army, alleging that it was retaliating for attacks on an Israeli patrol near the demilitarized zone. It later stages a direct strike at the source of mortar shells that it says the Syrian Army fired in response to the first Israeli strike.

March 24, 2013: The Israeli military releases a guided missile at a Syrian trench used for deploying machineguns. It alleges it is responding to shots fired at Israeli forces in the occupied Golan Heights, though affirming that none of its troops had been wounded in the alleged incident there.

May 21, 2013: Israeli forces attack what they say is the source of fire targeting an Israeli vehicle in the Golan Heights.

July 17, 2013: The Israeli military fires at a group of unidentified individuals on Syria’s border after an Israeli patrols comes under purported fire near the demilitarized zone.

August 17, 2013: Israeli forces hit a Syrian Army outpost with a guided missile, alleging that they are responding to Syrian mortar rounds.

March 18, 2014: Israel hits Syrian military targets, including a military headquarters and an Army base, with artillery and aerial fire, describing the attacks as tit-for-tat strikes after a purported explosive goes off near an Israeli military vehicle close to the Syrian border. It says one Israeli soldier was killed in the alleged incident.

March 28, 2014: Israeli forces fire volleys of bullets at what the regime calls the source of Syrian mortar shells fired at Israeli military positions on Mount Hermon in the Israeli-occupied Golan Heights.

June 23, 2014: The Israeli regime bombards Syrian Army targets several times, killing at least 10 Syrian soldiers in response to an alleged strike a day earlier on a water truck moving along the border fence.

July 15, 2014: The Israeli military kills 18 Syrians, including eight civilians, in attacks on three locations on Syrian soil. It says it had come under rocket attack in the occupied Golan Heights earlier.

September 23, 2014: Israel downs a Syrian military aircraft that it alleges wandered into the occupied Golan Heights.

August 20, 2015: Israel takes Quneitra and its neighboring province of Rif Dimashq under successive airstrikes, hitting Syrian military outposts and soldiers. The regime claims it had come under rocket fire in the occupied Golan Heights and the Upper Galilee area earlier. It kills five civilians in an attack on a vehicle a day later, claiming it is seeking to take out those behind the rocket attacks.

The Syrian military targets at least one Israeli F-16 warplane that attacked Syrian territory, hitting it and sending it down in flames and smoke.

November 28, 2016: Israel hits an abandoned UN building in the occupied Golan Heights, claiming it is suspected of being used by the militants.

March 16-17, 2017: Israel confirms, for the first time, that it targeted what it called a convoy belonging to the Hezbollah resistance movement near the Syrian ancient city of Palmyra. The attack marked the deepest foray by Israel into Syrian territory yet.

October 21, 2017: Israel hits Syrian artillery positions after five mortar rounds come down in an open area in the occupied Golan Heights. Syrian government sources say later that the mortar fire, which caused no damage or casualties, had been aimed at “terrorists linked to Israel.” The terrorists, they say, “had [themselves] launched mortar shells, upon the instructions of the Israeli occupation, on an area of empty land inside the occupied territories to give the Israeli enemy a pretext to carry out its aggression.”

February 10, 2018: The Israeli military conducts strikes against Syrian positions. The Syrian military hits at least one Israeli F-16 warplane during the attacks.

The Israeli military confirms the downing of the F-16.