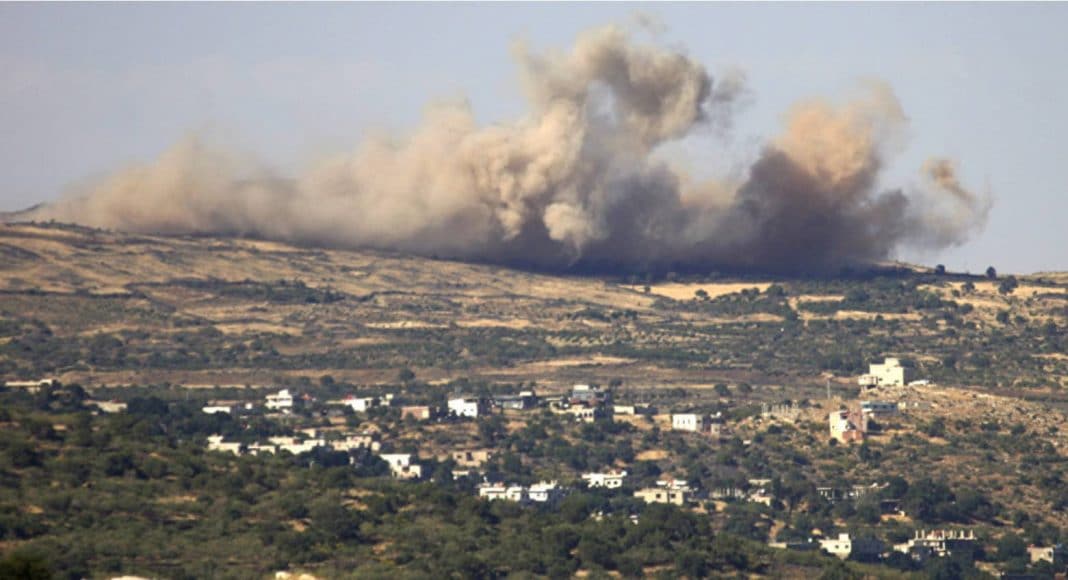 The Russian Foreign Ministry has called on the global community to respect Syria’s sovereignty and the territorial integrity of the countries of the Middle East following the aerial attacks of Israeli Defense Forces (IDF) against targets in central Syria.

“Moscow is deeply concerned with the latest developments and attacks on Syria. The danger of the escalation of tensions within and around the de-escalation zones, which have become an important factor in reducing violence in Syria, is of particular concern,” the Foreign Ministry stated on its website.

The statement notes that the Syrian government forces “are complying with the existing arrangements to provide the consistent functioning of the de-escalation zone in the south-west of the country.”

“We urge all the involved parties to exercise restraint and avoid any steps that could lead to the aggravation of the situation. We consider it necessary to unconditionally respect the sovereignty and territorial integrity of Syria and other countries of the region.”

The ministry also noted that the creation of threats in Syria, where the Russian military contingent is present, is unacceptable.

On Saturday, the IDF said eights Israeli fighter jets had hit 12 targets in Syria, including three air-defense squadrons and four Iranian military objects deployed in the country. On its way back home, jets came under the Syrian anti-aircraft fire and one of the Israeli F-16s crashed. Both pilots ejected and sustained injuries. It is still unknown whether the plane was actually hit by fire.

In this image made from video provided by Yehunda Pinto, the wreckage of a jet is seen on fire near Harduf, northern Israel, Saturday, Feb. 10, 2018

The air attack came after the IDF said their helicopter had downed an Iranian drone that crossed into the airspace of the disputed Golan Heights overnight on Saturday. The helicopter then crossed into Syrian territory to destroy the command post that was used to control the drone, according to the IDF. The chopper was met with Syrian artillery fire.

​Commenting on the Israeli attacks, IDF spokesman Jonathan Conricus said that Syrians and Iranians were “playing with fire” as in his words, Damascus allowed Tehran to carry out an attack through its territory. He also said that anyone attacking Israel will “pay the high price,” but added that Tel Aviv was not looking for escalation in the region.

Syrian news agency SANA, citing a military source, reported that Israeli aircraft had attacked military targets of the Syrian army in the central part of the country.

The Syrian Defense Ministry has stated its air defenses responded to the aerial attacks successfully and struck more than one plane.

“The Israeli enemy has once again attacked some of our military bases in the southern area and our air defenses responded and foiled the aggression,” the statement on the ministry’s website reads.

Syrian state TV reported that a girl was injured when Israeli missiles struck near a school in a neighborhood in the Damascus countryside.

At the same time, the military denied that its drone had violated Iraeli airspace, saying it was on an ordinary mission.

“Reports of downing an Iranian drone flying over Israel and also Iran’s involvement in attacking an Israeli jet are so ridiculous… Iran only provides military advice to Syria,” Iran’s Foreign Ministry spokesman Bahram Qasemi was quoted as saying.