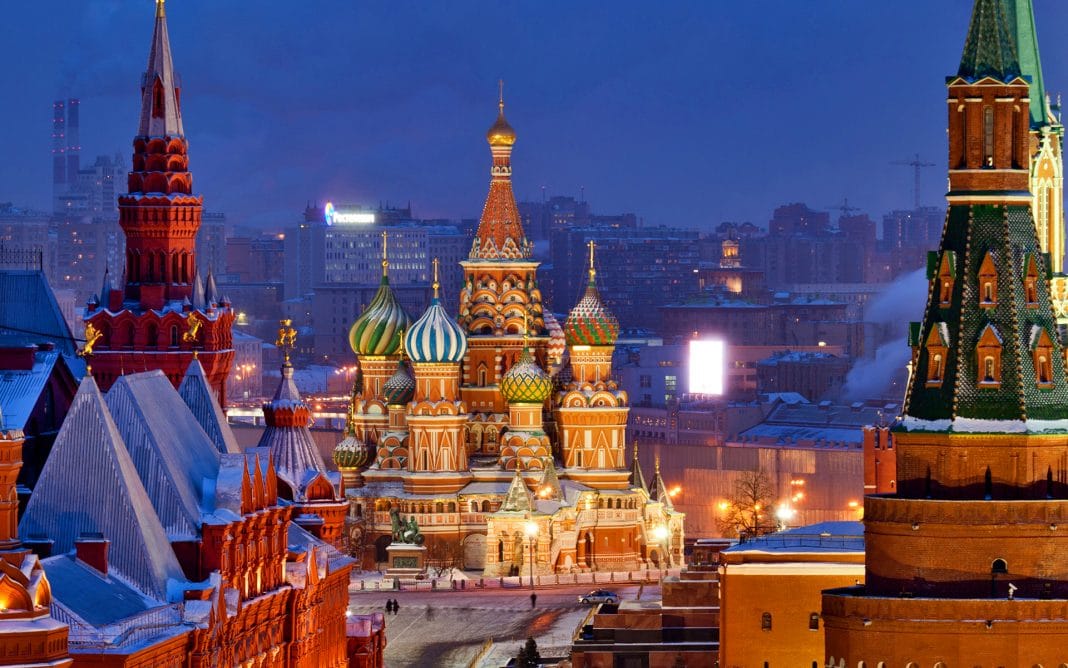 … by Stephen F. Cohen, professor emeritus of Russian studies and politics at New York University and Princeton University and a contributing editor of The Nation.

[ Editor’s Note: Cohen has a long established record as a Russian expert, and like VT, no one has ever been able to lay a glove on him  inside his field, as he can debate with old school tactics, meaning he can run circles around you because he knows the material, background wise anyway.

I listened to Rush and Hannity while out on errands yesterday, and they truly love the controversy as it allows them endless airtime to constantly repeat their main themes, how America is black and white politically, their are no political mulatto.

I am not being cute using that term. When I was living in Barbados for a few years and doing some basic brushing up on the country one day in the library I was looking at the racial makeup stats and got a big surprise.

Black folks were 94%, white 3% and mulattoes 3%. Yes, in an almost all black country they did not officially recognize a partially black person as being black. When I inquired why this was, from the black locals, their answer was simply, “because they aren’t”.

We have two main cheering sections carefully watching these current FBI, DoJ, Trump investigations with not much of a middle ground group, as in “let’s wait until the investigations are over so we can see what the evidence is”.

Cohen’s talent and contribution is being able to add more context to what is going on, to help the rest of us up our game as we sift through what we are reading, knowing that the spin game is in progress to the max. I will let him tell you the rest … Jim W. Dean ]

The publication of the GOP House Committee memo and reports of other documents increasingly suggest not only a “Russiagate” without Russia but also something darker: The “collusion” may not have been in the White House or Kremlin.

Stephen Cohen, professor emeritus of Russian Studies and Politics at NYU and Princeton, and John Batchelor continue their (usually) weekly discussions of the new US-Russian Cold War. (Previous installments, now in their fourth year, are at TheNation.com.)

Cohen first raised the question of “Intelgate,” perhaps coining the word, in the first half of 2017. He returns to it here.

Referring to the memo whose preparation was overseen by Republican Congressman Devin Nunes and whose release was authorized by President Trump, and to similar reports likely to come, Cohen, having for years researched Soviet-era archive materials (once highly classified), understands the difficulties involved in summarizing such secret documents, especially when they have been generated by intelligence agencies.

They must be put in the larger political context of the time, which can be fully understood only by using other sources as well, including open ones; and they may be contradicted by other classified materials not yet available.

Nonetheless, the “Republican memo,” as it has become known while we await its Democratic counterpart, indicates that some kind of operation against presidential candidate and then President Trump, an “investigation,” has been under way among top officials of US intelligence agencies for a long time.

The memo focuses on questionable methods used by Obama’s FBI and Justice Department to obtain a warrant permitting them to surveil Carter Page, a peripheral and short-tenured Trump foreign-policy adviser, and the role played in this by the anti-Trump “dossier” complied by Christopher Steele, a former British intelligence officer whose career specialization was Russia. But the memo’s implications are even larger.

Steele’s dossier, which alleged that Trump had been compromised by the Kremlin in various ways for several years even preceding his presidential candidacy, was the foundational document of the Russiagate narrative, at least from the time its installments began to be leaked to the American media in the summer of 2016, to the US “Intelligence Community Assessment” of January 2017 (when BuzzFeed also published the dossier), the same month that FBI Director James Comey “briefed” President-elect Trump on the dossier—apparently in an effort to intimidate him—and on to today’s Mueller investigation.

Even though both have been substantially challenged for their lack of verifiable evidence, the dossier and subsequent ICA report remain the underlying sources for proponents of the Russiagate narrative of “Trump-Putin collision.”

The memo and dossier are now being subjected to close (if partisan) scrutiny, much of it focused on the Clinton campaign’s having financed Steele’s work through his employer, Fusion GPS. But two crucial and ramifying question are not, Cohen argues, being explored: Exactly when, and by whom, was this Intel operation against Trump started?

And exactly where did Steele get the “information”that he was filing in periodic installments and that grew into the dossier? In order to defend itself against the memo’s charge that it used Steele’s unverified dossier to open its investigation into Trump’s associates, the FBI claims it was prompted instead by a May 2016 report of remarks made earlier by another lowly Trump adviser, George Papadopoulos, to an Australian ambassador in a London bar.

Even leaving aside the ludicrous nature of this episode, the public record shows it is not true. In testimony to the House Intelligence Committee in May 2017, John Brennan, formerly Obama’s head of the CIA, strongly suggested that he and his agency were the first, as The Washington Post put it at the time, “in triggering an FBI probe.” Certainly both the Post and The New York Times interpreted his remarks in this way.

Equally certain, Brennan played a central role in promoting the Russiagate narrative thereafter, briefing members of Congress privately and giving President Obama himself a top-secret envelope in early August 2016 that almost certainly contained Steele’s dossier. Early on, Brennan presumably would have shared his “suspicions” and initiatives with James Clapper, director of national intelligence.

FBI Director Comey, distracted by his mangling of the Clinton private-server affair during the presidential campaign, may have joined them actively somewhat later. But when he did so publicly, in his March 2017 testimony to the House Intelligence Committee, it was as J. Edgar Hoover reincarnate—as the nation’s number-one expert on Russia and its profound threat to America (though, when asked, he said he had never heard of Gazprom, the giant Russian-state energy company often said to be a major pillar of President Putin’s power).

The question therefore becomes: When did Brennan begin his “investigation” of Trump? His House testimony leaves this somewhat unclear, but, according to a subsequent Guardian article, by late 2015 or early 2016 he was receiving, or soliciting, reports from foreign intelligence agencies regarding “suspicious ‘interactions’ between figures connected to Trump and known or suspected Russian agents.”

In short, if these reports and Brennan’s own testimony are to be believed, he, not the FBI, was the instigator and godfather of Russiagate. Certainly, his subsequent frequent and vociferous public retelling of the Russiagate allegations against Trump suggest that he played a (and probably the) instigating role. And, it seems, a role in the Steele dossier as well.

Where, then, Cohen asks, did Steele get his information? According to Steele and his many stenographers—which include his American employers, Democratic Party Russiagaters, the mainstream media, and even progressive publications—it came from his “deep connections in Russia,” specifically from retired and current Russian intelligence officials in or near the Kremlin. From the moment the dossier began to be leaked to the American media, this seemed highly implausible (as reporters who took his bait should have known) for several reasons:

And indeed we now know that Steele had at least three other “sources” for the dossier, ones not previously mentioned by him or his employer. There was the information from foreign intelligence agencies provided by Brennan to Steele or to the FBI, which we also now know was collaborating with Steele. There was the contents of a “second Trump-Russia dossier”prepared by people personally close to Hillary Clinton and who shared their “findings” with Steele.

And most intriguingly, there was the “research” provided by Nellie Ohr, wife of a top Department of Justice official, Bruce Ohr, who, according to the Republican memo, “was employed by Fusion GPS to assist in the cultivation of opposition research on Trump. Ohr later provided the FBI with all of his wife’s opposition research.” Most likely, it found its way into Steele’s dossier. (Mrs. Ohr was a trained Russian Studies scholar with a PhD from Stanford and a onetime assistant professor at Vassar, and thus, it must have seemed, an ideal collaborator for Steele.)

We are left, then, with a vital, ramifying question: How much of the “intelligence information” in Steele’s dossier actually came from Russian insiders, if any? (This uncertainly alone should stop Fox News’s Sean Hannity and others from declaring that the Kremlin used Steele—and Hillary Clinton—to pump its “propaganda and disinformation” into America. Such pro-Trump allegations, like those of Russiagate itself, only fuel the new Cold War, which risks becoming actual war any day, from Syria to Ukraine.)

And so, Cohen concludes, we are left with even more ramifying questions: § Was Russiagate produced by the primary leaders of the US intelligence community, not just the FBI? If so, it is the most perilous political scandal in modern American history, and the most detrimental to American democracy.

And if so, it does indeed, as zealous promoters of Russiagate assert, make Watergate pale in significance. (To understand more, we will need to learn more, including whether Trump associates other than Carter Page and Paul Manafort were officially surveilled by any of the agencies involved. And whether they were surveilled in order to monitor Trump himself, on the assumption they were or would be in close proximity to him, as the president once suggested in a tweet.)

He cited them for the sanctions he imposed on Russia in December 2016, which led directly to the case of General Michael Flynn (not for doing anything wrong with Russia but for “lying to the FBI”); to the worsening of the new US-Russian Cold War; and thus to the perilous relationship inherited by President Trump, who has in turn been thwarted by Russiagate in his attempts to improve relations through “cooperation” with Putin.

Listening almost daily to the legion of former US intel officers condemn Russiagate skeptics ever more loudly and persistently in the media, we may wonder if they are increasingly fearful it will become known that Russiagate was mostly Intelgate.

For that we will need a new bipartisan Senate Church Committee of the 1970s, which investigated and exposed misdeeds by US intelligence agencies and which led to important reforms that are no longer the preventive measures against abuses of power they were intended to be. (Ideally, everyone involved would be granted amnesty for recent misdeeds, ending all talk of “jail time,” on the condition they now testify truthfully.) But such an inclusive investigation of Intelgate would require the support of Democratic members of Congress, which no longer seems possible.

Stephen F. Cohen is a professor emeritus of Russian studies and politics at New York University and Princeton University and a contributing editor of The Nation.