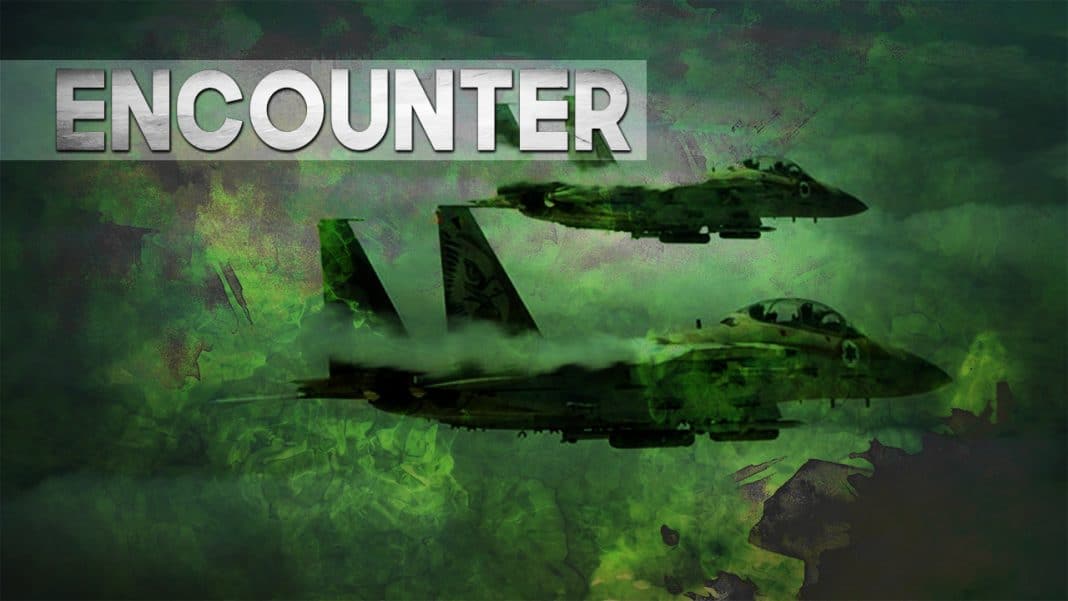 On February 10, the Syrian Air Defense Forces (SADF) shot down an F-16I fighter jet of the Israeli Air Force (IAF) during Israeli airstrikes on targets near Damascus and the T4 Airbase.

According to the Israeli side, an Iranian unmanned aerial vehicle violated Israeli airspace at 4:15 local time. The UAV was intercepted near Beit Shean by an IAF attack helicopter. At 5:34 IAF warplanes carried out airstrikes on what the Israeli Defense Forces (IDF) described as an Iranian UAV control vehicle at the T4 airbase, near the ancient city of Palmyra. The SADF responded by launching anti-aircraft missiles at Israeli warplanes and thus shooting down the F-16I fighter jet, which crashed in Israel at 6:00. The F-16I’s pilots ejected. One was severely wounded.

According to media reports, at least one F-15 was also damaged in the encounter, but landed at its airbase. The SADF reportedly used S-200 and Buk missiles. However, this has not yet been officially confirmed.

At 8:45 the IAF conducted a series of airstrikes on the Al-Kiswah area near Damascus. The IDF said that that the airstrikes targeted “Syrian aerial defense array and additional Iranian targets”. The SADF reportedly downed most of the Israeli missiles and launched more anti-aircraft missiles at IAF warplanes. No hits were reportedly achieved.

The IDF claims that it had targeted 12 military targets, including 3 aerial defense batteries and 4 Iranian targets. Brig. Gen. Amnon Ein Dar, Head of the Air Group in the IAF described it as “the biggest and most significant attack the air force has carried out against Syrian air defenses since 1982.”

The IDF also blamed Syria and Iran for the escalation.

“The Syrians and the Iranians, from our point of view, are playing with fire. The Syrians are playing with fire when they allow the Iranians to attack Israel from their soil. We are willing, prepared, and capable to exact a heavy price on anyone that attacks us. However, we are not looking to escalate the situation,” Lt. Col. Jonathan Conricus, Head of the International Media Desk of the Israeli Defense Forces, said.

The Pentagon and the US State Department officially confirmed US support for the Israeli actions in Syria.

“Israel is our closest security partner in the region and we fully support Israel’s inherent right to defend itself against threats to its territory and its people,” Pentagon Spokesman Maj. Rankine-Galloway said.

The Russian Foreign Ministry objected to the violation of Syrian sovereignty by Israel and said that it is “unacceptable to create threats to the lives and security of Russian servicemen who are in Syria at the invitation of its legitimate government to assist in the fight against terrorists.”

Lebanese Hezbollah said that the February 10 encounter marked the “start of a new strategic phase” in the conflict that will limit Israeli interventions into Syrian airspace.

Later media reports appeared that Israel was working with the Russians to de-escalate the situation indicating that the declared Israeli military success was in fact a bit smaller than the IDF wanted to show.

On February 12, the Syrian Arab Army (SAA) and its allies continued operations to secure their recent gains in northeastern Hama and southern Idlib and launched an effort to eliminate the remaining ISIS terrorists that are currently deployed in the province of Idlib.

Separately, reports appeared that the Tiger Forces are redeploying their units to participate in the anti-ISIS security operation in the Homs desert. About 500 ISIS terrorists are reportedly hiding there.

On February 11, the Turkish Armed Forces (TAF) and the Free Syrian Army (FSA) captured the villages of Hec Iskendere and Saranjik from Kurdish YPG/YPJ forces in the Afrin area. On February 10, according to the TAF, 11 Turkish soldiers were killed, 11 others were injured and a T129 ATAK attack helicopter was destroyed. Separately, pro-Kurdish sources claim that 23 FSA members were also killed and a battle tank, a bulldozer and an armoured vehicle were destroyed.

The TAF and the FSA are steadily developing momentum in Afrin but continue to suffer significant casualties.