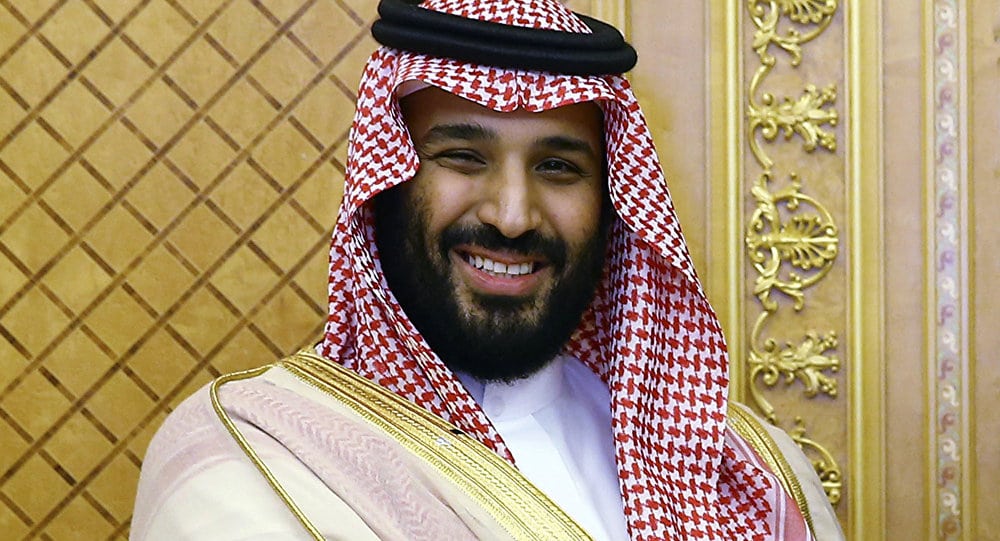 The squeeze is now on many of the Royal Princes in Saudi Arabia who have abused their system and helped themselves to far too much oil revenue.

Prince Salman is now fully supported by his father and has also gained full support of Saudi Intel and the Saudi Military High Command.

Prince Salman is the Saudi First Deputy Prime Minister, the President of the Council for Economic and Development Affairs, and the Minister of Defense, and is very well educated as an Attorney.

It has been rumored but not demonstrated that Prince Salman gained support from the Saudi Military and Intel for agreeing to run a campaign against Yemen which has now failed. Perhaps this action originated from Israeli Likudists who have a long history of easily manipulating the Saudi High Command and Saudi Intel and also being conned by the CIA and Israelis into financing their frequent terror operations. Prince Salman is highly intelligent and is expected to quickly learn from such mistakes.

Prince Salman is a genuine tough guy, a serious nationalist and patriot, is not messing around, and is deadly serious about balancing Saudi Books for the first time in many years. It is now expected that he will do whatever is necessary to help Saudi Arabia survive as a nation-state, even if major social and economic changes are required.

He mandated a new law that women can now drive and more western type changes are coming. He is appears to be committed to westernizing Saudi Arabia as necessary to develop strong business relationships and trade pacts with other nations.

So far he is not at any risk for a coup d’etat despite the fact some powerful, older royal princes who were displaced from power by him have tried (and failed) and do not want to yield their previous power and excess wealth.

So far there is still oppression of dissent in Saudi Arabia, maybe even worse right now for a while. But it is expected to decrease over time as Saudi Arabia becomes more westernized in order to develop economically and learns to cooperate with other nations.

It is likely that Prince Salman knows that Saudi Oil Fields are being rapidly depleted with no more than 10 years left. And that the US is now likely to become the world’s largest oil producer under the Trump Administration along with the Russian Federation. This of course could drive Saudi oil prices down somewhat as their supply decreases.

As the US becomes oil independent with an excess of oil and continued large oil exports to Japan from the Alaskan oil (about 80% now goes to Japan as a part of secret agreement), it is expected that Saudi oil revenues will drop even more since the USA will not be purchasing Saudi oil anymore.

In addition, much of the Saudi oil equipment, pumps are aged, breaking down and the high quality senior technicians and engineers just aren’t there any more. Repair and maintenance costs are rising greatly and oil profits are down. Saudi Arabia must develop new industries and businesses to survive long term and must eliminate wasteful expenditures, and Prince Salman knows this.

Saudi Oil jet-setting playboys may soon be a thing of the past.

In the past various Saudi prince playboys have started their own international weapons dealerships and other side businesses, gotten into trouble around the world, have been wasteful and out of control financially, and developed bad habits with foreign women and vice. Prince Salman knows all about each of their extreme behavioral abuses through well placed contacts in Saudi Intel and is determined to put a stop to this waste of Saudi oil revenue.

The failure in waging war with Yemen has now apparently resulted in King Salman’s very firm resolve to get control over Saudi Finances. He is just beginning to understand that the Likudists and the CIA were chumping Saudi Arabia to serve as their sacrificial bitch and financier to generate war and conflict.

And Israel has been doing this to draw attention away from their own crimes against humanity, their Palestinian Apartheid, and to further the Zionist agenda which is to destroy all Islamic nations including Saudi Arabia in due time.

King Salman is a very quick learner and is now starting to connect the dots. It would not be surprising if he and his top generals decide to stop being Israel’s bitch by eventually aligning (secretly at first) to other Islamic nations. And perhaps this could eventually include Hezbolla down the road as Mideast Islamic nations wake up and bury their differences to form a large trading bloc together which will be necessary for their future economic survival.

Nor would it be surprising if Prince Salman eventually forms strong and lucrative trading alliances with China and Russia (and many other BRICS members) and a military alliance with Russia and then Iran and Syria (in secret at first). He is becoming very practically oriented and will likely do whatever is necessary to westernize Saudi Arabia enough to make it economically viable and bring it into current western taxation practices and corporate UCC law.

In fact, last October negotiations were begun between a wealthy Chinese businessman and Saudi Arabia to sell a part of Aramco to his Chinese company. No news yet if this deal was consummated or not. It’s a fair bet that Saudi Arabia will soon be accepting Yuans/Renminbis for Oil if they aren’t already doing so.

It seems that Prince Salman must have come to the conclusion that if he didn’t claw back all the billions that the numerous 30+ royal princes were stealing, Saudi Arabia could not survive long term as a nation-state.

It has been believed by certain sectors in American Intel that Saudi Intel was actually a functional merger of the CIA and Israeli Mossad but mostly dominated by Israeli Intel albeit “quietly”.

Some older Saudi princes rightfully believe they carry true ancient Hebrew blood and have an obligation to cooperate with Israel because of that but are unaware that Israeli Jews are 97.5% Khazarians with no ancient Hebrew Blood at all.

Prince Salman has now been accepted by the Saudi People, but not by many of the other princes who have been severely checked in their access to Saudi oil funds and uncontrolled wasteful lifestyles.

Prince Salman arrested a large number of princes and held them in a five star hotel. He told them they would be released as soon as they gave the billions of Saudi oil revenues back they wrongly took. Most refused at first but got tired of sleeping on a mattress in the lobby under armed military guard so they could not leave. Eventually after some time most gave in and emptied their accounts of the pilfered billions, giving them back to the Saudi government.

Those five princes that stubbornly continued to refuse have now been transferred to a maximum security Saudi Prison until they relent, and these holdouts probably believe that their friends in the military, the CIA or Mossad will stage a coup to displace King Salman and rescue them. That is not likely to happen because Prince Salman’s power base is now firmly in place and he is quite well respected by Saudi Intel and the Saudi Military High Command.

Besides that, Prince Salman has the popularity of a western rock star among many younger Saudis. His popularity is growing by the day.

Many of these spoiled brat princes (spoiled on billions of oil revenues) are bitter because they believe that some of their fellow princes were assassinated in aircraft crashes and poisonings which they suspected King Salman for. So far, there is no evidence that King Salman had anything to do with this and this fits more with Mossad practices than Saudi Intel.

These stubborn older princes, most of them close to certain older CIA Kingpins (from being educated with them inside America at a well known eastern military academy), felt certain that the CIA would rescue them. But the CIA has backed away from interfering due to major problems and exposures of RICO crimes back home.

King Salman has implemented a value added tax on many things, has reduced state wages and is cutting back on many expenditures. He is now taking well coordinated steps to restructure Saudi Arabia and save it from what seems to be a major economic erosion as oil revenues drop.

Numerous Mideast Islamic nations have been quite angry at the Saudis for being Israeli puppets in the past, and for financing ISIS and other revolts that have disrupted their well being in numerous ways.

Some of these surrounding Islamic nations hope that Saudi Arabia will fall when Israel falls, and many believe that unless major changes are made soon in Israel it will fall, because most of the world’s Intel agencies now all realize that Israel ran the 911 attack on America.

The only entities which love Israeli terror and perpetual Mideast war are those 66 families who own all the major blocks of stock in the major defense contractors and banks, the Israeli-America “Israeli-first” dual citizens, and those lobbyists, USG officials, members of Congress that feed at the Taxpayers DC trough like pigs and get incredibly rich from war.

There is now rumored to be a split in the IDF and Mossad senior and retired members who also now realize that Israel’s part in 911 is now generally known in various other nations including America in their high military commands. They realize that these entities now want serious revenge and will get it one way or another.

They believe that unless the Likudists and Bibi go, Israel cannot survive and will be invaded or destroyed as the whole world abandons it for their state crimes, war crimes, and synthetic staged and false-flag terror.

And the Boycott, Divest, and Sanction movement against Israeli Apartheid of Palestinians is now gaining support by the day. Already Europe in general has jumped on the BDS bandwagon despite futile attempts of the Zios to make it illegal.