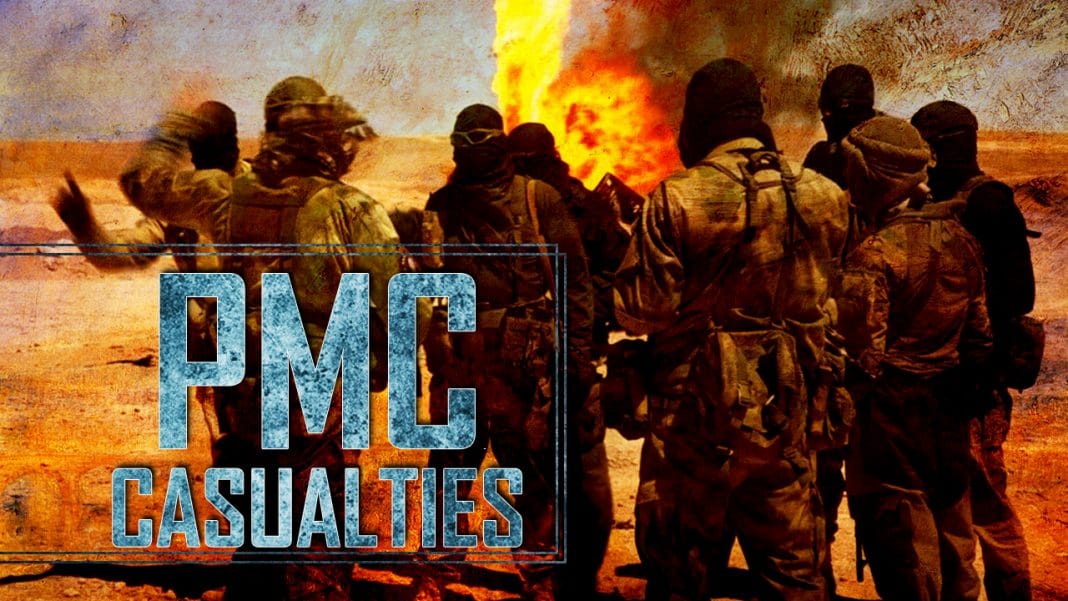 Mainstream media outlets and social media are full of reports that on February 7th hundreds of Russian private military contractors (PMCs) died in US-led coalition airstrikes on pro-government forces in the province of Deir Ezzor. Various sources provide different numbers, but one of the most popular versions is that between 100 and 600 PMCs were killed.

So, what is going on?

On February 8, the US-led coalition released a statement saying that on February 7th it had struck “pro-regime forces” attacking “Syrian Democratic Forces headquarters” in the Euphrates Valley. According to local sources, the US strikes hit the positions of pro-government forces near the village of Khasham. The CONICO gas facility and the nearby Jafar oil field were reportedly the targets of the alleged attack.

The US military described its actions as “defensive”. Defense Secretary Jim Mattis even claimed that the incident does not mean that Washington is “getting engaged in the Syrian civil war”. The Pentagon also said that it had informed the Russians via the de-confliction line in advance of the attack and no Russian personnel were there.

According to the Russian Defense Ministry, the US-led coalition struck a local militia conducting a military operation against ISIS cells in the area of al-Isba. 25 militiamen were killed in the incident.

Meanwhile, the pro-government Arab tribe al-Bakara announced in an official statement that dozens of its sons were killed in the US strikes without providing a precise number.

Later, on February 11, the ISIS Hunters of the 5th Assault Corps of the Syrian Arab Army said that on February 7th they had repelled a joint attack from ISIS and the SDF on Khasham and this had caused the US attack. The unit added that they had lost 20 fighters in the strikes. The ISIS Hunters are known for their links to Russian PMCs.

But there is another side to the story.

On February 7 and on February 8, the English-speaking mainstream media, like Politico, Reuters, CNN, were spreading reports that over 100 pro-Assad fighters were killed in the US strikes. All the reports were based on anonymous sources and were mixed with statements from the Pentagon and the defense secretary to look more reliable. According to these reports, a group of 300-500 government fighters, backed up by battle tanks and artillery, were involved in the alleged attack on the SDF.

On February 8, some infamous figures and media outlets of the Russian media sphere started spreading reports that Russian PMCs had suffered mass casualties in the February 7 incident. The conflicting reports, also based on anonymous sources, included estimates such as “two truckloads of dead bodies”, 10-20 killed, 100, 200, 300, 600.

On February 10, the Russian telegram channel WarGonzo posted 5 audio recordings of an alleged conversation among 3 PMCs. One of the voices provides the number of 177 killed. These audio recordings had also been received by a number of Russian journalists since February 7 and were most likely a forgery.

Meanwhile, the analysis of open info, including reports from relatives and friends of the PMCs involved in the operation, allowed all the concerned sides to find out that 5 Russians reportedly died in the aforementioned period. However, no details are available.

Independent journalists also noted that no aircraft, which could have been involved in the transfer of the killed and injured PMCs, had been spotted at Khmeimim Air Base since February 7. SouthFront correspondents and sources in Damascus and Deir Ezzor can also not confirm information regarding the hundreds of killed PMCs.

SouthFront’s military experts aware of the situation say that the possible number of the casualties could be higher than 5, but not more than 15-20.

The entire story about mass casualties of Russian PMCs is based on unconfirmed and fake data, that includes a few real facts like the US strikes, some PMCs casualties and the participation of the ISIS Hunters in the incident. The rest is an orchestrated campaign in keeping with the best traditions of propaganda.

The goals of which would be that: