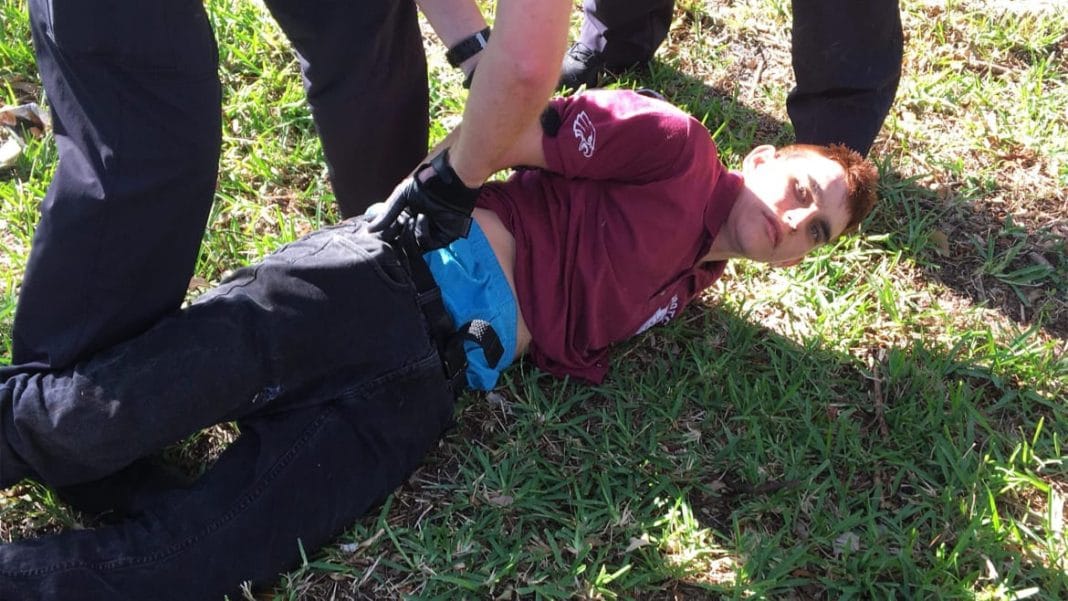 Update: As I had mentioned in the comments below this was a moving story and we would be watching for updates. The story was debunked today, and how it was done is quite a story in itself. Politico dug it all out, a good read. See our new story on it here...JD

[ Editor’s Note: We will be learning a lot about Mr. Cruz quickly as a mass of investigators are sifting through every shred of info they can find.

The biggest clue has come from this white nationalist group, who said Cruz had recently had an problem with a girl and suspected that this being done on Valentines Day was not a coincidence.

The ADL was quick to jump on the story to get some publicity. But it is quite the irony of a Jewish supremacist group putting the spotlight on a white nationalist one, how differently they are viewed.

The gun grabbers were on the assault before the bodies were cold, their usual self debasement which they are blind to, as Mr. Cruz was with his horrible crime.

Twenty minutes is way too long before engaging a shooter like this. A school of 3000 students had a lot of teachers. Certainly some could have formed an “on the premises” first line of defense. We are supposed to be a society of people willing to die to protect children, but I see the opposite in these school shootings.

The policy still seems to be that the facility has no responsibility of defending its students during the first few critical minutes. A shooter who finds himself under fire has to change his turkey shoot game plan.

That his how you save lives. That should be the first duty of the school, to create a threat to him so he makes a run for it … Jim W. Dean ]

Leader of Republic of Florida, a local white nationalist group, has confirmed that the suspect in the Florida school shooting was member of his organization, AP reports.

Authorities have identified Nikolas Cruz, 19, as the attacker who killed 17 and wounded 14 people at the Marjory Stoneman Douglas High School on Wednesday. Cruz has been charged with 17 counts of premeditated murder.

Jordan Jereb, leader of the Republic of Florida (ROF) group, told AP that Cruz “acted on his own behalf of what he just did and he’s solely responsible for what he just did.”

Jereb also said Cruz had “trouble with a girl” and he believed that it wasn’t a coincidence the attack was carried out on Valentine’s Day.

The Anti-Defamation League (ADL) said on Thursday that they called the ROF after self-described group members claimed Cruz was one of them on the discussion forum 4chan. Jereb confirmed that Cruz was associated with the group, having been “brought up” by another member, according to the ADL.

The ROF had not ordered or wanted Cruz to commit the school shooting, Jereb told the ADL. The ROF calls itself “a white civil rights organization fighting for white Identitarian [sic] politics, and the ultimate creation of a white ethnostate.”