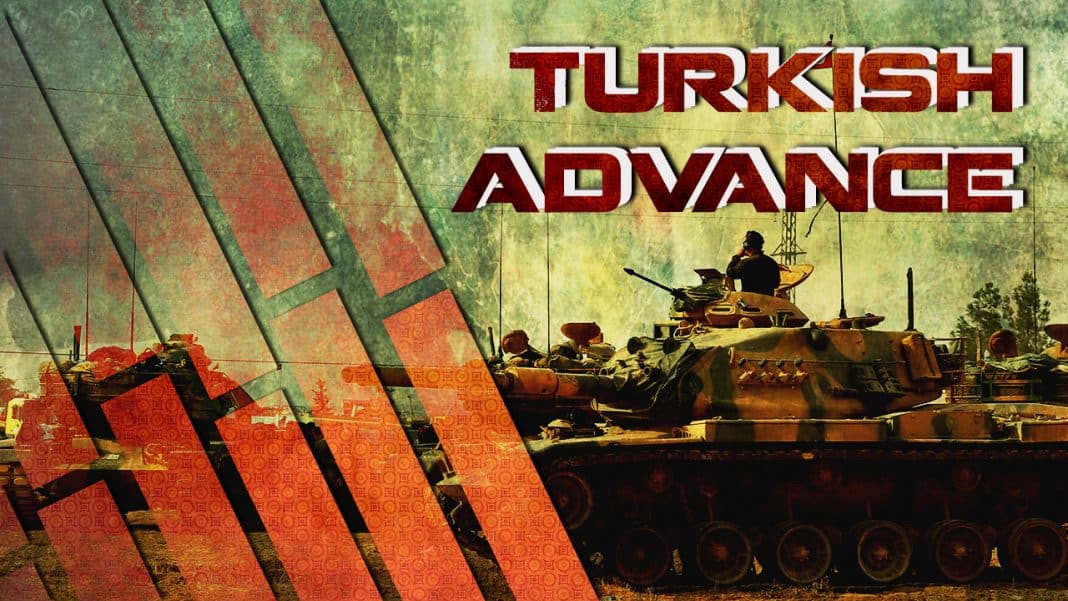 On February 15, the Turkish Armed Forces (TAF) and the Free Syrian Army (FSA) achieved a major breakthrough in their battle against Kurdish YPG/YPJ forces in the area of Afrin. The TAF and the FSA captured the villages of Karri, Sharbanli, Kamrash, Shadia, Khara Suluq, Jaqla Tahtani, Durakili and Diwan al-Fawqani. The YPG counter-attacked in Sirinjak and Duraqli but failed to achieve any progress.

Pro-Turkish sources say that over 40 YPG members were killed in the recent clashes. The total number of so-called ‘neutralized terrorists’ claimed by the Turkish General Staff since the start of Operation Olive Branch is over 1,500.

On February 16, clashes between Turkish forces and the YPG continued across Afrin as the TAF and the FSA further developed momentum.

Amid the Tukrish success, the Lebanese al-Mayadin TV reported that the Damascus government and the YPG had allegedly reached an agreement over Afrin. The agreement will reportedly allow units of the Syrian Arab Army (SAA) to enter the area. However, this report is still not confirmed by official sources. Previous media reports about the alleged Damascus-YPG agreement were dismissed by the YPG.

Another Turkish military convoy entered the province of Idlib and is now establishing an observation point in the village of Sarman, according to pro-opposition sources. The TAF already has observation points in al-Eis and Tell Tuqan. If it establishes the next one somewhere near Khan Shaykhun, any SAA offensive operation in Idlib will be blocked by Turkish forces.

Militant groups operating in northern Homs announced on February 15 that they had withdrawn from a de-escalation agreement with the SAA and said that they will not conduct any direct talks with the Damascus government. They also called on Ankara to help them to combat what they called the Assad regime.