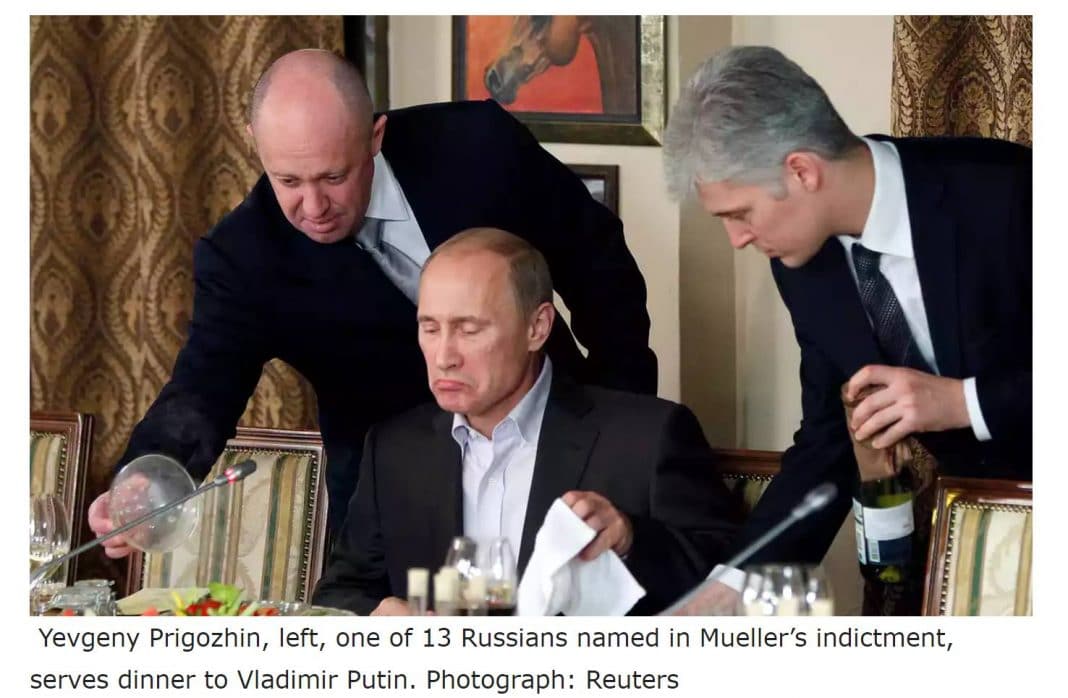 “They engaged in operations primarily intended to communicate derogatory information about Hillary Clinton, to denigrate other candidates such as Ted Cruz and Marco Rubio, and to support [Democratic candidate] Bernie Sanders and then-candidate Donald Trump,” the indictment states.

“Mueller also delivered an indictment, figuratively if not literally, of tech giants Facebook and Twitter for handing Russia a weapon to turn against the American people – one that Barack Obama’s administration was impotent to deflect.”

Editor’s note:  Yesterday, Deputy Attorney General Rosenstein said Mueller’s Report was limited in scope and didn’t tie Americans in.  He lied and Mueller and his staff, all night long, briefed major media outlets showing that Facebook and Twitter (and Google, the real “Jigsaw” controller) were allied with “Russia” against America.  Read on, this is news blocked in the US by the Israel lobby but printed in the UK.

The plot against America began in 2014. Thousands of miles away, in a drab office building in St Petersburg, Russia, a fake newsroom was under construction with its own graphics, data analysis, search engine optimisation, IT and finance departments. Its mission: ”information warfare against the United States of America”.

What followed, according to an indictment brought by the US special counsel, Robert Mueller, on Friday, was a stunningly successful attack on the most powerful democracy in the world. It involved stolen identities, fake social media accounts, rallies organised from afar, US citizens duped into doing Moscow’s bidding, and two Russians going undercover in a ruse reminiscent of The Americans, a TV drama about KGB spies in suburban Washington during the cold war.

In his first criminal charges related to election meddling, Mueller accused 13 Russians and three Russian companies of an elaborate effort to disrupt the 2016 presidential poll with a covert trolling campaign, aimed in part at helping Donald Trump defeat Hillary Clinton. After more than a year of statements by the intelligence community, congressional hearings and media reports, this hardly came as a surprise; but the extent of Moscow’s audacity and reach did.

Read more at the UK Guardian