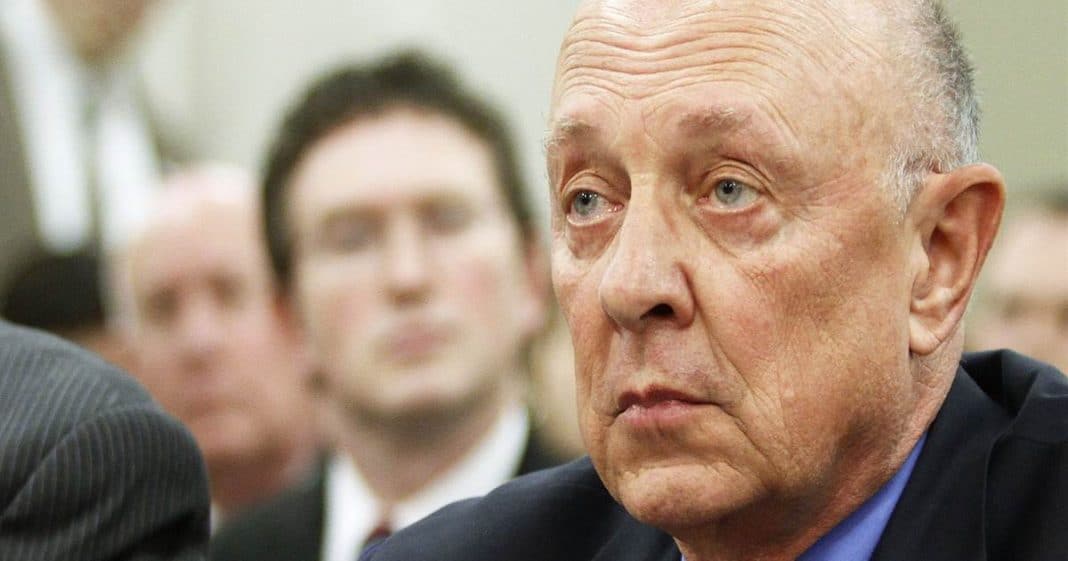 [ Editor’s Note: Gosh, business must be slow for Woolsey. It looks like he’s going into stand up comedy.

This is the same guy that signed up for the Free Pollard movement when some of the information he got that went to the Soviets liquidated the US network of a 1000 agents in Eastern Europe. It was the worst US Intel disaster in history and still locked up.

This was kept secret not only out of embarrassment at that loss but also to avoid letting the public know that our good friend Israel was selling us out to Moscow, a relationship that went back to its early days with Stalin.

Woolsey must think we are all hay seeds and not aware of America’s dark past in backing any and every cut throat dictator who would serve US commercial interests, especially in places like Central and South America.

The Soviet Union was already imploding before the Reagan era, with an antiquated broken infrastructure system, a military where much of its equipment did not work for lack of spare parts. Drilling had stopped for much of the Navy to avoid the public humiliation of ships having to be towed back to port after only a few hours on patrol.

The CIA played the game well of pumping up the Soviet threat to keep the money flowing, and then faking how surprised it was bottom fell out. Peace was the last they thing our military industrial complex wanted.

We are reliving a new version of that now where the Iran bogeyman deal did not work out too well, so “they” are falling back on the Russian and Chinese hordes waiting to pounce on us scam.

Woolsey should have known better to blabber this out as there is quite a bit of declassified material that has been out a good while that shreds the spreading democracy fair tale. Someone needs to re-brief him on the Gulf State political structures and how Sisi in Egypt is arresting all of this political opponents to “simplify” the election process. And don’t get me started on Ukraine.

The classified stuff is even more shocking, which is why its still classified, as some of the old scams are still going on now with a new coat of paint … Jim W. Dean ]

Following the US indictment of over a dozen Russian nationals for allegedly interfering with the US 2016 election—which Moscow calls as absurd—a former CIA director has admitted that Washington meddles in other countries’ elections.

Former director of the Central Intelligence Agency James Woolsey told Fox News on Friday that the United States interferes in other countries elections “only for a very good cause in the interests of democracy.”

Woolsey, who served as CIA director under former President Bill Clinton, however, claimed that the interference “was for the good of the system in order to avoid communists taking over.”

He made the acknowledgement at the same day the US Justice Department’s Special Counsel Robert Mueller indicted 13 Russian nationals and three Russian entities accused of interfering in the 2016 election which put Donald Trump to office.

The group is accused of “supporting the presidential campaign of then-candidate Donald J. Trump…and disparaging Hillary Clinton,” according to the indictment. It, however, includes no allegations that any of the “interference” influenced the outcome of the election at all.

“I don’t have a reaction because anything and everything can be published. We see how accusations, statements, are multiplying,” he said. “So until we see the facts, everything else is just blabber.”

Moscow has consistently denied the allegations.