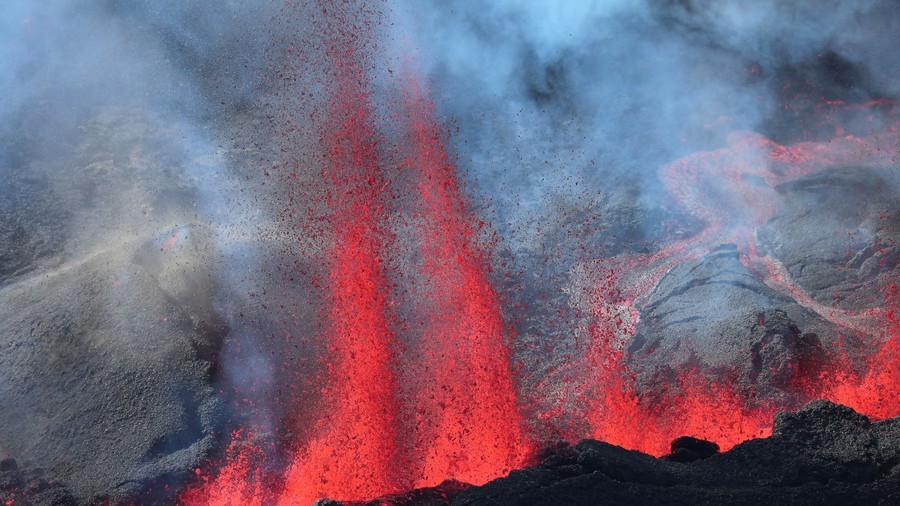 A magma reservoir potentially hidden behind an underwater volcanic crater could have civilization-ending results if it ever erupts, according to Japanese scientists.

Experts from the Kobe University Ocean Bottom Exploration Center (KOBEC) have confirmed that a giant caldera or large crater exists in the Japanese Archipelago. The crater, measuring 32 cubic kilometers, is said to be the largest of its kind and the result of an explosive underwater eruption 7,300 years ago, according to their latest study.

Sitting between the Pacific and Philippine Sea Oceanic plates, Japan is a hotbed for seismic activity, which is why scientists are keen on updating methods of predicting natural disasters. The KOBEC team has been carrying out detailed surveys of the area and published their findings in Scientific Reports.

READ MORE: ‘This is crazy’: Antarctic supervolcano melting ice sheet from within

Located to the south of Kyushu, the Kikai caldera has very small chance of erupting over the next 100 years, reports KOBEC. However, the lead scientist studying the volcanic formation has given an ominous warning about the bubbling caldera’s destructive potential.

The probability of a gigantic caldera eruption hitting the Japanese archipelago is 1 percent in the next 100 years, it is estimated that the death toll could rise to approximately 100 million in the worst case scenario,” professor Yoshiyuki Tatsumi, head of KOBEC, told The Mainichi.

Super eruptions are rare, with Yellowstone Volcano Observatory scientist Michael Poland telling RT.com that the odds of civilization-ending explosion is “astronomically small.” However, scientists researching the Kikai caldera believe that a giant magma reservoir may lay hidden below the crust – and an eruption could be deadly.

“An eruption like this would see over 40 cubic kilometers of magma released in one burst, causing enormous damage,” a KOBEC statement reads. “The mechanism behind this and how to predict this event are urgent questions.”

A team of scientists armed with underwater robots plan to return to the crater in March to determine whether the magma build up exists. It’s hoped that KOBEC and the Japan Agency for Marine-Earth Science and Technology will be able to use the research to pioneer a way to predict caldera eruptions.