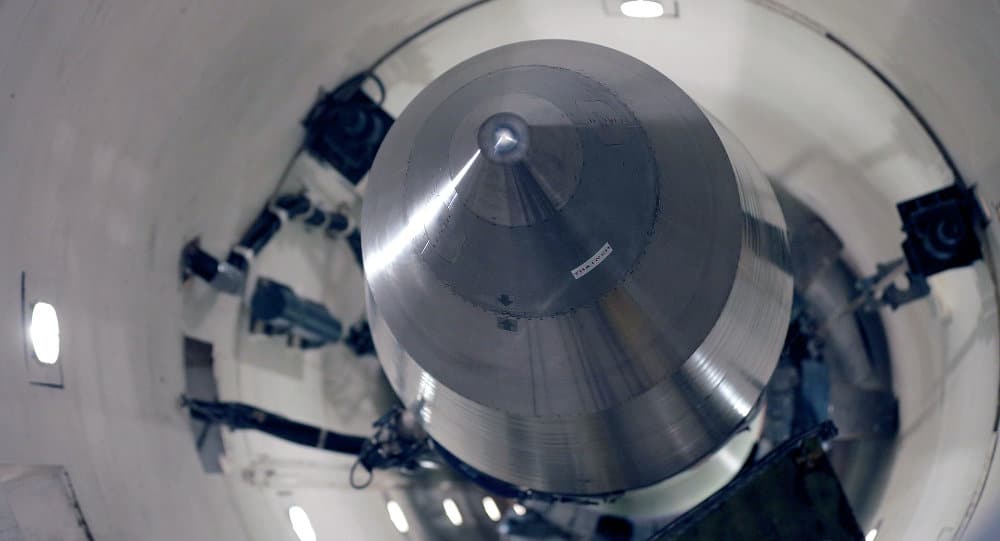 [ Editor’s Note: Chas Freeman is a true blue government career person who never went over to the dark side. Although he is not highly visible with a steady volume of content, he does weigh in at strategic times.

There is a line of thinking that the less you say, the more weight it carries when you do, to which I would say that it sometimes would be the case.

But with so much going on in the world, the US with Trump at the helm taking the US Long March to dominate the planet, I feel we need quality and quantity.

But we take what we get, and in Chas’ case, the Israel Lobby has never laid a glove on him, as they have not laid a successful one on VT. With Foxman gone we don’t even get pot shots any more.

Freeman is right on the money that the new US Nuclear Posture review will spark an new arms race. That it is new race is a stretch. Putin is 100% right about the Aegis radars that have been put on land in places like Romania.

Despite claims they are loaded with kinetic energy ground-to-air missiles and are purely defensive, the Aegis systems can be changed over to fire medium range missiles in a few hours, something the Pentagon PR office never shared with the American people, lying by omission.

The deployment the Russians made inside their own territory was in reaction to the US’ “cute” breach of the medium range missile treaty. BTW, these Aegis radars can see deep into Russia even from Romania. But yet, the US thinks it can fool us into believing Russia was the violator.

The strategic long term situation is even worse, as once hypersonic missiles are deployed, whoever is closer to the target rules the day.

Now you know why the US and NATO have been moving up to the Russian and Chinese borders and using patsy countries as cannon fodder to be taken out early in a new war.

But the way the US looks at it, as long as they fire off all their US missiles in a first strike, it does not care. The destruction of those countries will just be called an act of aggression by Russia.

In the end, all sides will have hypersonic missiles at the ready, and worse, all on hair triggers, as they cannot be lost to a first strike. Once a target picks up an incoming attack, it has to fire off all of its retaliation weapons while it still can. Both Russia and China will be mass producing them at low cost to counter the US “advanced positions” by defense in depth.

And the worst-case scenario is that they have their computers hacked to make it appear they are being attacked, they respond, and then are nailed with launching a preemptive strike.

Now you now why China plans on using the South China sea as its defensive area. The naval battle will be fought there to keep US ships and subs out of medium or even short range missile firing range… Jim W. Dean ] 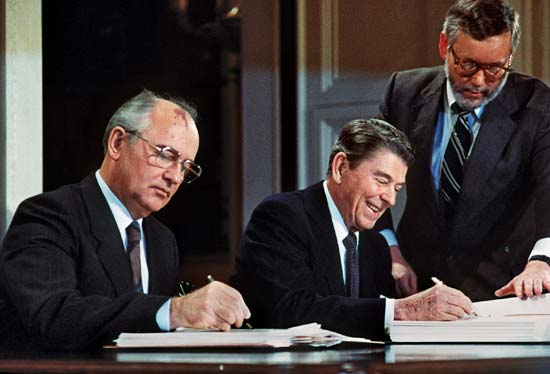 The Trump administration announced its new nuclear doctrine on Friday, claiming it would take a tougher stance on Russia. The NPR outlined that President Trump, just like his predecessor Barack Obama, would consider in “extreme circumstances” using nuclear weapons.

Freeman, who served as assistant secretary of state for international security affairs under President Bill Clinton, said the review appeared to prepare to release the US armed forces from weapons constraints they had kept for more than 30 years.

“These policy changes seem preparatory to withdrawing from the Intermediate-Range Nuclear Forces (INF) Treaty of 1987. This eliminated an entire class of land-based nuclear forces targeted at Western Europe and the European USSR,” he said.

Freeman said a US withdrawal from the IMF Treaty would presumably be premised on allegations that Russia has been cheating on its obligations.

Pulling out of the 1987 treaty “would allow the United States to develop and deploy short and medium-range cruise missiles against China as well as against Russia,” Freeman explained.

“This is therefore the first move in a return to levels of nuclear tension not seen since the height of the Cold War,” he said.

The wording of the review indicated that current US policymakers would be more ready to authorize first use of nuclear weapons, even against non-nuclear armed enemies, Freeman observed.

“It is also a doubling-down on the announced willingness of the United States to be the first to use nuclear weapons against a non-nuclear-armed foe,” he said.

However, the increasing likelihood the United States was prepared to use a nuclear weapon was bound to provoke a wave of nuclear arming by nations that felt themselves potentially threatened by the US armed forces, making the American people far less safe, Freeman cautioned.

“In my view, it will stimulate an effort by countries that feel threatened by the United States to develop nuclear weapons and the means to deliver them to US soil,” he said.

Far from deterring nuclear proliferation, the new US review was likely to motivate other nations to follow the example of North Korea in defying international pressure to develop their own atomic deterrents, Freeman advised.

The NPR “thus foreshadows others taking the path North Korea has taken toward safety through the development of a credible nuclear deterrent against US attempts at regime change,” he said.

Chas Freeman is a lifetime director of the Atlantic Council and served as US Deputy Chief of Mission and Charge d’affaires at the US embassies in Beijing and Bangkok. Freeman also held several senior level positions at the US Defense Department.