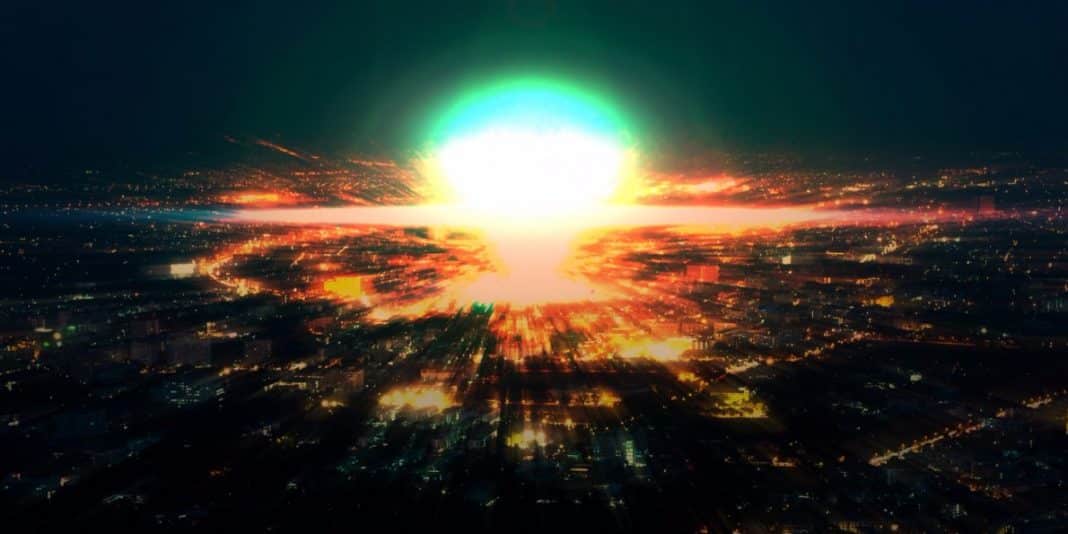 …by Sajjad Shaukat for VT

With the acceleration of firing by the Indian Army and Border Security Force (BSF) across the Line of Control (LoC), which has been targeting the innocent civilians and their property in Pakistani side of Kashmir and Working Boundary, tension has increased between Pakistan and India.

However, both Pakistan and India are nuclear powers. Hence, LoC tension needs appropriate analysis, as it has raised the question, does India wants atomic war?

In this regard, six people, including two children, were injured (In Pakistan’s side of Azad Jammu and Kashmir) on February 12, this year, during different incidents of unprovoked Indian shelling of mortars from across the LoC.

On February 4, this year, two civilians were martyred and seven others, including two children were injured after the Indian troops along with the LoC resorted to firing across the border, targeting various villages of the Azad Kashmir.

Similarly, on January 12, 2018, Pakistan’s Foreign Office (FO) Spokesperson Dr Muhammad Faisal stated that Pakistan had summoned the acting Indian deputy high commissioner to lodge a protest over the killing of an elderly woman in Azad Jammu and Kashmir.

He elaborated that so far “in 2018, Indian forces carried out more than 150 ceasefire violations along the LoC and the Working Boundary in just 20 days, resulting in the death of nine innocent civilians, while injuring 40 others. In 2017, more than 1,300 Indian ceasefire violations, the highest ever in the recent past, have resulted in 52 deaths…and 175 were injured.”

He further said, “The deliberate targeting of civilians is indeed deplorable and contrary to human dignity and international human rights and humanitarian laws…The ceasefire violations by India are a threat to regional peace and security and may lead to a strategic miscalculation.”

The FO spokesperson urged India to “respect the 2003 ceasefire arrangement; investigate this and other incidents of ceasefire violations; instruct the Indian forces to respect the ceasefire, in letter and spirit and maintain peace on the LoC and the Working Boundary”.

He added, “The Indian side should permit the United Nations Military Observer Group in India and Pakistan [UNMOGIP] to play its mandated role as per the UN Security Council resolutions…Ceasefire violations are a frequent feature along the LoC and Working Boundary despite the leadership of Pakistan Rangers and India’s Border Security Forces agreeing in November 2017 that the spirit of a 2003 ceasefire agreement must be revived to protect innocent lives.”

According to the National Disaster Management Authority, by June 2017, unprovoked firing by Indian forces across the LoC had taken 832 lives; left 3,000 injured and had damaged 3,300 houses.

On January 22, at a visit to the LoC and Working Boundary in Khuiratta and Ratta Arayan sectors, Pakistan’s Chief of Army Staff General Qamar Javed Bajwa has said that Indian aggression or any misadventure would always get a befitting response.

Regarding tension at the LoC, Times of India wrote on February 6, 2018, “In the absence of any diplomatic detente, the deadly war of attrition between India and Pakistan along the 778-km Line of Control (LoC) and 198-km International Boundary (IB) in Jammu & Kashmir has taken a sharp turn.”

It is notable that Indian army chief Gen. Bipin Rawat said on January 14, this year, “We will call the (nuclear) bluff of Pakistan. If we will have to really confront the Pakistanis, and a task is given to us by the government, we are not going to say we cannot cross the border because they have nuclear weapons…We will carry out any operation.”

On the same day, DG of the ISPR Asif Ghafoor termed ‘nuclear bluff’ statement of India’s army chief as ‘irresponsible and childish’ by adding, “Such irresponsible statements from a person of a responsible stature are deplorable…Pakistan has maintained nuclear arsenal to deal with threats emanating from its eastern border…To impose aggression on Pakistan may be an Indian desire. India can initiate efforts if it wants to test our valour.”

However, tension along the LoC cannot be seen in isolation, as it is part of interrelated developments which may lead to atomic war between Pakistan and India.

Since July 8, 2016, Indian security forces have martyred more than 600 innocent persons in the Indian Occupied Kashmir (IOK), who have been protesting against the martyrdom of the young Kashmir leader Burhan Wani and for liberation of their land. Kashmiri freedom fighters are demanding their legitimate right of self-determination, as recognized by the UN resolutions. They have accelerated their legitimate struggle in the aftermath of the martyrdom of Burhan Wani in wake of sieges and prolonged curfews, including arrests and detentions of the Kashmir leaders.

Meanwhile, on Setember18, 2016, India staged the drama of the terror attack in the Indian Held Kashmir (IHK) at a military base in Uri, close to the Line of Control with Pakistan. By manipulating the false flag terror assault, the BJP-led Indian Prime Minister Narendra Modi has also intensified war-hysteria against Pakistan and instructed Indian forces to continue shelling across the LoC.  Notably, Islamabad also exposed the myth of Indian surgical strikes inside Azad Kashmir, which also depressed New Delhi.

Nevertheless, New Delhi’s main aim is to deflect the attention of the international community from the new phase of Kashmiri Intifada, while pressure has been mounting on the Modi government both domestically and internationally to resolve the issue of Kashmir with Pakistan.

It is of particular attention that like the fundamentalist US President Donald Trump, BJP-led extremist Indian Prime Minister Modi had got a land sliding triumph in the Indian elections 2014 on the basis of anti-Muslim and anti-Pakistan slogans. Therefore, since the Prime Minister Modi came to power, he has been implementing anti-Muslim and anti-Pakistan agenda. Encouraged by the BJP, assaults on the Muslims by the Hindu extremist parties might be cited as instance.

New Delhi which has strategic partnership with Israel and America has perennially been manipulating the double game of the US-led West regarding world phenomena of terrorism in connection with Pakistan and Afghanistan, while exploiting their anti-Muslim approach to obtain Indo-Israeli-American clandestine designs.

Emboldened by the fanatic President Trump, India has continued shelling in Pakistani side of Kashmir which remains a nuclear flashpoint between both the neighbouring countries.

It is mentionable that BJP leader Dr. Subramaniam Swami stated on July 12, 2014 that India needed only two years to defeat Pakistan militarily, and the only solution of Kashmir was war, as “there is no peaceful, democratic solution.” Responding to the withdrawal of the US-led NATO forces from Afghanistan, he remarked, “Americans will hand over Afghanistan to Taliban and go…India should send at least 200,000 troops to Afghanistan.”

Nonetheless, it is wishful thinking of the BJP leader that India can defeat Pakistan. While, both the adversaries are nuclear powers, New Delhi has been ignoring the principles of deterrence, popularly known as balance of terror.

After the World War 11, nuclear weapons were never used, and were only employed as a strategic threat. During the heightened days of the Cold War, many crises arose in Suez Canal, Korea, Cuba and Vietnam when the US and the former Soviet Union were willing to use atomic weapons, but they stopped because of the fear of nuclear war which could eliminate both the super powers. Therefore, the two rivals preferred to resolve their differences through diplomacy.

Political strategists agree that deterrence is a psychological concept which aims to affect an opponent’s perceptions. In nuclear deterrence, weapons are less usable, as their threat is enough in deterring an enemy who intends to use its armed might. In this context, a renowned scholar, Hotzendorf remarks that nuclear force best serves the interests of a state when it deters an attack.

In the present circumstances, BJP-led government of Modi is badly mistaken, if it overestimates India’s power and underestimates Pakistan’s power. As Pakistan lacks conventional forces and weapons vis-à-vis India, so, in case of a prolonged conflict, Pakistan will have to use nuclear weapons and missiles which could destroy whole of India, resulting into Indian political suicide.

In the past too, Indian rulers had intended to implement their doctrine of limited war in Kashmir or to fight a conventional war with Pakistan, but they could not do so owing to Pakistan’s nuclear weapons.

Nonetheless, unlike the former Soviet Union and the USA, war-like situation exists between New Delhi and Islamabad due to the perennial firing by the Indian forces across the Line of Control and the Working Boundary in wake of the unresolved issue of Kashmir.

It is noteworthy that at present, fanatic leaders are in power in the US, India and Israel and they are in collaboration against the Muslims, Islamic World, Russia and China. And it is part of Zionist agenda to ‘denuclearize Pakistan’, as she is the only nuclear country in the Muslim World.

We may conclude that LoC tension and irresponsible approach of the Indian rulers can culminate into atomic war between India and Pakistan.